I’ve never been a big Bradley Wiggins fan.  He does way too much questionable stuff and acts pompus way too often.  I’ve written a couple posts about Bradley, about hanging on Tenerife, or about ranting about Paul Kimmage, etc.  I called him a douche.

I wish I would have called him a hypocritical douche.  David Walsh wrote an article in the Sunday London Times yesterday and was title, “It Looks Bad, Brad”.  See, I could have never thought up that catching title.

Anyway, he goes through Wiggins history with getting injected with steroids before Grand Tours, which he received TUE’s for.  But the hypocritical part is that he he wrote a book and said that he had never received an injection.  He exact quote is –

“I’ve never had an injection, apart from I’ve had my vaccinations, and on occasion I’ve been put on a drip, when I’ve come down with diarrhoea or something or have been severely dehydrated.”

No one made him write a book and say that.  So, that makes him look pretty much like a liar.  Plus, I’d bet you a million dollars that IV drip that he said he had been put on “occasion”, is way, way more than occasionally.  I’ve done two IV’s in my life, while racing, and that seems like doping to me.  At least it feels that way.

Chris Froome, on the other hand, doesn’t do what Wiggins does.  I wasn’t too initially big on him.  Almost seemed like a Wiggins clone.  But that is slowly changing.  He does do a few things that I don’t get.  Calling Levis up to ride, after breaking his wrist in the Tour, wasn’t big on my list.

He seems to be genuinely nice to people, calls for more test from WADA from training at Tenerife, and had become somewhat aggressive in bike racing.   It is a little hard to get over his pedalling style, but that is a little amusing, so it has some value.

RIchie Porte, that roomed with Froome told Velonews – “He is a nice guy. Anyone on Twitter or anywhere else who has a problem with Chris Froome, they’re the ones with the problem,” Porte told VeloNews. “He’s a good guy, he’s down to earth. He’s got time for everybody.”

Okay, Tucker was sick last night and up most of the night doing the same thing I did last week. He feels way better this morning, he’s already been swimming this morning and ate a tad, so that is great.  I don’t feel that good though.  If only I were a dog. 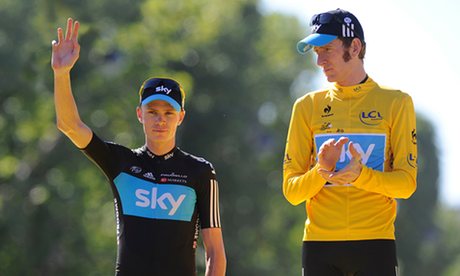 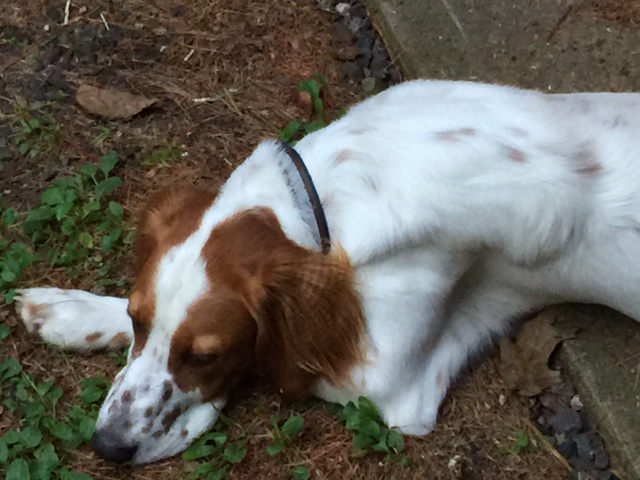 34 thoughts on “Wiggins vs. Froome”