Sorry about not posting yesterday.  I hardly ever miss a day.  I woke up early morning feeling pretty crummy.   And it only got worse.  I think I have food poisonings or something since it came on so quickly and intense.  Not to get too specific, but I am nearly 10 pounds lighter today than I was yesterday.  My stomach has been okay for the last few hours, so I’m hoping it is passing.  Man, if I had a handgun available yesterday, I would have considered just putting myself out of misery.

I was hoping to be up in Minneapolis yesterday, but that didn’t happen.  Trudi is flying into MSP from the World Tour race in Montreal today.  Dennis, Mick and Beth are going to pick her up, which is a super favor.  I’m hoping to feel a little better and try to pack up in a bit.  I have to bring a ton of stuff since we’re staying on the road through Jinglecross next weekend, so I have ton of bikes to bring.  Man, am I weak.

Anyway, I took a bunch of baths yesterday.  I was having a real problem controlling  body temperature, freezing one minute, then roasting the next.  I looked down at my legs and realized that my knees looked like John Howard’s when I was a kid.

I was lucky and had a bunch of great riders local. Not necessarily that local, but Midwest local. Marc Thompson was from Kansas City.  He was on the Olympic Team.  He along with John Howard, who was from Springfield Missouri, then Wayne Stetina, from Indianapolis.  When I first started racing, we had great races close.  The Tour of Kansas City was an Olympic Development Race, along with KU Criterium.  These guys all came and raced.

I can’t remember exactly where I first saw John.  It might have been National Championships in Milwaukee the first year I raced as an intermediate.  I don’t think he raced in KC or Lawrence that year.  Anyway, I looked at him and what caught my attention was his knees.  They were gnarly. All scarred up, cycling worn.  It totally freaked me out.

Then I was standing in my bathroom yesterday, all feverish and all I can think of is how my knees now look like John Howard’s.  My knees probably look worse now.

My right knee is healing slowly from crashing in Colorado a few weeks ago.  It was pretty much ground down to the knee cap, with a few stitches, so it is healing from the inside out.  It is going to be a few more weeks.

But even without that, my knees look bad.  I couldn’t tell you how many times I’ve taken all the skin off of each knee.  You can always tell how long a someone has ridden by their scars.  It you don’t have a pink patch on each hip, you don’t really race bicycles.  That and your shoulders.  And lots of other places.

John is out in California, riding, coaching and just doing his thing.  He just coached a women to the World Land Speed Record on a bike last week.  John did that himself a while ago.  I talked to him last time I was out there and need to go by and see his collection of bicycles.When I think about it, it is not a bad thing having knees that look like John’s. 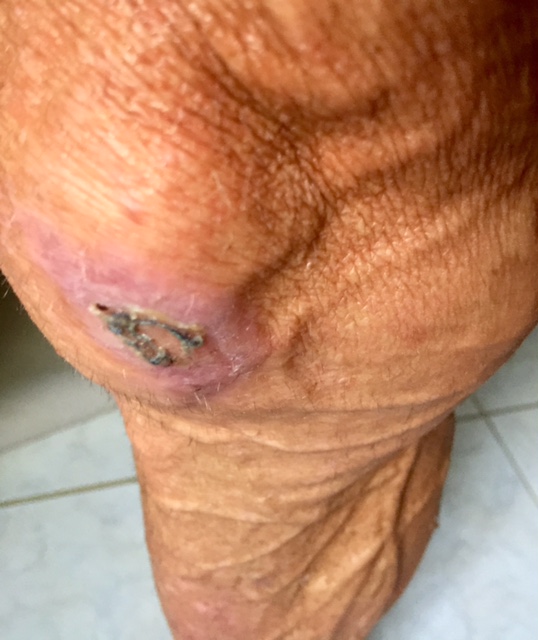 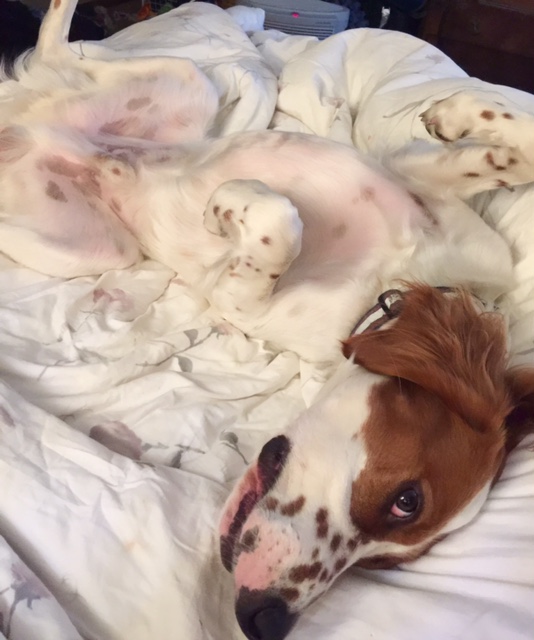 Tucker was super sensitive yesterday and stayed by my side all day and night.