I’m kind of more tweaked from falling twice last weekend than I initially though.  I wonder why that is?  Funny you think you would be hurt the most right when it happens, then it would only get better.  That isn’t how it works.

Robin Carpenter winning the Tour of Alberta was super.  I ride with Robin every time I am in San Diego and he is a super nice guy, really talented, and his aggressive racing style is paying off now.  He has had some super results, but this stage race win brought that to a new level. Congratulations.

I can’t say I’m too happy that Francesco Mancebo won the final stage in Alberta.  I thought his self-imposed banishment to the middle east was perfect, that is if he has to keep racing, but making his way to North America, to win races, is total bullshit.  That guy needs to go claim his 20,000 bags of blood from Operation Puerto and retire into his dungeon and live off of it.

Some of the big classic guys are in Canada for the two World Tour races there.  Trudi flew up there on Sunday and is hanging in Quebec City.  She sent me a picture of GVA’s bike, painted up gold, since he won the Olympics in Rio last month.  I guess he left his medal at home.

Man, Aldo Ilesic showed how fast he is last weekend in St. Louis.  I’d been behind the dude when he was leading out Daniel Holloway, but his finish speed is pretty unreal.  I saw a video he made of the Sunday race at the Gateway Cup.  It was a seatpost camera.  Early on, maybe 20 seconds in, I am maybe 10 riders back and you can sort of see me running into John Purvis and falling in the first corner.  But, that isn’t the point.  The point is that he came out of the last corner with Holloway on his wheel and just rides him off of it and passes the whole UHC train to win convincingly.  Pretty impressive stuff.  Here is the link to the video.

I’m liking Chris Froome more and more, which is sort of a hard thing to do.  But after he said that the Tour of Spain should have enforced the time cut rule and got rid of more than half the field, including his whole Sky team, I have to give him some credit.  He said that he would have just ridden the rest of the race alone.  Now wouldn’t have that been something fun to watch.

Time cuts are tricky and aren’t written in stone, so they can be extended, but that group just gambled on the odds that they were so numerous, that the race didn’t have the balls to kick them out.  And they were right.  But now they are all back racing.  Jempy Drucker, BMC, who won the very next day, was in that lollygagging group.  Think it is right to pretty much take a day off and then win the next day?  I don’t.  That is one of the reasons for the time cut.  Plus all the Sky guys are back, available for setting tempo for Chris Froome, with the extra energy they have from not racing that stage.  They should have booted them all.

The crowd funding site for helping out Danny Chew, who was injured in a accident a couple days ago is doing pretty well.  Nearly $40,000 has been raised.  That isn’t going to be enough considering his injuries.  Here is the link if you feel so inclined.

Okay, it is supposed to rain some the next couple days here in Kansas.  I am sort of hoping it is during the ride.  I’m thinking about taking a day off.  I don’t do that every often, but am not really motivated for it right now.

The Banff Mountain Film Festival is starting tomorrow in Lawrence.  Dan Hughes, Sunflower Outdoor and Bike, in Lawrence, always brings them back for a show at Liberty Hall in Lawrence. This year it is three days.  I’m thinking I’m not going to be around for the weekend, so am hoping to go tomorrow. If you have a chance to attend one of the shows that travel the country, don’t miss it.  They are wonderful. 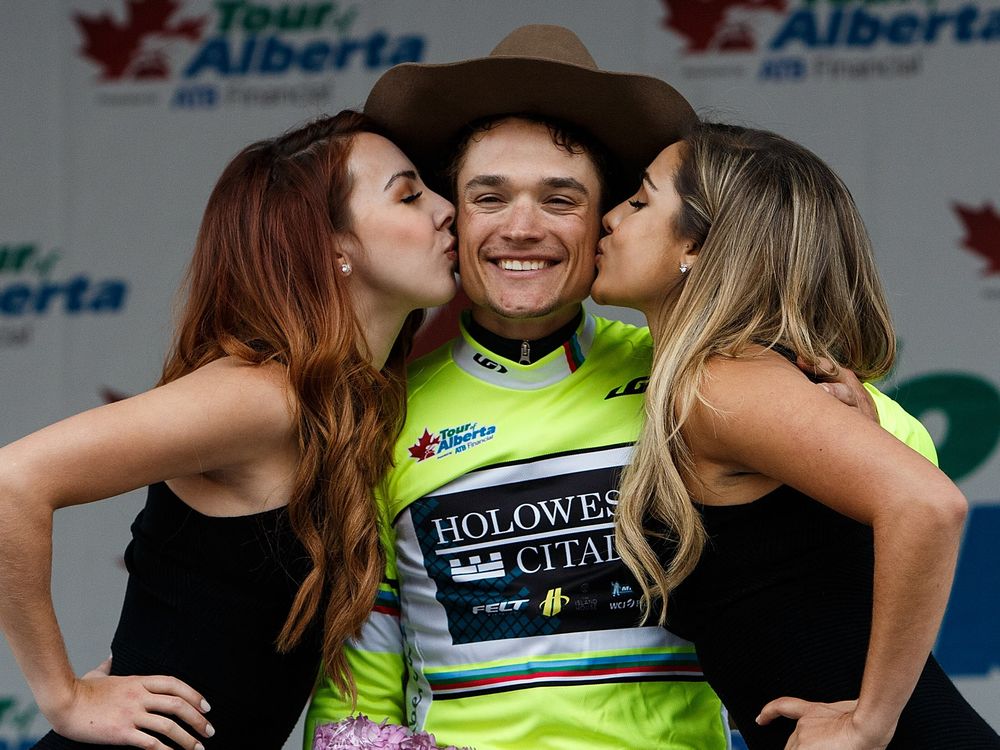 Robin Carpenter winning the overall at the Tour of Alberta. 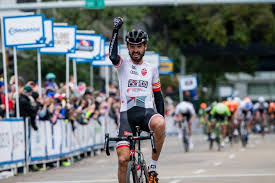 This guy needs to quit coming over here and stealing over rider’s life experiences. 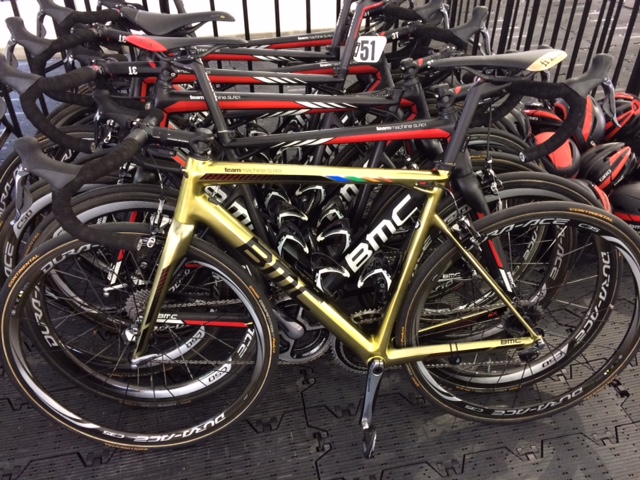 The BMC bikes lined up for the World Tour races in Canada this week. 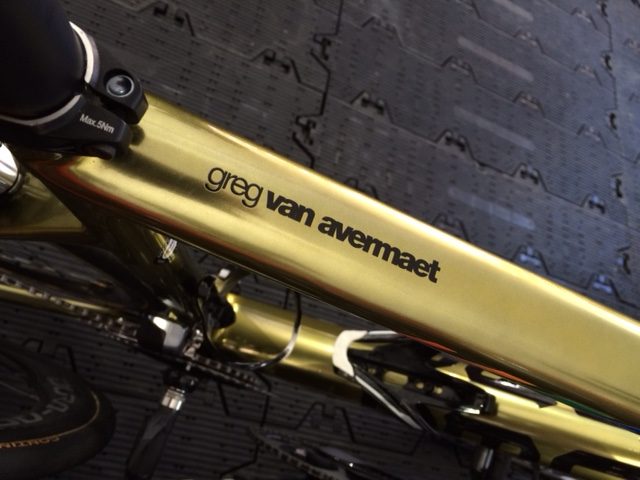 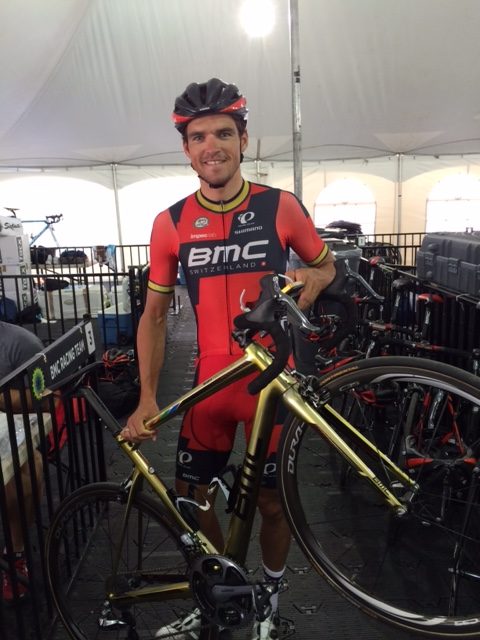 Greg with his gold bands on his kit. 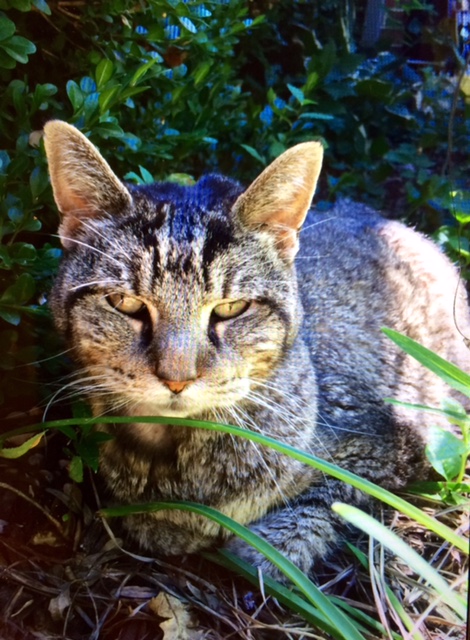 Our cat, Naomi, died yesterday. She was our oldest pet. She was a very good kitty, super loyal. She and Bromont were buddies, so I buried her next to him. I’ll miss her.