This might be the most boring “race report” I’ve ever done.  There isn’t much to write about yesterday’s race.  The course is a 4 corner, wide open criterium.  It was going around and around fairly quickly, but it was never hard.  Our average speed was always hovering around 30 mph, which seems fast, but it really wasn’t hard.

On the last lap, on the final corner, I thought I was in pretty okay position, but probably should have been a little more inside.  A couple guys ahead of me got tangled up and fell.  I had to grab a bunch of brake and then go super wide around the corner.  I came out of the corner about 50 guys back, but more importantly, 100 meters from the front of the field.  I sprinted a couple times, but realized I needed to not be in the wind the whole lap.

I made a sort of sketchy move, which I was called out on, with two corners to go.  I dove the inside of the corner, but there was tons of room, but I guess I scared some guy.  He came up to me after the race and was mad.  He said we were going for 50th place and why take risks.  I told him I didn’t take any risk.  He said he had to pull his brakes.  I asked him why that mattered if we were going for 50th place?  He didn’t really have an answer for that, but he was still pissed. In reality, he was closer to right than me, but if that was the worse incident he had in this race, then he should be happy.

I passed a few more guys and was hoping they might regroup a little, but no luck.  It stayed in line going 35+, so I ended up 33th place.  I did have a KOM on the 3rd side of the course, averaging 39.9 mph.  I was going pretty hard, but it is a little downhill too.  I finished 5 seconds back, which is about how far back I was at the first corner after avoiding the crash, so it goes to show you how important positioning is at the finishes of these races.  Especially when you don’t have a ton of race speed to make up for problems, which inevitably, always occur.

Today is a much harder race.  It is called the Hill area of St. Louis and is the Italian section.  I’ve had good races here historically.  I don’t think I ever have won this race, but know I’ve finished 2nd a couple times, then lots in the top 10.

I have set low goals today, just wanting to get a full race in.  I need race miles for sure, I can tell. I’m not as bad as I suspected, but am not that great.  I ended up with over 80 miles yesterday, counting a hour ride in the morning, then riding to and from the race, plus the 36 miles of racing.  I’m a little tired.

I didn’t catch up on sleep.  We had to get up early because Trudi had an early flight.  She is heading up to Canada for the two World Tour races there next week.  So I’m alone on Tucker duty.   It is a little time consuming staying at a hotel and all, but we have a routine, so it will be fine.

It is supposed to be in the middle 80’s today, then over 90 tomorrow.  The races get progressively harder as the temperatures are getting higher.   That’s not good.

The Tour of Spain has been pretty great the last few days.  I have it playing right now.  I’m not sure how Quintana got away from Chris Froome, but it is making for interesting tactics. 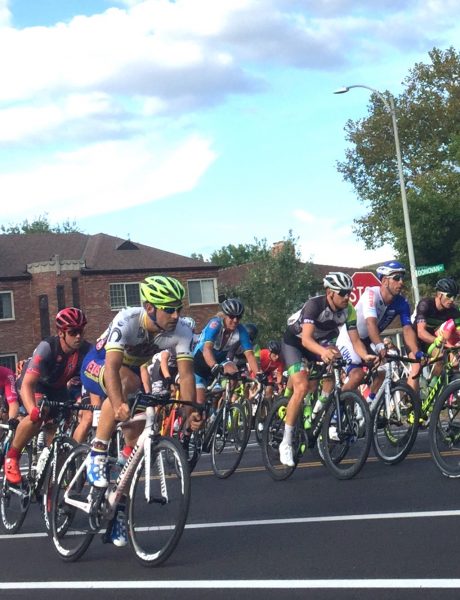 There was a lot of drafting to be had yesterday. 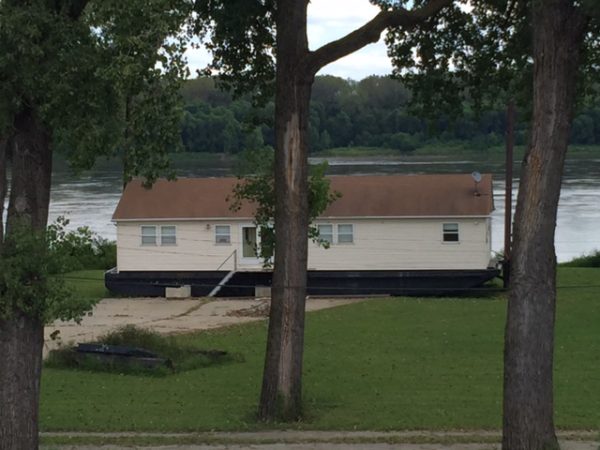 I saw this house by the Mississippi River yesterday out riding. It is build on a boat with poles beside it so it can just raise up when the river floods. 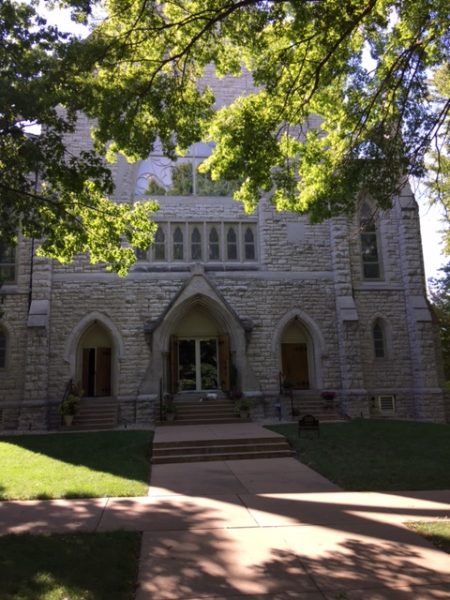 This is the church on the Layfayette Park course that has been turned into condos. I’d like to see the inside of the upper units. The ceilings have to be 50 feet high. 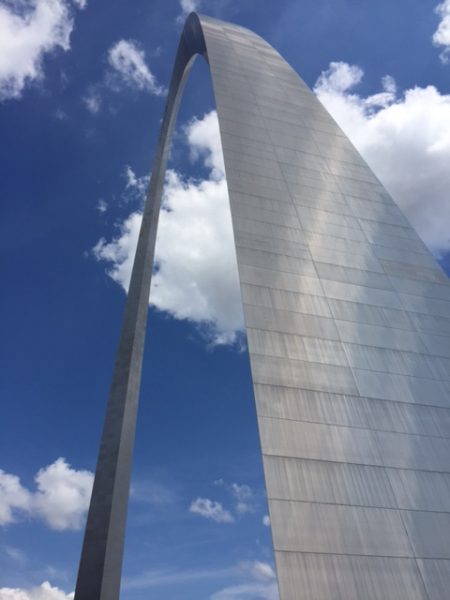 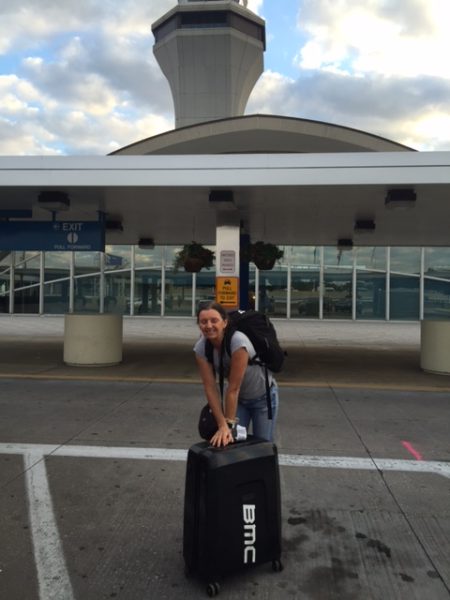 Trudi at the St. Louis airport this morning. 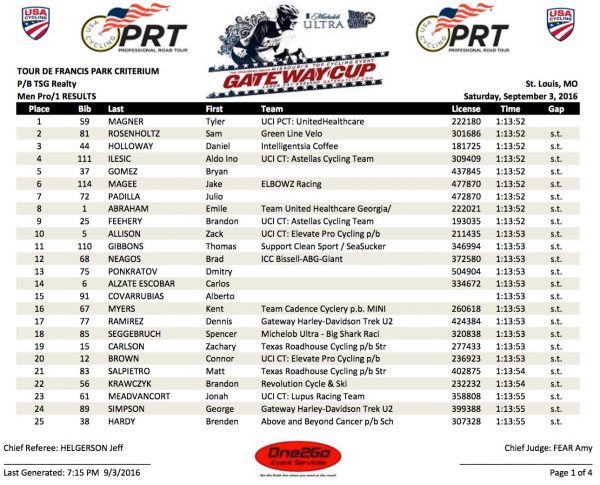 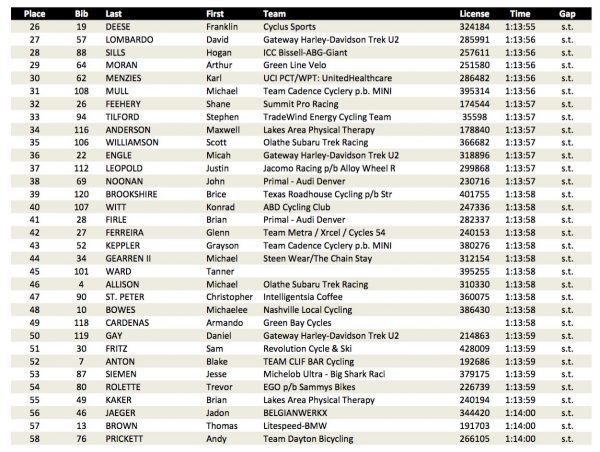 I hate being on the 2nd page of races like this. 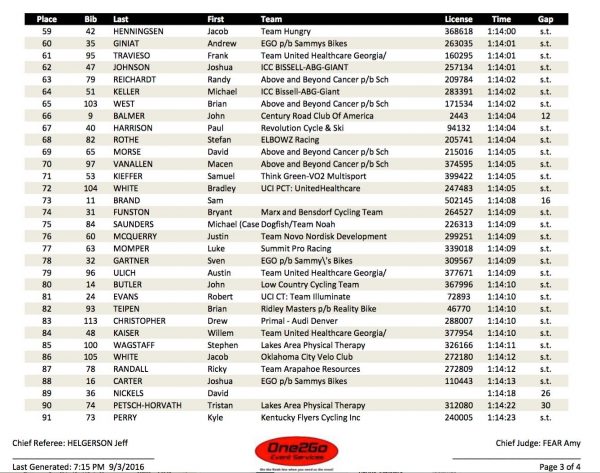 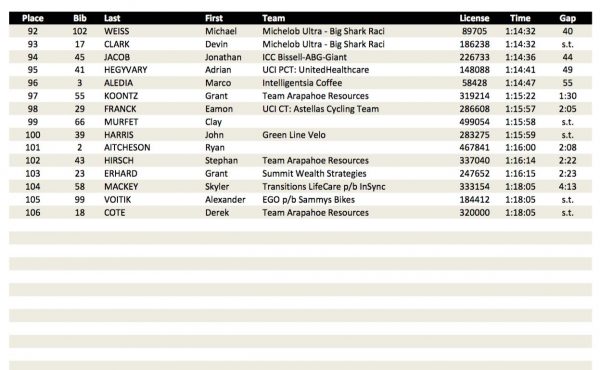 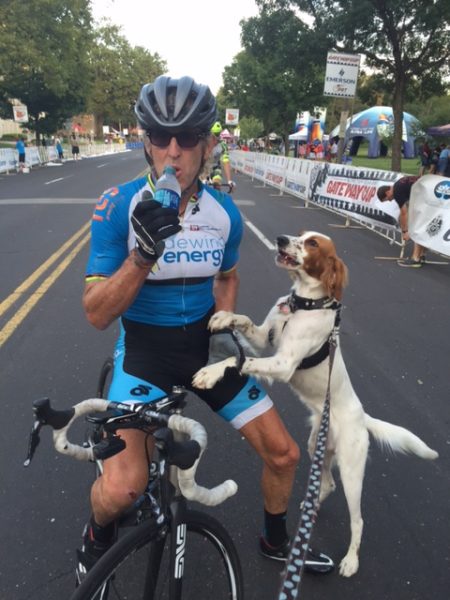 Tucker must have wanted some water after the race yesterday.