There is something about racing at night that makes it very hard to get to sleep.  I really like racing later in the day/night, but last night it didn’t treat me so good. I crashed.

The Lafayette Park race has gone on forever.  The surrounding neighborhood has really went through a revitalization.  It used to be pretty shady.  Lots of boarded up old homes. Beautiful homes, but neglected.  Not now.   This homes are spectacular.  There is even an old church that has been turned condos.  It is amazing.  I talked to one of the owners during the women’s race and he said the upper ones have 50 foot ceiling and one has the pipe organ in it. It is nice to witness a city changing for the good.

The course is just 4 corners and open.  It is fast.  They put up way more lights that in the past. There was hardly a dark area.

I felt alright.  Not great, but okay.  The speeds were pretty unbelievable constantly.  It wasn’t that hard, but it was quick.  I had a 30 mph average after the first few laps.  Everything was fine until about 7 to go.  That is when Unitedhealthcare went to the front to try to control the race.   They did the stupid riding the inside of the course tactic, then swing wide at the corners.  They didn’t invent this stupid shit bike racing, but they use it virtually every race they do.  It is so dangerous and on a course like this, it doesn’t do anything but hurt people and break equipment.  Plus, they are going slower than the race normally would be going.  I looked at Strava and nearly all the laps they are leading towards the end are some of the slowest of the race.  I don’t know how to fix this, but it needs to disappear from criterium racing.

I think there was one crash before the last 7 or 8 laps.  Of course there are more crashes at the end of a night time criterium because people are jockeying for position, but the ones at the end of this race were caused by the field being continually chopped by the UHC team at the front.

With 2 1/2 laps to go, on the 2nd side, the UHC guys were strafing the field and someone got overlapped and a crashed occurred in the middle of the field.  It was pretty close to the front.  I was a few guys back and ran into a pile without even tapping my brakes.  I thought is was going to be ugly, but for me, I came out of it relatively unscathed.  A Elbowz guy, seemed the worst.  I think he might of broken his collarbone, but I couldn’t really tell.  My lower back is tweaked, I’m missing some skin, but I’m not complaining.  My bike too came out okay.  Just my seat was destroyed.  I took a huge Crescent wrench and tried to straighten it, but it bent the wrench. That is crazy.  I guess seat rails are pretty strong.

And it didn’t come close to working out for UHC.  They didn’t place a rider in the top 3.  The course was way too wide open and a group of riders could always go over the top because of that.  Aldo Ilesic won the race.  He came directly back from the Red Hook fixed gear race in Barcelona, where I think he finished 4th and his team mate won.  Daniel Holloway was 2nd and local team rider Bryan Gomez from Gateway Harley Davidson was 3rd.

I talked to Daniel Holloway before the race and he said he was putting on a ceramic chain that was supposed to save him 5 watts.  He has huge jockey wheels on his rear derailleur that are supposed to save some more watts.  Seems to me that it just adds chain, but what do I know.

Today the race is at Francis Park at 5:15, so it will be light out.  I need to try to bend my seat more or get a new saddle.  I think I have one lined up with the Elevate guys, but would rather ride my own saddle.  I’d like to sleep some more.  I don’t think that is going to work out. 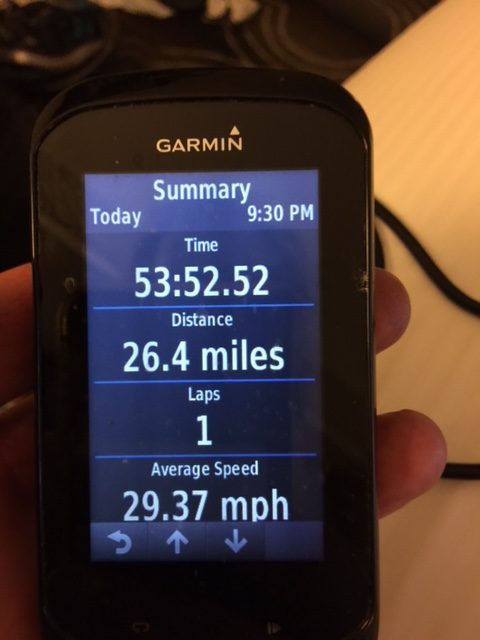 Pretty quick race. I’m sure it would have just gotten faster if I would have ridden the last two laps. 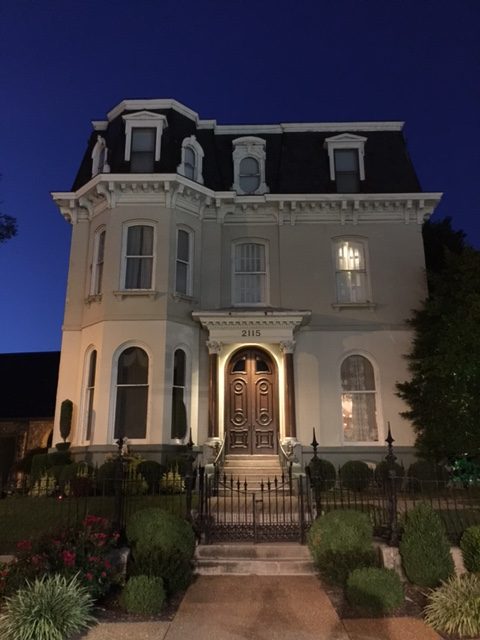 A house right at the start/finish line. The whole park is lined by these. 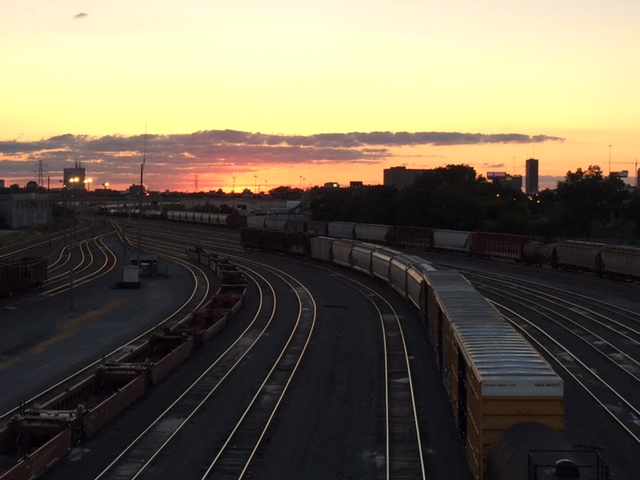 Riding to the race at sunset. 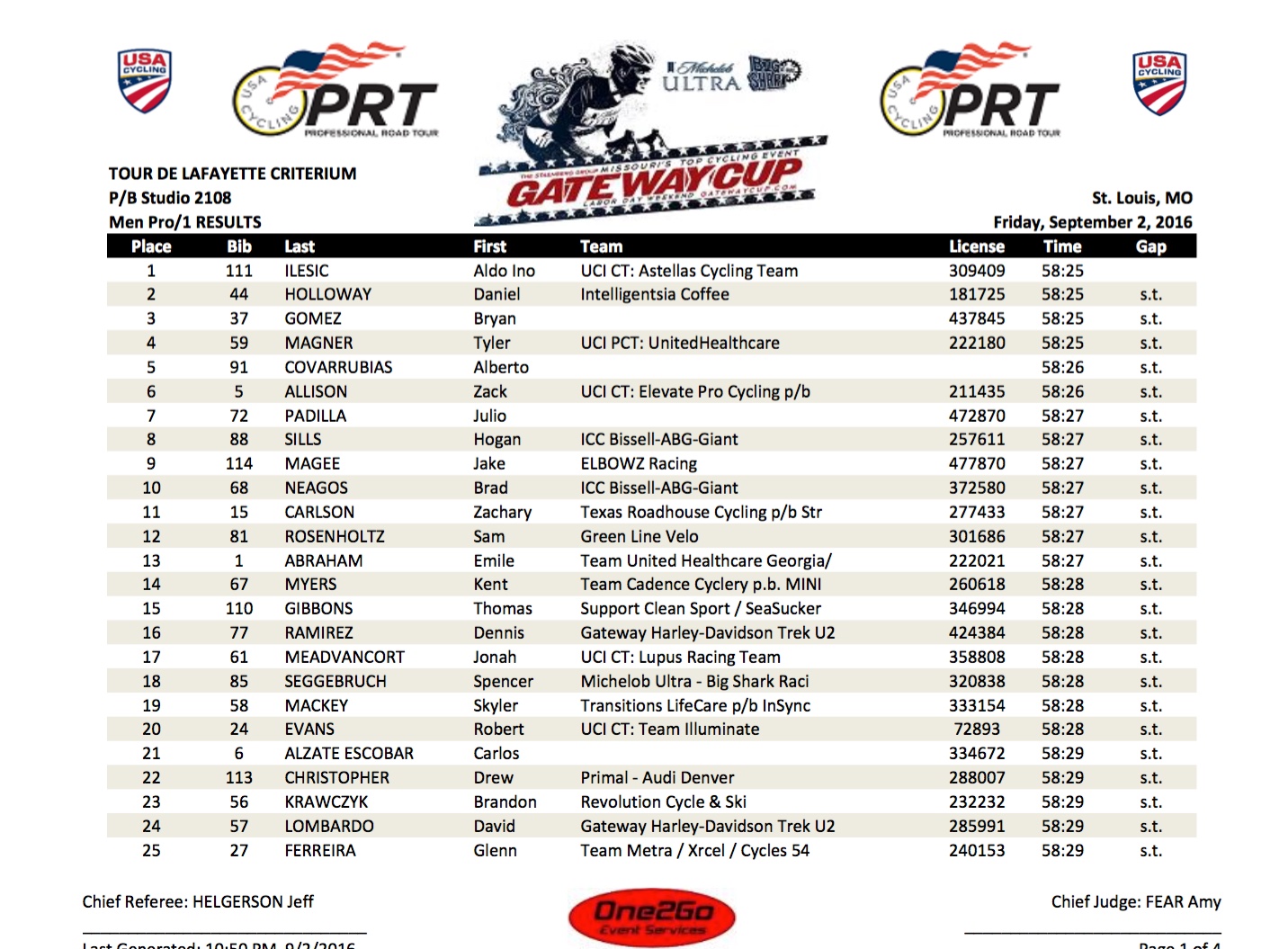 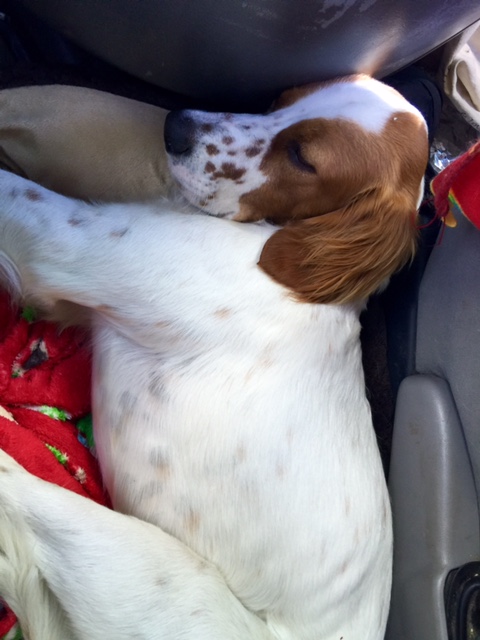 Tucker on the drive yesterday.