Yesterday I passed 10000 miles for the season.  Think it was riding with Tucker after the ride.  (Those Tucker miles are going to add up.  He’s up to around 4 miles a day now.  I didn’t want to run him too much when he was still growing, but now I’m upping his mileage some.)

I was surprised when I clicked on Strava and saw that it was 10K.  I thought I’d be about a thousand miles short of that.  I really haven’t been riding all that much.  I was sick some, then went out to Colorado and pretty much exclusively rode my MTB, which the hours are good, but the mileage is short.

My daily average is just under 42 miles a day and average speed is 17.6.  That is pretty good, once again, considering how much I’ve been riding MTB.  Plus the speed is slow because I’m lacking a bunch of race miles.

I can’t say all those miles have done much for my racing form, not that I know what that is.  I really would like to do a MTB and see how that goes.  But I’m going to drive to St. Louis on Friday and race 4 NCC criteriums at the Gateway Cup.  Talk about jumping into something I’m not prepared for.  But hopefully, I’ll be sort of prepared for it, after the fact, on Tuesday.  Cycling is great that it works that way.

I have done a lot of the miles alone this year.  I used to hate riding alone and now I do it regularly.  I still would rather go out with a group of friends, or a group of soon-to-be friends, than ride solo, but riding alone works for me now.

It gives me time to think.  I’d think I would be Albert Einstein or something after all that time for thinking?  I’m not.  But it does help me organize my thoughts.  I have to say, as I age, I like looking around at the same stuff, just appreciating it more.  The other night, I opened up the window when I got up to pee and listened to the night sounds for 5 minutes or so.  They seemed so foreign, yet so familiar.  The clouds and storms have been so great this year, that riding around here is like a moving picture lots of the time.

We had a ride scheduled at noon, but got a text from some guys in Lawrence that are riding this way, so we moved it up to 11.  I’m trying to do at least one longer ride a week on my MTB, to get used to it before Chequamegon.  It is weird, but you do pedal just a tad different on a MTB than you do on a road or cross bike.  I find myself pulling up on the backstroke just a little bit more.

Okay, I have to mess with my bike a little before the ride.  Plus, Tucker needs to go romp in the park for a while, or he goes stir crazy.  Have a nice Sunday. 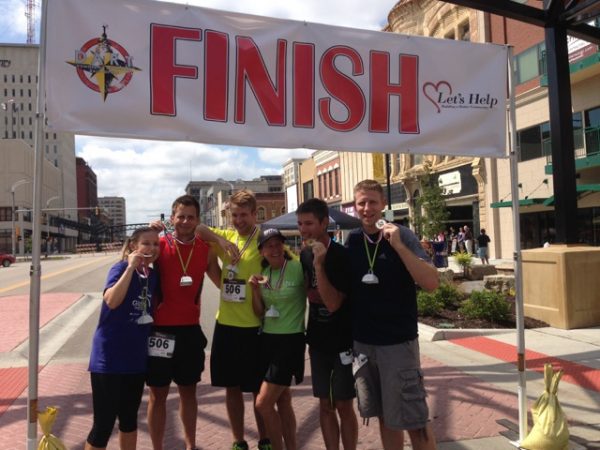 Catherine, Eric and Bill’s team won the Downtown Adventure Race yesterday morning. Bill carried a Garmin with him and I heard it was over 5 miles of running. They are going to be sore, either today or tomorrow. 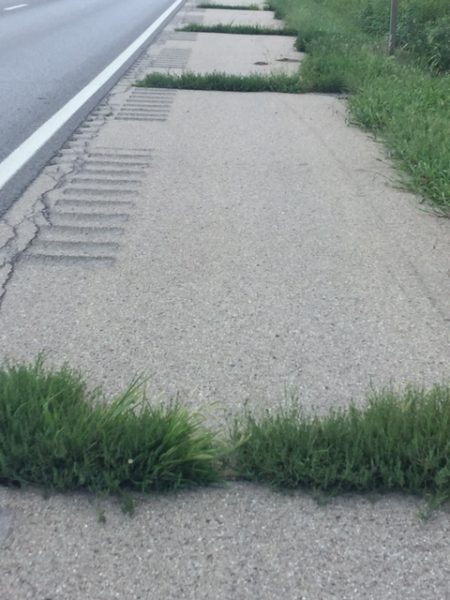 Our roads suck in Kansas. They are falling apart. This is the shoulder of a State Highway between Lawrence and Topeka. I wonder what the highway workers are thinking? 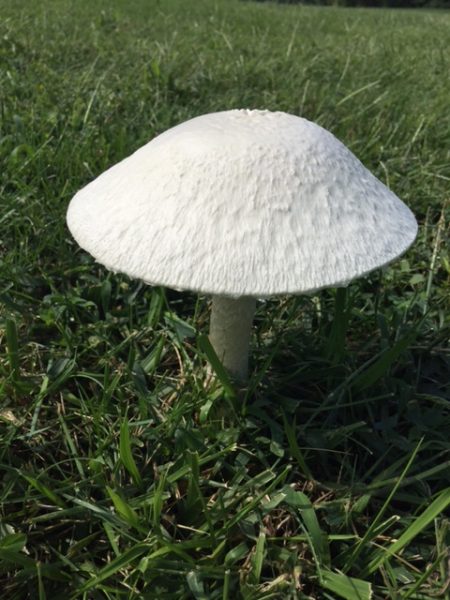 The mushroom from yesterday opened up. 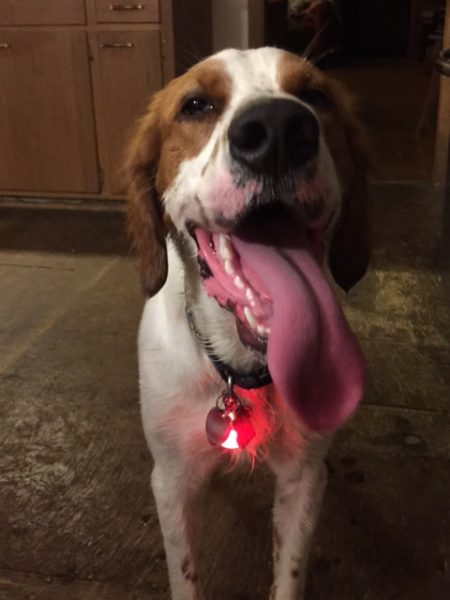 Tucker’s tongue is pretty long when he is really hot.