It has been raining a ton the last couple years during the summer in Kansas.  That isn’t usual. Normally, the grass goes dormant for a month or so, thus it turns brown-ish, then starts greening back up in September or so.  That is unless you run automatic sprinklers, even when it is raining, all summer and your yard stays perty green.

This year is another big rain year.  So, the grass has been growing throughout the summer. Hardly anyone in my neighborhood mows their own grass.  One guy from North Topeka has a corner on that market.  He is in the neighborhood from 8 am to sunset everyday, including holidays.  He is a little automated, like he uses self-propelled Honda push mowers, but he isn’t riding around on a zero turn radius riding mower.

I’ve been mowing lawns since I was small.  I probably started mowing when I was around 7 or so.  This was mainly mowing our yard.  As I got older, I used to mow a lot of the neighbors yards.  I used to walk down to the gas station, which was 2 blocks away and buy 2 gallons of gas in the morning, then start out mowing.  I think the most yards I mowed was around 10.  I could do them all in one day if I was quick.   But, the problem was, everyone didn’t always want their yards mowed on the same day, the day that was convenient for me.

When I’m gone, my brother mows.  He does it on Sunday’s I think.  But now since he is hurt, he isn’t going to be mowing for a while.  I don’t like mowing as much as I used to.  Mainly because of the dust and it seems like I am more allergic to the dry grass than I used to be when I was younger.

That being said, I still like mowing.  I just don’t love it.  There is a certain satisfaction mowing. You can watch as your work is progressing.   It is sort of like shovelling snow or roof.  You can actively see how much you’ve completed and how much you have left to do.

I used to mow artistically.  I’d try to mow and make the yard look like a golf course.  I’d mow diagonal in one direction and then the opposite.  I don’t do that so much nowadays.  That is mainly because most of the places I mow the grass is so pitiful that it doesn’t look that great.

But after you start mowing, you can get into nearly a zen-like state.  After I start, it is like a craving, it is hard to stop.  It is sort of like cycling, my mind wanders as I go through the motions.

I really should get a good mower.  All the mowers we’ve had recently have been junky, garbage picked mowers.  There is a certain advantage of a junky mower.  Mainly,  they are light, so it doesn’t take much to load them into the van over and over again.  But, they are underpowered and generally shitty. The mower I’m using now is a brand new mower my brother got from Walmar,t I think.  It had been used once and was broken.  He paid $30 for it.  It took him about 4 minutes to fix it.  From my experience with mowers, a Honda mower is impossible to beat.

Anyway, I think more people should mow their own yards.  I think it connects you to your property and exposes you to the neighborhood.  When no one is doing any yard work anymore, it is really hard knowing where anyone lives.   Garage door openers are the #1 reason that neighbors are strangers.  #2 is not doing yard work.

Anyway, I have a bunch of mowing to do, but it is going to rain most of the day.  I think I’m going to head out and start.  There is way less dust when it is a tad wet.  Too wet is a disaster, but just a little wet is good. I hope today doesn’t turn out to be a mowing bust. 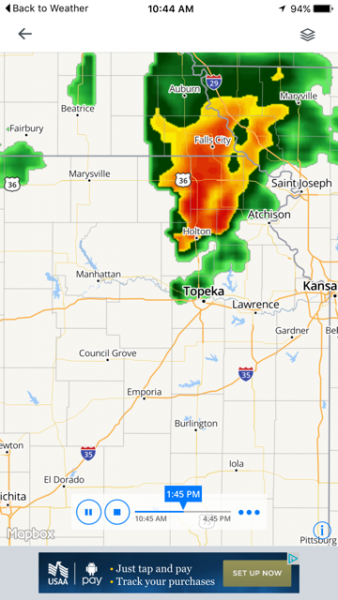 Hope this stays North as predicted. 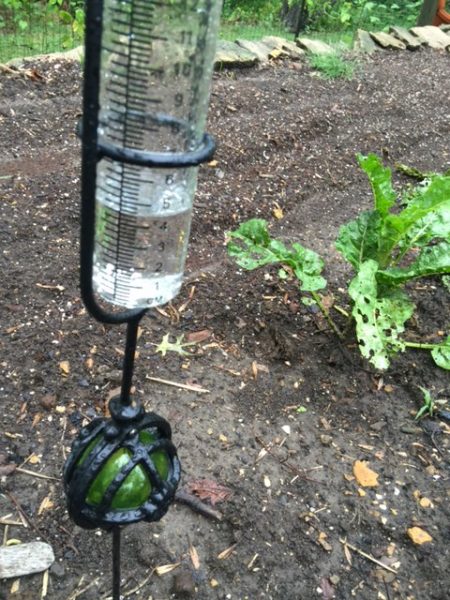 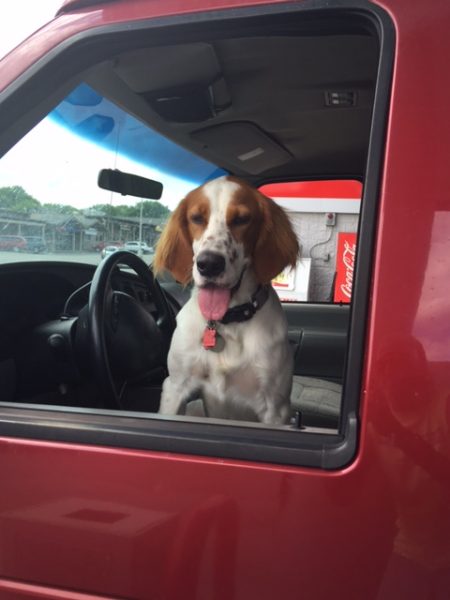 Tucker likes to go just about anywhere the van goes.

12 thoughts on “The Zen of Mowing”