The Internet is a two edged sword for me.  For most people I think.  It really makes many things much easier and enjoyable, but there is the too much deal.  It really has replaced the television as the source of entertainment for the majority of people.  With that, you get the guilt of overuse.  Am I wasting my precious time on the computer when I could be doing something way more useful?

I’ve been trying to curb that by not “surfing” the net much.  I do go to a few websites on a daily basis, but I don’t sit on my computer for hours just for nothing.

One thing that I never regret when using the Internet is when I’m trying to fix something.  There is always someone out there that has fixed the same problem as I have and feels like sharing it. And it is getting more common.  I’ve never made a video of fixing something, but when I do run into something that I find an easy fix for, I feel it is my responsibility to share that with all the guys that have saved me so much time and energy by posting their experiences.

Case in point is on a project I’m doing right now trying to get my ice maker in my refrigerator working.  It has been broken all summer, so my insulated bottles are sort of valueless.  But, ice is a nice thing, energy intensive, but nice all the same.   Bill’s refrigerator has had sort of the same issue, so I figure I’d research mine and maybe figure out his.

I initially thought my problem was the water flow.  I’d had that problem before.  Those cheap ice maker kits that punch a hole through your copper water line are valueless.  I cut mine out and replaced it with a 1/2 inch T and a proper 1/4″ valve.  I decided not to sweat in a new  t, since the pipe was wet, I bought a removable Sharkbite T and valve and it worked awesome.  It cost about $8 more, but the whole process took me about 10 minutes.

Anyway, nearly all the icemakers in all the refrigerators are the same.  And there are multiple Youtube videos out the how to fix them.  I think it you get lucky, you could probably fix your ice maker for less than $5.  But even if you have to replace the whole thing, it is only around $45, which is a steal compared to calling a repairman.

My main issue with this repair is my knee.  It involves some kneeling, which isn’t conducive right now.  But, I persevered.  I had already ordered a new ice maker from Amazon for $45 and then I was making sure it wasn’t the water  solenoid or some other problem.  I used this Youtube video for most my information.  The guy seemed smart and covered most of what I needed to know.

It turns out the heating element that helps release the cubes somehow fritzed out on mine.  I learned this by disassembling it.  I thought that maybe I could have just gotten a new element, but it had melted the plastic and circuit board.  Whatever, a new ice maker is showing up tomorrow.

So, I’m stoked that I found the problem and that it is a easy, relatively cheap, fix.  Most things around the house are the same, you just need to hope it is a common issue that someone has posted a Youtube video that show you have to fix it, step-by-step. 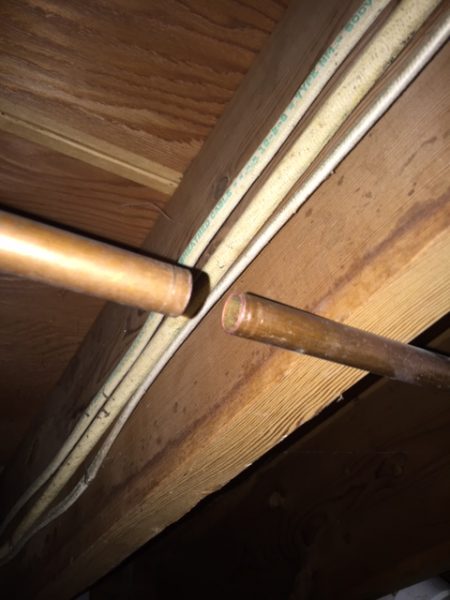 Just cut the old plunger thing out of the copper cold water pipe. 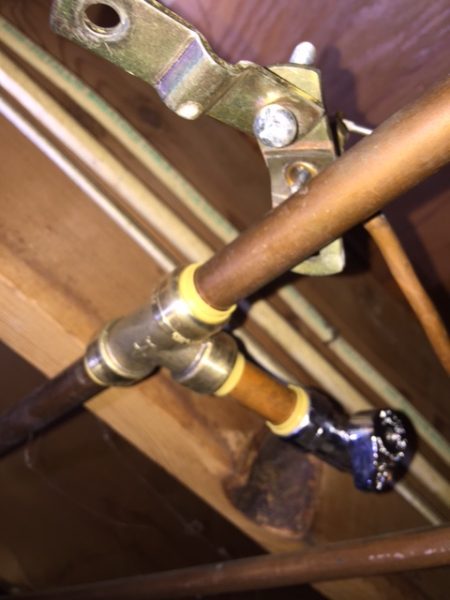 It is the thing above the new piece. 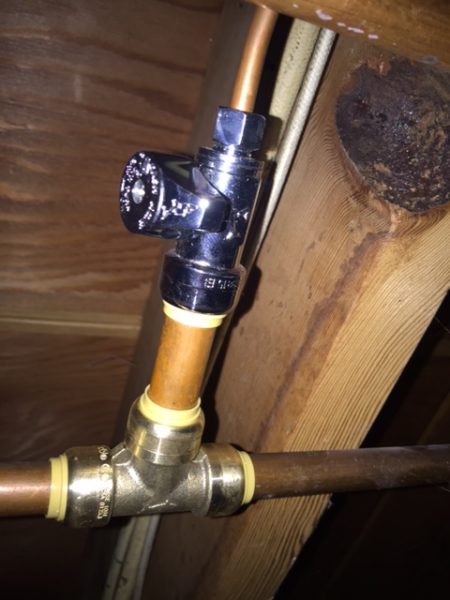 It puts out some much more water pressure. The Sharkbite connection was slick.  It is removable. 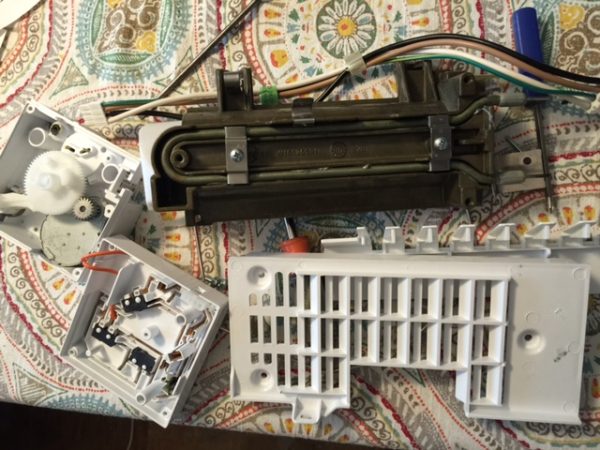 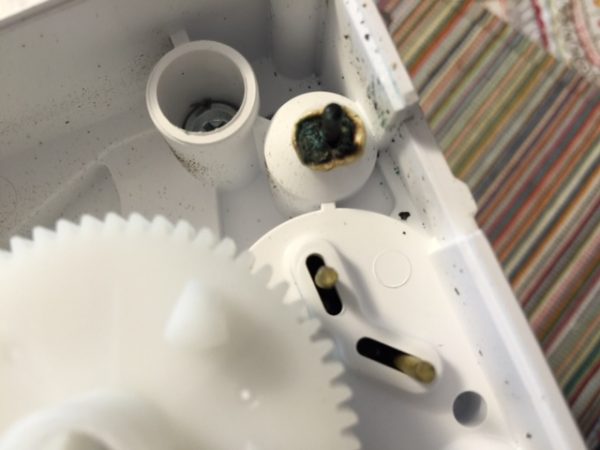 It melted the circuit board, so it is toast. 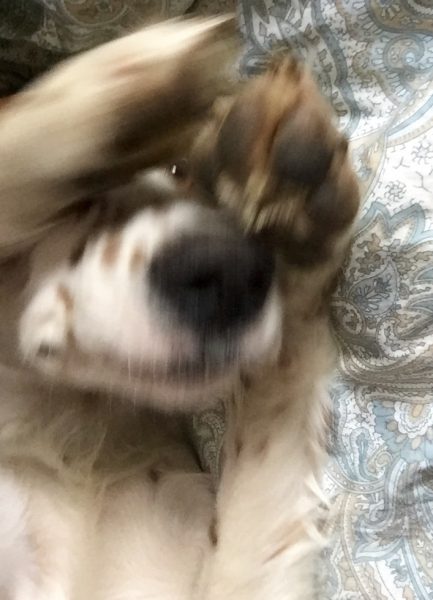 Tucker usually rubs his face with his paws before he goes to sleep. It is very cute.

20 thoughts on “Fixin’ Stuff / Best Part of the Internet?”