Both the men’s and women’s Olympic MTB races were great last weekend.  So much for a course that some described as a “bike path”.  I was surprised about how many of the women started the race all bandaged up.  And in the men’s race, there were tons of crashes and mechanicals, which isn’t a sign of a bike path course.

I was rooting for both Jenny Rissveds and Nino Schurter.  Both ride for my friend Thomas Frischknecht’s Scott-Odlo MTB Team, so that is great for that program.   I’m waiting for the mass email recapping the race.

Peter Sagan put himself in a position to make me eat my words.  I didn’t see the very start, but somehow Sagan beamed himself up to the front of the race early in the first lap.  That seemed nearly impossible to me.  It was such drag when he flatted.  I have to say, he didn’t look that comfortable following Nino around the course the first lap.  He lost time on both the climbs and descents, but easily made it up through pedalling on the flats.  I don’t think he would have won, but he was in the mix, so who knows.

Nino made the event look stupid easy.  That guy can ride a MTB.  They said he was using a 29’r, but his wheels looked smaller, so I think he might have been on a 27.5.  Either way, he rode crazy smooth.  I only saw him make a small mistake once which the course was slick from overnight rain.

So, Nino Schurter has his collection of Olympic medals, a gold, silver and bronze now from the last three Olympics.  He doesn’t need to collect any other medals, he has his owns.

The Olympics seemed like they are over before the started.  I guess that was two weeks.  Man, does time pass quickly.  I didn’t realize the Vuelta was 3 days in today, until today.  Too much cycling to follow.

I rode my MTB 50 miles on gravel yesterday.  I’m going to try to ride it a couple times a week for the next month before Chequamegon.    I’m hoping the 4 criteriums over Labor Day in St. Louis, the Gateway Cup, will jump start me and give me some speed.   Man, are those going to be painful. 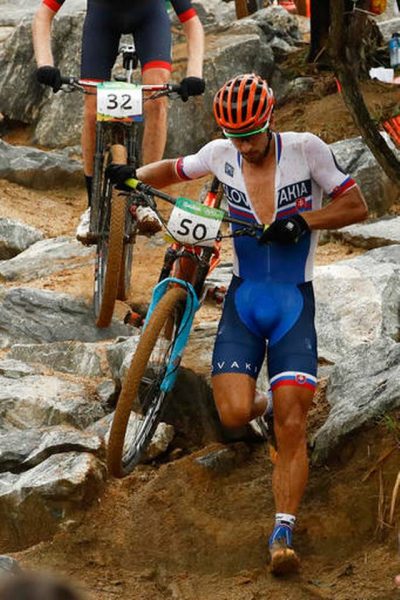 This isn’t a bike path I normally ride. 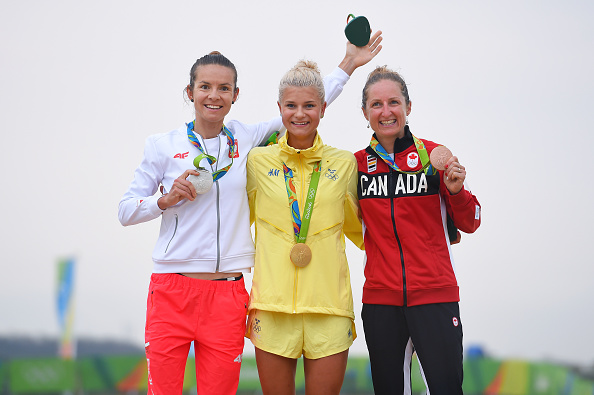 Catharine Pendral, Canada,  rode great to get the bronze. 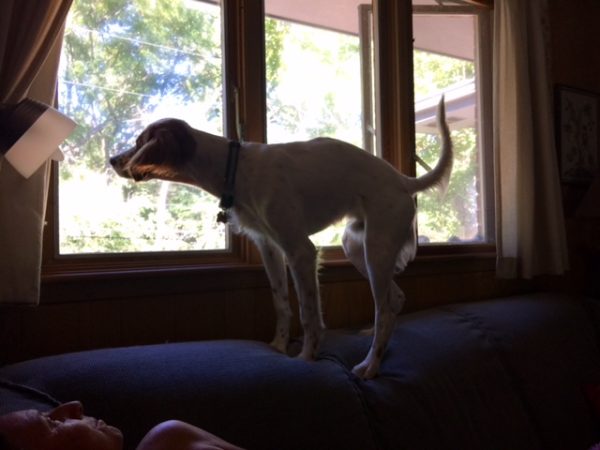 I think Tucker has been watching too many cats growing up.