The next couple days are going to be my favorite days of the Olympics.  (Not that the road cycling wasn’t great.) Tomorrow is the day for women’s racing.  It is the day for MTB and also Triathlon.  Both are tomorrow morning.  Then on Sunday, men’s MTB.

The MTB is just going to be interesting.  I have no prediction for the women’s race tomorrow morning.  It is really wide open.  On Sunday, I’m going with Nino.  It is the only medal the guy is missing and he has been on a roll this year.  Like I said before, I’m picking Sagan to finish somewhere between 5-10.  I don’t think he has the speed, plus his MTB skills have to be rusty compared to the guys that have been doing this for years, even though he has been training exclusively off-road since the Tour.

The women’s triathlon is hopefully going to be a continuation of same-old by Gwen Jorgensen. She is pretty much undefeated for the past 3 years.  She had a couple blips, but those blips were nothing.  I follow Gwen pretty closely and  she had been focused on this one event for years.  Funny how the Olympics dwarf other events.   You can win every race for years, but if you don’t win the Olympics, your career is missing something.  Doesn’t seem right, but that is the way of sport.

I’m hopefully going to ride some this weekend too.  My knee is still super swollen.  I know inflammation causes more inflammation, so I’ve been pretty cautious about bending it much. The stitches are healing pretty good and no infection so far, which is mildly surprising.  I have been cleaning it a couple times a day, which isn’t in my personality normally.  I was thinking about taking some oral antibiotics and now am glad I skipped them.

I picked my brother up yesterday at KU Med in Kansas CIty.  They pulled the chest tube out, which he says was the size of a quarter.  He seems to be getting around pretty good, at least walking around, but that is probably the pain killers.  They sent him home with a backpack full of Schedule 2 pills, which I told him he should take sparingly.  He was on oxycotin, oxycodone and fentanyl at the hospital.  Bet he sleeps a lot the next few days.  He final score was broken collarbone, broken scapula, 6 broken ribs and a collapsed lung that was filling full of liquid.  Hopefully the lung has been taken care of.  Now the bone healing starts.

Okay, supposed to really storm this afternoon.  70+ mph winds.  I like storms, but winds that high sometimes play havoc on infrastructure.  No tornadoes predicted though.  It is August and that would be pretty unusual. 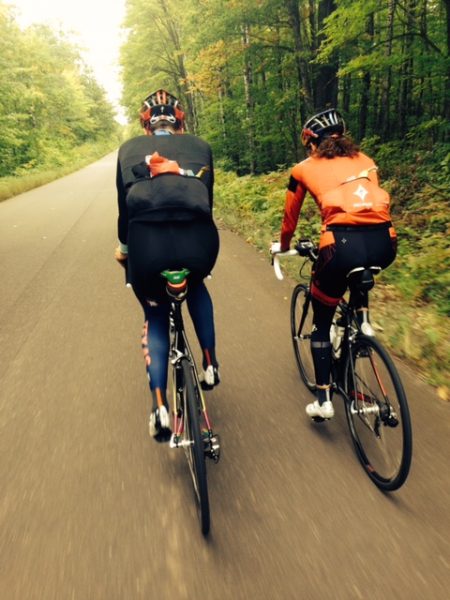 I rode with Pat and Gwen up to Bayfield County to get their marriage license. 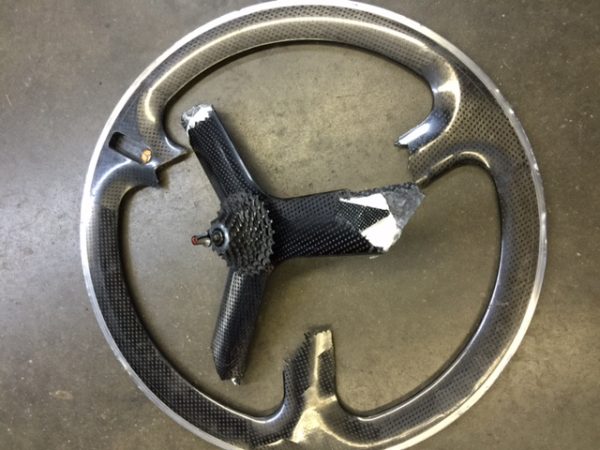 The trispoke that Kris was riding when he fell. I’ve never seen one explode so badly. 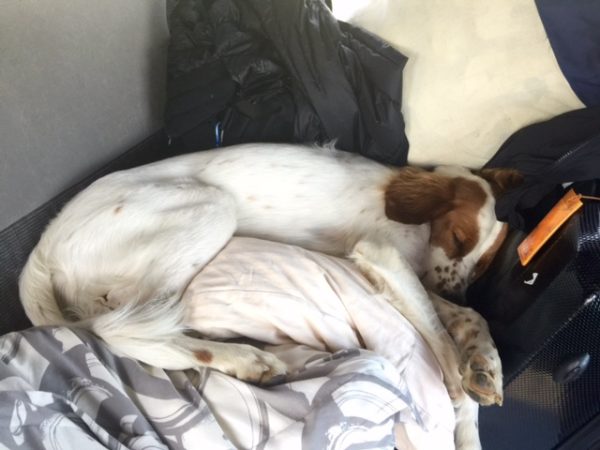 This is Tucker on the drive back from Colorado. He was beat. He hasn’t been himself and quit eating yesterday, so he is at the vet today. He had a fever of 103.8, so he doesn’t feel good. Hopefully it is just doggie flu or something. 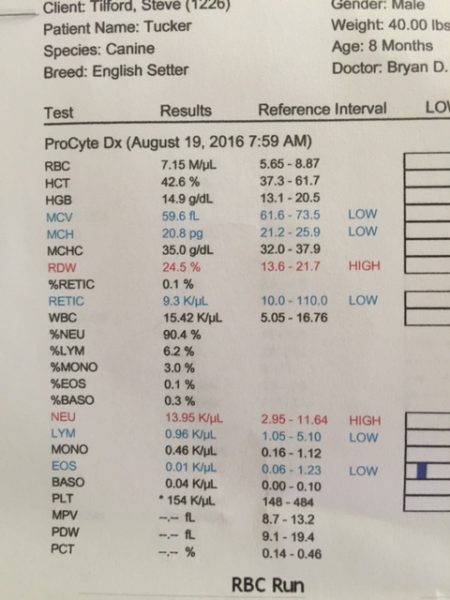 22 thoughts on “This Weekend’s Olympics”