Yesterday I got a call from my brother.  He said he was sitting in a motor home and wasn’t quite sure how he got there.  He said that he had crashed at the Kansas State Road Championships. He said he was jumping and his chain skipped, he started over the bars, nose wheeling, then came down hard, with his rear wheel sideways and proceeded to high-side into a ditch.  He said that he had broken his collarbone, possible his scapula and, of course, ribs.  He was waiting for a ride back to Topeka when the race finished.

Upon further inspection, his chain broke, not completely, but the side plate of one link came off, causing the accident.  What was cool was everyone else in the race stopped and waited while he was attended to.  Must have been early.

He got back to Topeka so late that the minor med was closed and he didn’t want to go to the emergency room.  He called this morning and is heading over there now, so we’ll see the extent of the damage pretty soon.

Meanwhile, I was out MTB riding, heading over to Breckenridge from Silverthorne and slid out on a loose corner.  I was going pretty fast, but I didn’t think it was a big deal.  I was turning right and my rear wheel slid out.  I think I must have tried to get my right foot on the ground because somehow, my right knee got stuck underneath me when I was sliding.  It wasn’t pretty.

I look down and my whole knee looked like hamburger.  It was so messy, I couldn’t really tell what was going on.  I sprayed it off with some water and could see a couple deep places, the rest was just raw.

I proceeded to head over to Breckenridge since I was 1/2 way there already and had to ride somewhere to get to civilization.

Trudi had driven over because I was trying to find a floor pump I’d left there a couple months ago at the rental house and needed a way to bring it back.  Plus, we were going to have dinner.

By the time I met up with Trudi, my knee was pretty stiff, encrusted in blood.  We decided it was best to head back to Silverthorne and clean it up.  We stopped at Whole Foods in Frisco and got take-out.

I got into the bathtub and started scrubbing.  There is only a small window after crashing that your body produces its own anesthesia and I wanted to make use of that.

Like I said above, it was a mess.  Ground by the granite, it looked like hamburger with a couple chunks missing.  I cleaned it as best I could in the tub and then poured a bottle of alcohol on it while scrubbing it again.  He still looked dirty, but I think the skin was just burnt or something. I called Stacie and she said it should be stitched up, even though most of the skin looked compromised, at least to me.

So, I stitched it up.  It took awhile.  It quit bleeding which was nice.  I clean it again and covered it with antibiotic cream and gauze pads.  This morning, it is super swollen, which I guess should be expected.  I don’t think there will be any bike riding today, my knee really doesn’t bend.

On a lighter note, I retrieved my pump in Breckenridge.  We remembered the garage code, so I went over there, was going to knock on the door, but no one was staying there, put in the garage door code and bingo, it opened and my pump was there.

I’m heading over to Walgreens to get a bunch of stuff to try to prevent infection.  I haven’t had that great of luck with knee wounds, in general, and this one bothers me.  I was hoping to help VIncent with some tiling of a bathroom down in Arvada, but I think that is going to have to be put on hold for a while. 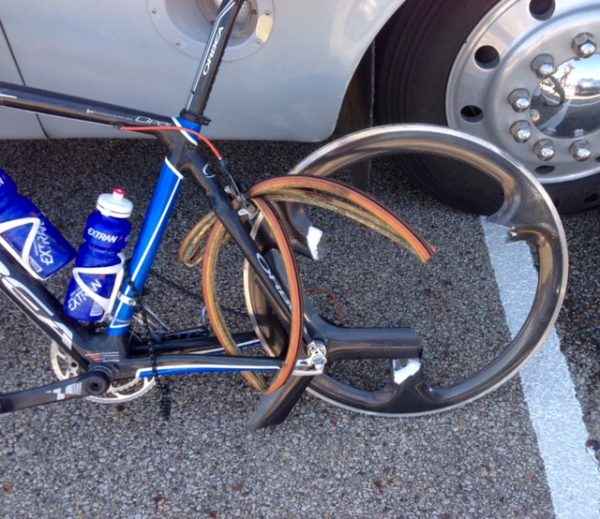 Kris’ bike after he landed on his rear wheel badly.That trispoke is pretty much toast, huh? 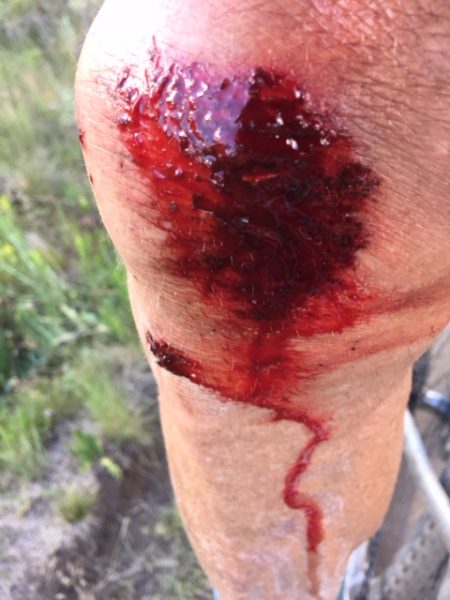 Right after I fell. 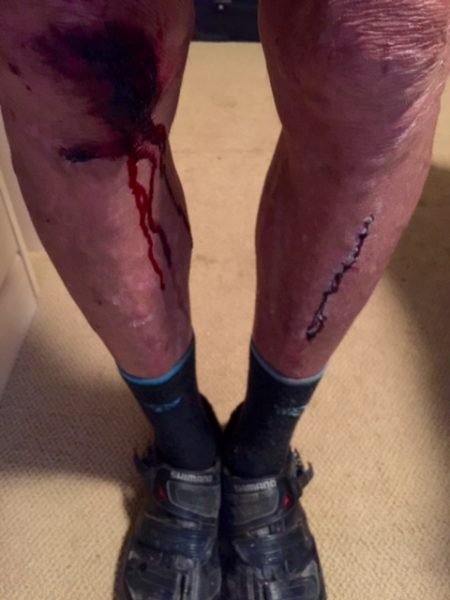 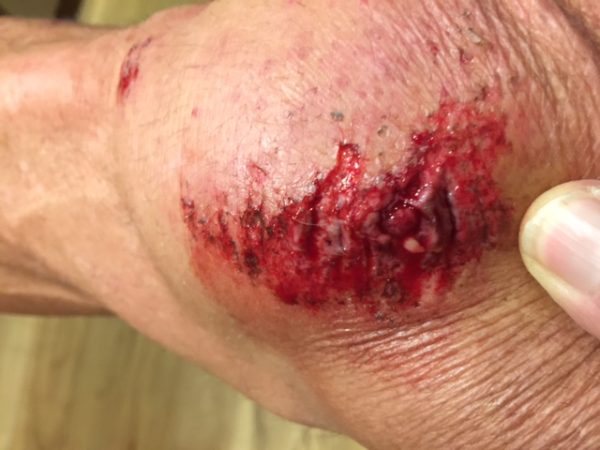 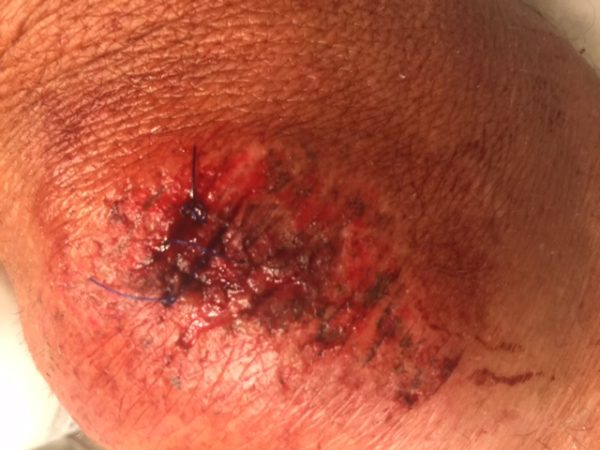 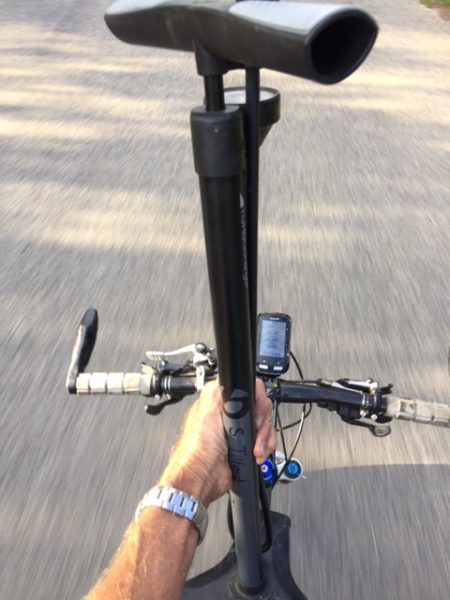 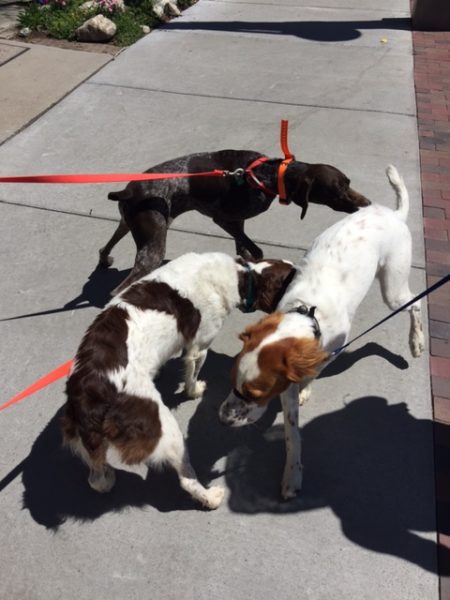 Before all the drama, we took Tucker over to Frisco for an Art fair. There were dogs galore.