Velonews did a thing a long time ago and asked a bunch of us what we thought the best cycling innovation has been throughout our careers.  I can’t remember all the answers, but there were some pretty interesting one.

I said that I thought that clipless pedals were the best upgrade.  It would have been hard, at the time, to convince me that something better had come along.

That was until I read the article and Thurlow Rogers said that lycra shorts with synthetic chamois was his answer.  I was like, duh.  Of course he was right.

I would much rather be riding around with toe clips, with shorts with synthetic chamois, than clipless pedals and having to ride shorts with leather chamois.

When I think back upon it, I’m not sure how I got along with leather chamois.  They could be horrible.  Better shorts had better chamois, but the “maintenance” of the chamois was horrendous.

Washing the things was a hassle.  They would get all slick and slimy.  Then they would take forever to dry if the weather was humid.

I don’t know how many pairs of shorts I had that had blown out chamois.  There is nothing like riding with a hole in a leather chamois.  I used to buy replacement chamois and try to sew them in.  I’m not good enough with a sewing machine to accomplish that task with any type of success.  It was always a disaster.

I didn’t realize that Kucharik still replaced chamois.  Kucharik was the first pair of lycra bib shorts I ever rode in.  They will replace a leather chamois for $45. That seems like a crazy good deal.  I’m thinking about sending in a pair of chamois-less shorts to them and have them put in a leather one.  Then I can go back to memory lane and see if it is as bad as I remember.

So, clipless pedals would be #2.  If I had to pick more then Di2 shifting would probably be #3. For sure STI shifting on the brake levers.  Then Di2 shifting.  Shifting on the downtube wasn’t efficient and it could cost you a race.  It is strange thinking about how shifting in a race was part of the tactics.  Watching when your competitor was shifting was integral in one up sprints.   I don’t know how many races I won by jumping when the guy I was racing with was shifting.

Clincher tires have improved a bunch.  Sealing tires up tubelesss off-road is obviously a big innovation, but I’m sort of pre-dating that with the road comparisons.  There really weren’t MTB around when the chamois were leather.

I’m not sure about the frames.   Titanium has improved a ton, being lighter and stiffer. There wasn’t carbon around, so obviously that is a game charger, weight-wise.   Frames  have differently gotten way stiffer for the weight, but I probably could get along riding a 1978 Colnago Super frame with modern equipment.

Wheel technology is a big deal though.  The wheels we ride now are way faster than a 32 spoke wheel of yesteryear.  The lower spoke count and rim depth takes away a ton of wind resistance.  I used to race on 28 hole wheels, I ever had a 24 spoke front wheel when I was really young. They were light.  The rims would weight around 260 grams, but they were not reliable.  It was so easy denting a rim back then.

Anyway, that is my list off the top of my head this morning.  If I missed something, which I’m sure I did, just leave a comment. 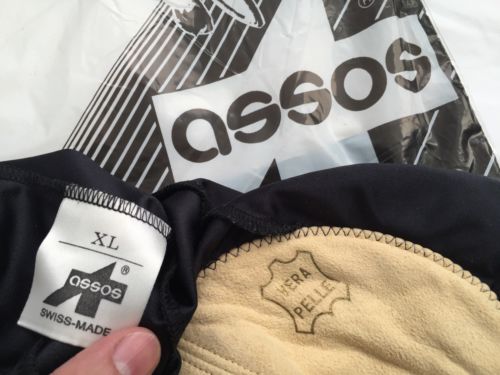 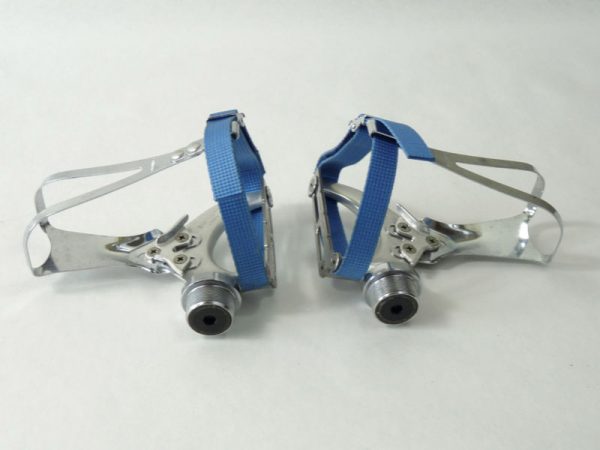 I rode these pedals for a couple seasons. They are selling a bunch on eBay. You can’t use them unless you have the cranks though. I saw a new bag of pedal adaptors in my basement just a while ago. 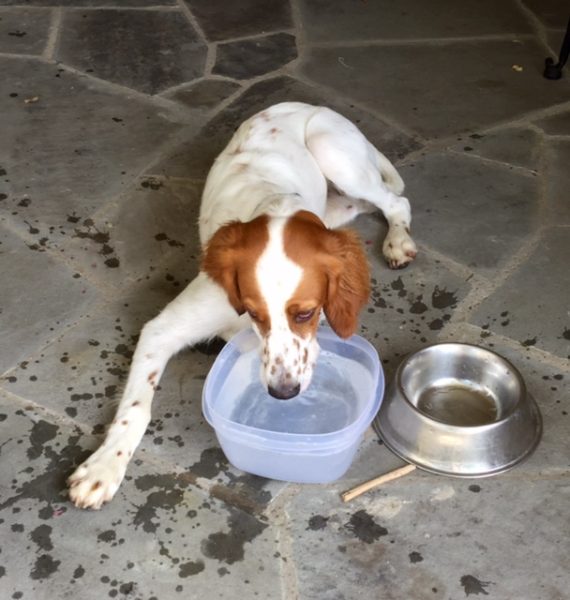 Tucker is a messy drinker after running.