Cycling is an eclectic sport.  And since the planet is full of eclectic people, it is a good fit.

I’ve had a ton of experiences through the sport of cycling that are my life memories.  Most of the big moments in my life can be attributed or connected in someway to cycling.  That really isn’t a big surprise since I’ve been competing since I was a teenager and a lot of my daily routine is involved in the sport somehow.

I was thinking yesterday about how expensive cycling clothing has become.  It seems like the evolution of cycling clothing is making more expensive stuff.  It isn’t that unusual to have cycling shorts costing close to $200.  There are lots that are nearly double that.  I’m not sure why that has happened.

But that isn’t the point of  this post.  Thinking about the cost of cycling clothing got me thinking about selling used clothing.  I used to have a swap meet/garage sale at home when there was a race in Topeka.  I’d sell all my used stuff for next to nothing.  It is funny seeing guys out riding in my old Wheaties/Schwinn jerseys nowadays.

I was just trying to get rid of old stuff, jerseys with out of date sponsors, etc.

One time, before the internet, I got a phone call from some guy in San Francisco.  He wanted to buy some old clothing and shoes.  He said it didn’t matter what size the shoes were and the wanted either bib shorts or a skinsuit.  He asked me if I’d wear the stuff, then not wash it and ship it to him.  I thought that was pretty strange.  But he was paying me nearly full retail for the stuff, so I figured it wasn’t up to me to judge him.

I don’t remember how he paid me.  I think he sent me a check, then I sent him the clothing.  A couple weeks later, he called me back and thanks me.  He said he wanted another skinsuit and he would pay me three times what he paid for the first one.  I’m making this up, but something like $150, for a skinsuit that would have sold new for $50.

The catch was he wanted me to wear it 5 days in a row, then put it in a plastic bag to ship.  This was getting creepy.  I didn’t want to insult the guy by asking a bunch of questions, so kind of just let it drop, being very non-committal about whether I had another one to sell.

A few days later, a check showed up in the mail that was for $50 more than he had offered.  I kind of felt obligated to send him the skinsuit.  But I wasn’t going to wear it 5 days straight without washing it.  I did go out on a couple hot rides, wearing once without washing it was the best I could do.  Then I just left it on my bedroom floor for the remaining 3 days, letting it dry.  I couldn’t stand the idea of packing a stinky, sweaty, skinsuit into a plastic bag and then shipping it.

The next week I flew out to California to race and was telling my teammates about this guy.  It turned out that he had called most of them and had bought stuff too.  Then I was talking to guys from other teams and he had bought clothing from them.  It didn’t seem like cost was a factor.  I’d done alright, but some other riders had really sold the guy a ton of stuff.

I always wondered what the guy did with the clothing.  In the back of my mind, I thought that maybe I’d get a call from the SF police department asking about the bib shorts.  Saying they had found a corpse at a party with my bib shorts wrapped around their neck.

I have to say this is probably the one strangest thing I’ve come across in the sport, so far.  Maybe it isn’t that weird.  Maybe the guy was making a cycling museum or something in his basement and wanted authentic smells or something.

I hadn’t thought about this guy in a long time.  It just makes me laugh thinking back upon it. 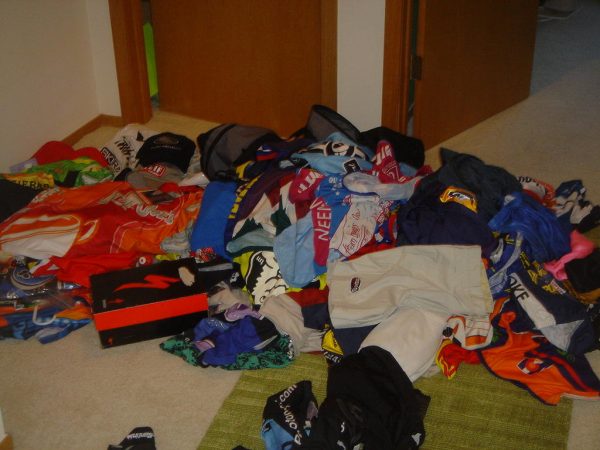 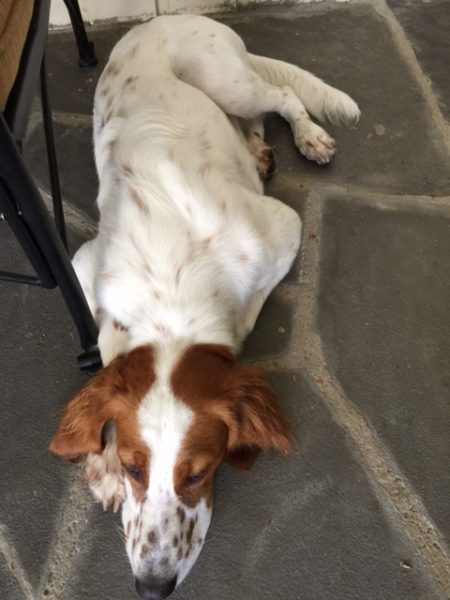 Tucker is feeling the dog days of summer.