Someone told me about a post that Shaun Wallace put on Facebook that had a copy of some old results from the Nature State Stage Race in Arkansas, back in the early 90’s.   I hadn’t thought about that race in a long time.  It was a super good race, as most of the races in Arkansas are.  That state is one of the most under the radar states in the country.

I finally went to Facebook and looked for the results.  What surprised me was that I thought that I was 2nd in the time trial, not third, sort of tied with Shaun.  I knew Michael Engleman had won the stage, but I thought I was a little closer to his time and didn’t remember Shaun there at all. Michael, Shaun and I had all ridden together on the Wheaties/Schwinn team a couple years earlier, so we were all buddies.

I looked down the results and was surprised about how many guys I knew.  It is strange doing a race like Joe Martin and such and not knowing the majority of guys racing.  Back then I knew pretty much everyone in the race.  There are a few names on the first page of the results that I don’t recognized, but I know nearly everyone.

The race was pretty much a hillclimb.  It was just a few hundred meters flat, then you did a left turn, crossed some railroad tracks and rode up a pretty steep hill.  I pre-rode the course and realized it was better going fast at the top when everyone else was going to be going slow.  So I started super easy and then kept it in my big ring for the climb.  Nathan Sheafor, a friend from Topeka, who was also on the 1992 Olympic team with Lance came up to me after the race and said he thought I won.  He said I was going way faster than anyone he saw finish at the top.

What he didn’t realize is how slow I was going on the flat.  I talked to Michael and looked at his computer.  He had a 33 mph max speed and mine was 25.  Pretty huge speed differential there.Plus, I was still riding downtube shifters.  Nearly everyone else in the top 10 had STI levers, which would have probably been a few seconds at the end.  I did call Shimano up after the race and got a pair of shifters, which was super exciting at the time.

I wasn’t even racing on the road full time that year.  I was doing the full MTB season and was using this race as training for that. Thus, the free agent designation beside my name.  I was racing for Schwinn off-road.

Anyway, look at the names on the results. A couple of Olympic champions, Tour stage winners, tons of National Champions, etc.  And also a bunch of the guys that would go on to be the best riders we had in the 90’s.  This was kind of the tipping point of before, then after doping got super ingrained on the US rider side.

I remember talking to Lance and he told me that in 1993, when he won the Triple Crown and Pro Road Worlds, that was all him.  He was on “bread and water”.  I told him that he could never convince me that was true.  Two years earlier I could beat him in a hillclimb TT and then in Philadelphia, riding up the wall, he could go 5 mph faster uphill.  I witnessed it with my own eyes and knew that it was an impossible jump in ability.

Sally Jenkins, Lance’s autobiographer did an interview and said she thought all the guys that got caught up in doping in cycling would be looked back as victims.  I don’t see any victims on these pages of results.  Just a bunch of guys that loved to travel around and race their bikes.  It sure got way more complicated.   Life was much simpler back then. 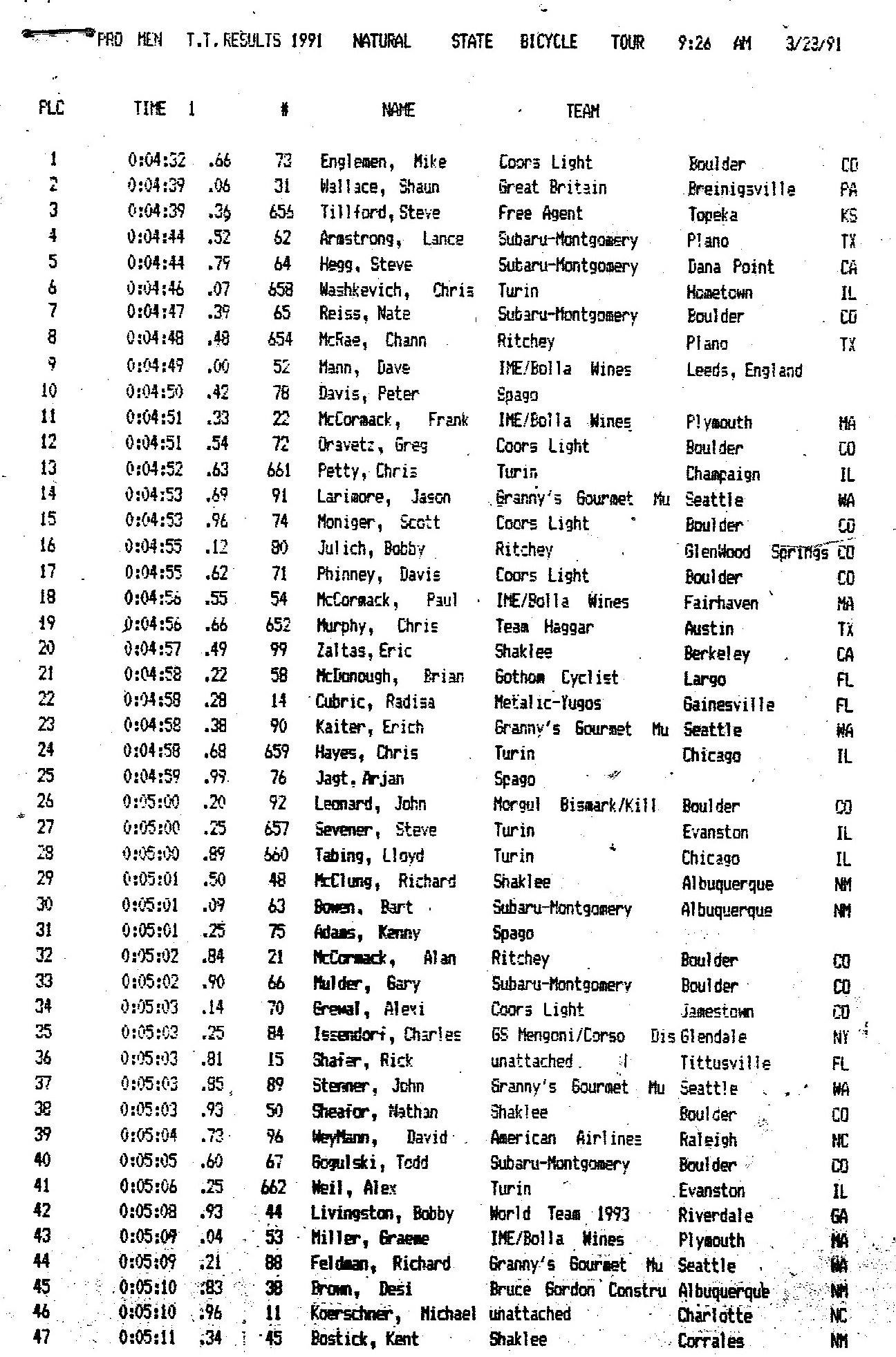 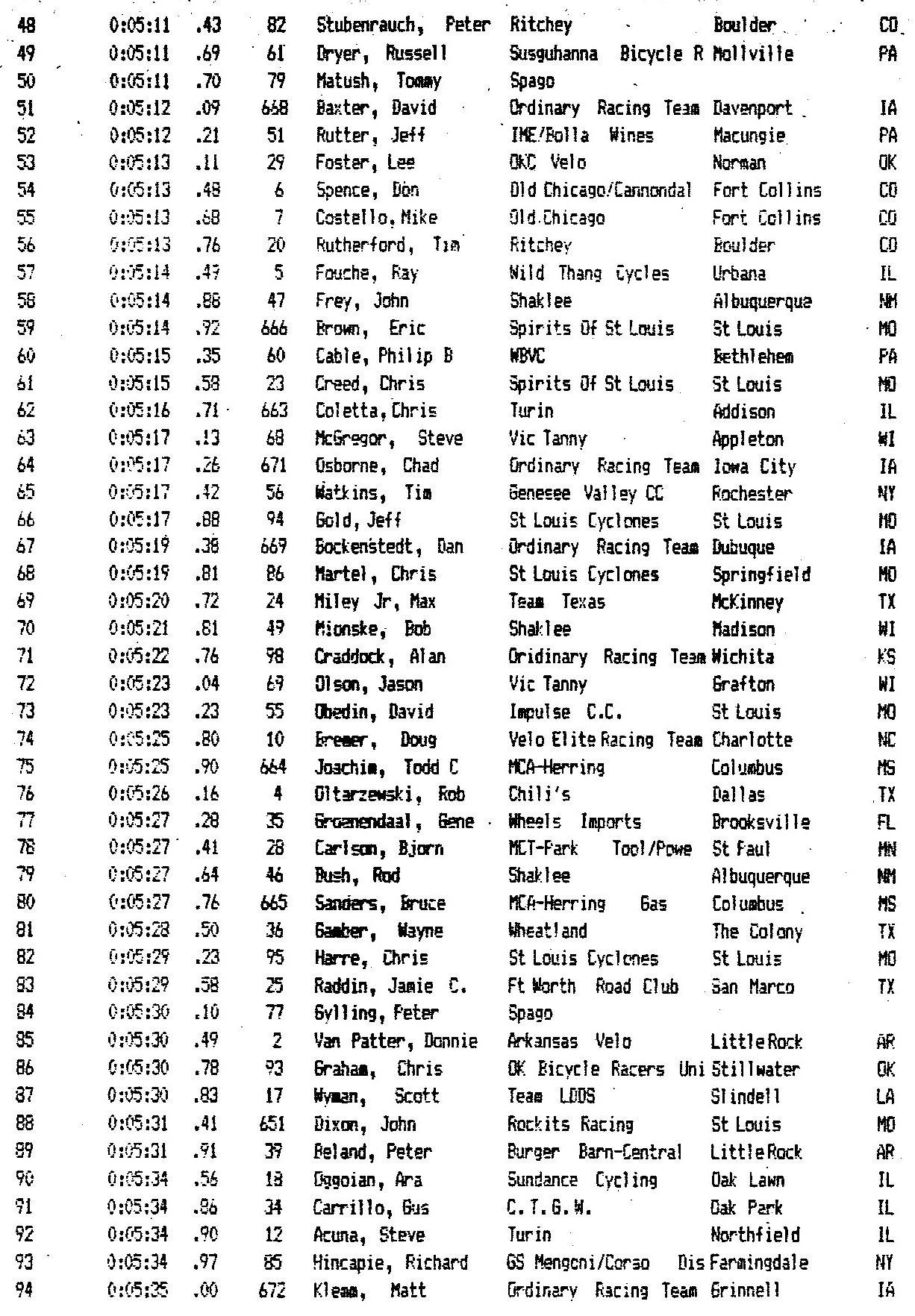 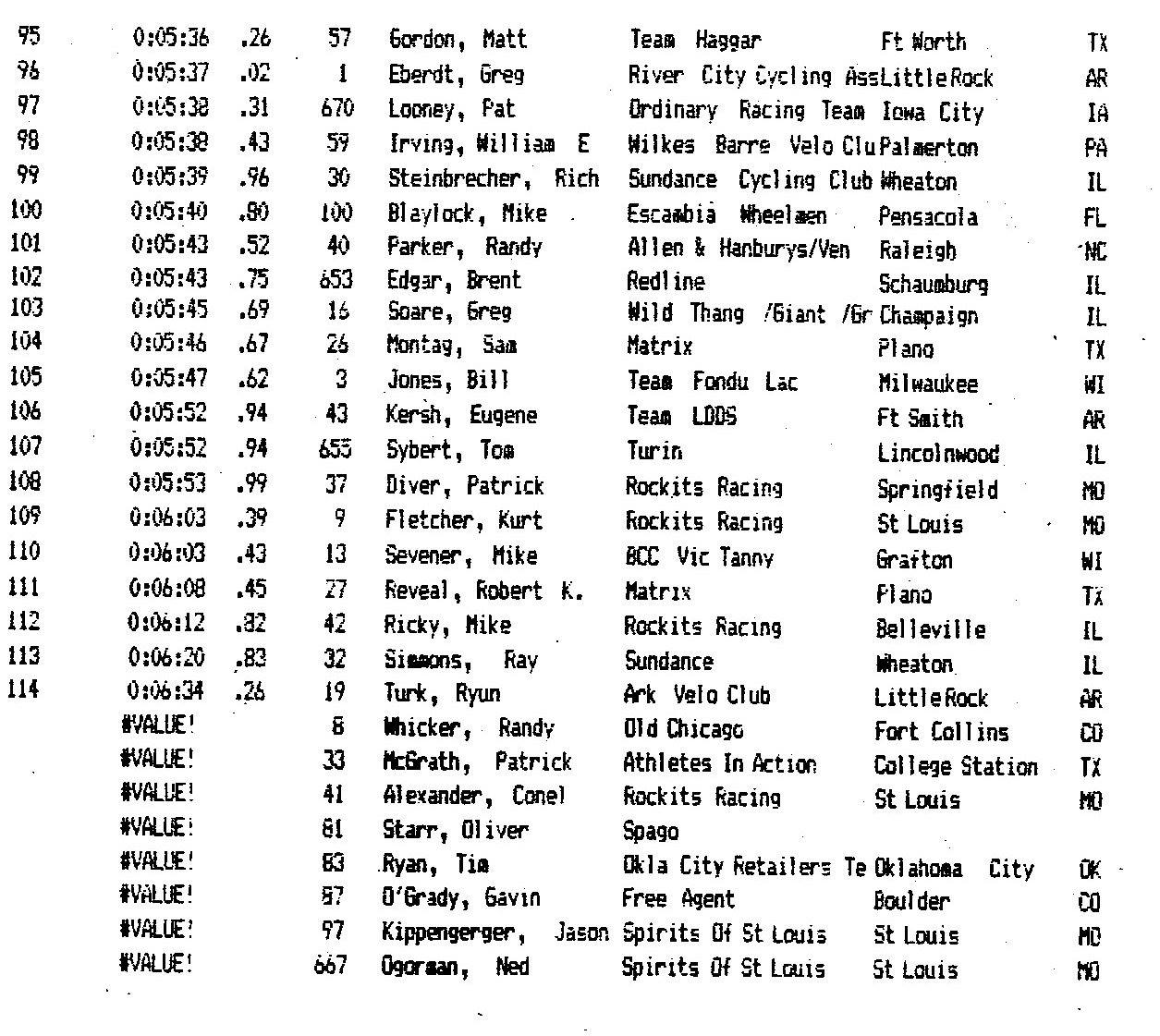 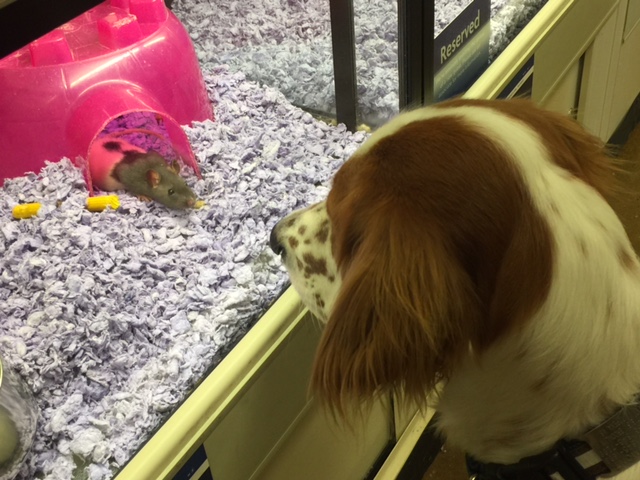 Tucker was way interested in this rat at the pet store yesterday.