I am a tinkerer.  Not always, but I have an interest in how some things go together.  Not all things, but some things.

It started out as a necessity.  At least with cycling.   When I first started, if you didn’t know how to work on your bike, you didn’t race bikes.  I didn’t know a cyclist that didn’t work on their own equipment.  That isn’t the case anymore.

I bought my first car when I was 17.  It was a 1964 Volkswagen pickup truck.  I still own it.  I drove it just a few months before the engine blew.  We borrowed the Idiot’s manual for VW’s from MIke Hudson and dug in.

We did most of the work at night, down in the basement.  When my grandmother would go to bed, we’d sometimes bring the engine up to the kitchen for better light.  She would have died if she had walked in when we were working on the engine on our kitchen table.  Back then we could rebuild the complete engine for next to nothing,  Even the machining was affordable to poor cyclists.

I still do virtually all my own auto work.  I’ve rebuilt a few engines and can do just about anything.  I’m not too big on working on the engines in my diesel vans.  Those engines are very difficult to get to and when they have issues, it takes a lot of time and energy.

The past couple days I replaced the AC clutch on my AWD van.  I drove Trudi to the airport yesterday and the AC is too cold now.  I also put an exhaust gasket on my Honda InSight.  I had to buy the parts at the dealer.  Two bolts and an exhaust gasket was nearly $60.  That seemed insanely expensive compared to other auto part costs.  I’d replaced the AC clutch in December, so it was under warranty, so it was free.  And it didn’t take any time at all.

Repairing things is pretty rewarding in this throwaway world we live in.  I’ve garbage picked lawn mowers that were left at the curb because the pull cord broke.  It is like a 10 minute job putting a new pull cord on a mower.  What a waste.

Anyway, I’m sitting here watching the Tour and was thinking I don’t really have a small fix-it job to do today.  Most the stuff I have to do are big job.  When it is so stickin’ hot out, long rides aren’t really an option.  We’re meeting at 11 am, after the Tour, before the heat index gets crazy, but still late enough to be stifling hot. 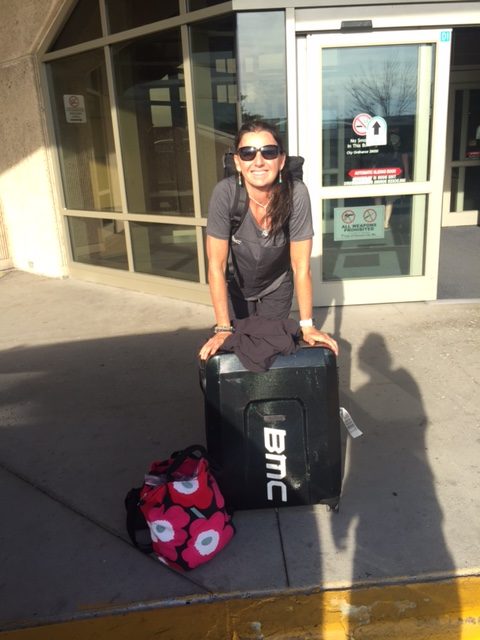 Trudi at the Kansas City airport. She flew out to Santa Rosa to get a team car to drive to Tour of Utah. 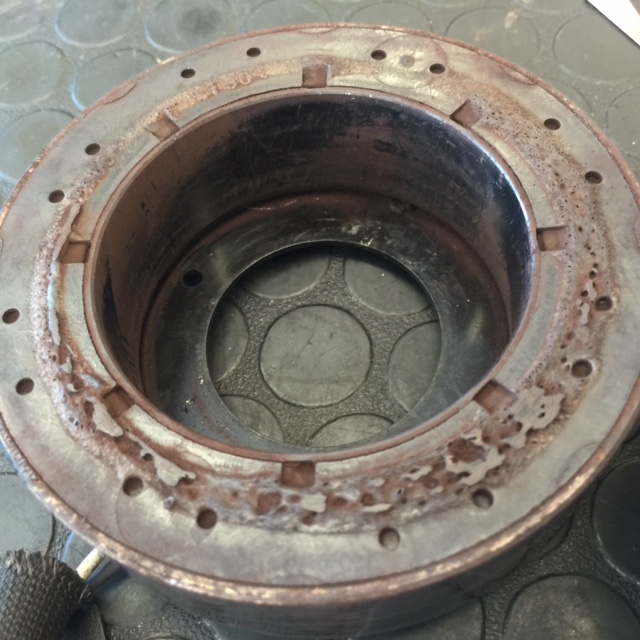 I’m not sure what happened to this AC clutch, but it melted. 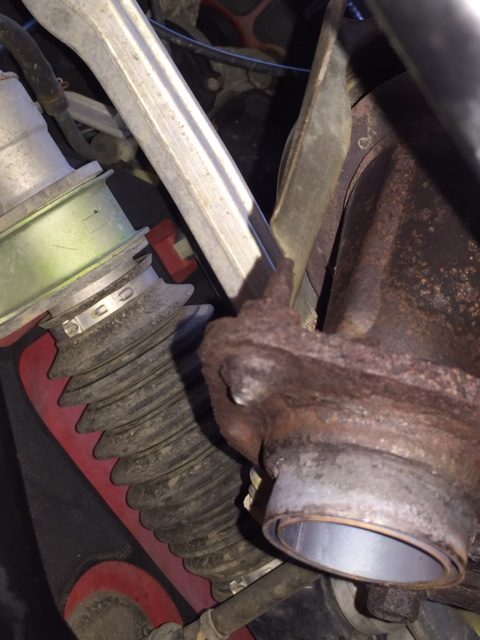 I’m not big on working on exhaust. The Insight is in super good shape, no rust anywhere, except the exhaust bolts. Both broke and needed to be cut off. 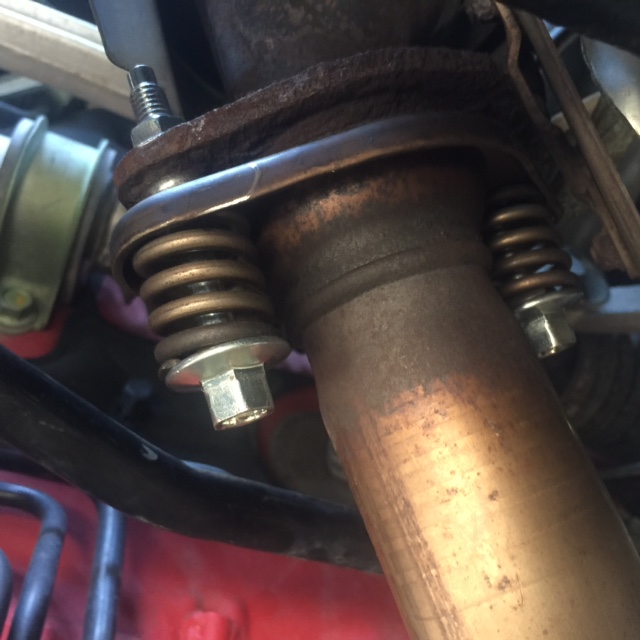 The replacement bolts should have been made out of stainless steel in my opinion. 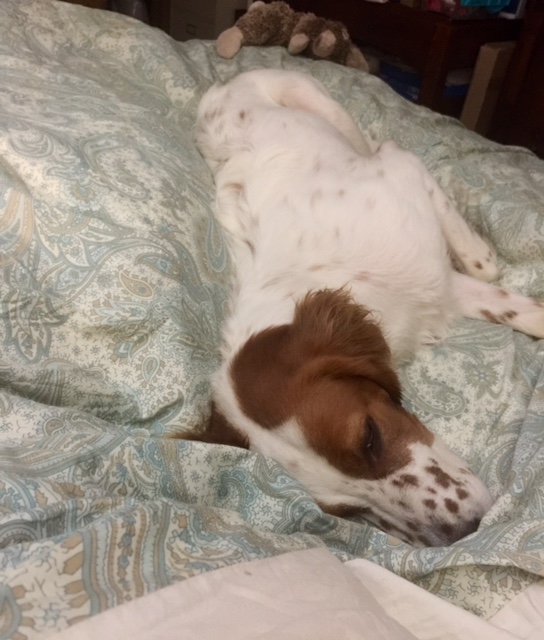 Tucker collapses every night. He is not into heat.