I was watching the finish of the Tour yesterday, which finished in Bern Switzerland, after a tricky cobble climb, then a drag race to the line.  Afterward, I was glancing at the results and they placed 59 riders with the leaders time.

I was wondering if there was a crash or something within the last 3 km where they would give everyone the same time.  I didn’t remember seeing a crash, or hearing the commentators mention one either.  So, I went back and watched the race from 5 km out.

I didn’t see anyone fall in the in the end, just guys getting popped.

My question, did they score the race somewhere out on the course and then let the leaders sprint for the placings?   I know they do that on the final stage in Paris, but I’ve never heard about them doing that in other stages much.

It seems like the guys in the groups behind were still riding hard to the line.  If there was a place where the officials said they assigned times 3 km out or something, then everyone would have just rolled in.  Let’s just use Ramunas Navardauskas (Lithuania) CANNONDALE-DRAPAC.  He attacks in the final, maybe 2 km out, then blows.  He is scored at the same time as the winner, when he rolls across the line 30 seconds back in the video below.  Weird.

It is sometimes strange what the officials at the Tour address, and what they don’t.  I’ve noticed that on all the finish climbs, team support from Sky, etc. are standing in the crowds, clandestinely, then the step out and hand out “illegal feeds”.  Then they disappear back into the spectators.   It seems weird.  They can get bottles from cars, at the feed zone, etc.  I’m not sure why they need to break the rules to get some liquid so late in the race?

How about Fabian Aru getting his sticky bottles a couple stages ago.  He didn’t even take a bottle, then when he did, he held on, what seemed like forever, then tossed the bottle off without drinking out of it.  Come on, it is towing.  Getting back on, after a problem, is hard sometimes, but he could have been drafting his team car easier than holding on.

There is no way that there are enough officials at a Tour stage to police the whole race. Obviously, the riders don’t police themselves.  I think the officials should use the TV footage, anytime they see fit, and levy penalties if guys are spotted breaking the rules.  I know this isn’t the answer to all the problems, but at least it would make teams think twice before, pretty much, blatantly/pre-planning,  breaking the rules.

*** Okay, I had the official Tour results forwarded to me from Sean Weide and it seems that they did split the field correctly.  It is weird that Velonews would post the results incorrectly for some reason.  I wonder if they had some preliminary results and never got around changing them.  I just looked this morning and they were still wrong.  Now I checked and they changed them.  I wonder if this had anything to do with that?  Anyway, real results below, which seem all correct to me.   Still doesn’t address the sticky bottle/sneaky bottle deals. 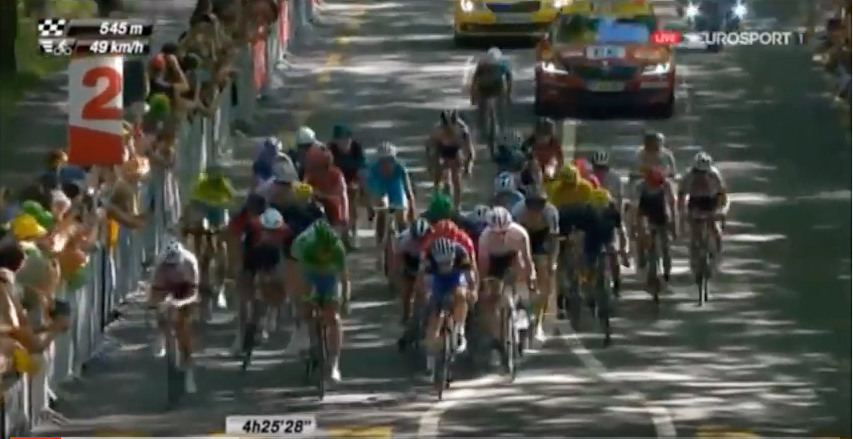 The group around 30 seconds from the finish. 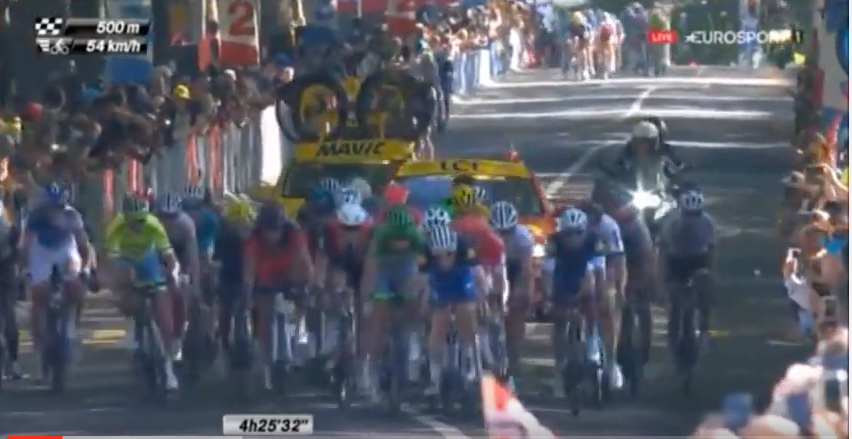 This picture shows the gap to the next group. 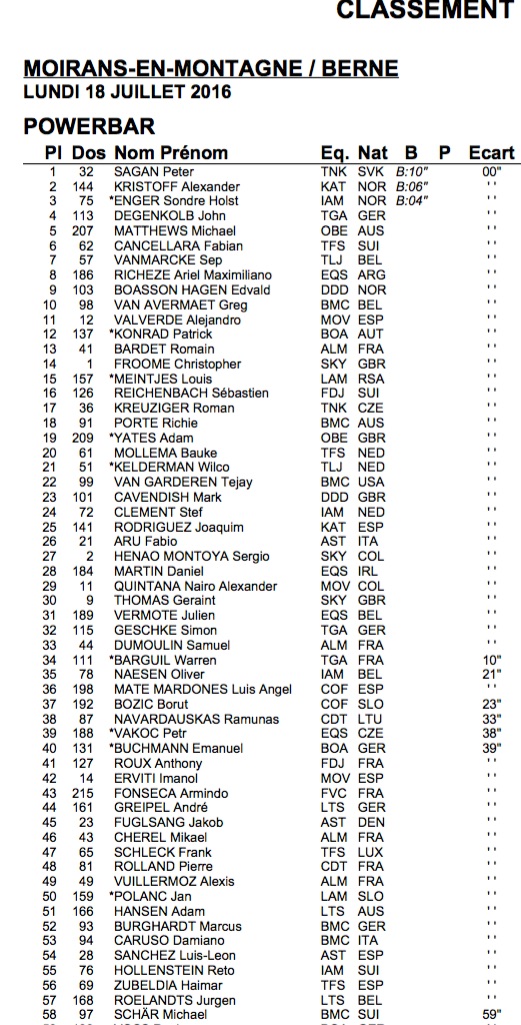 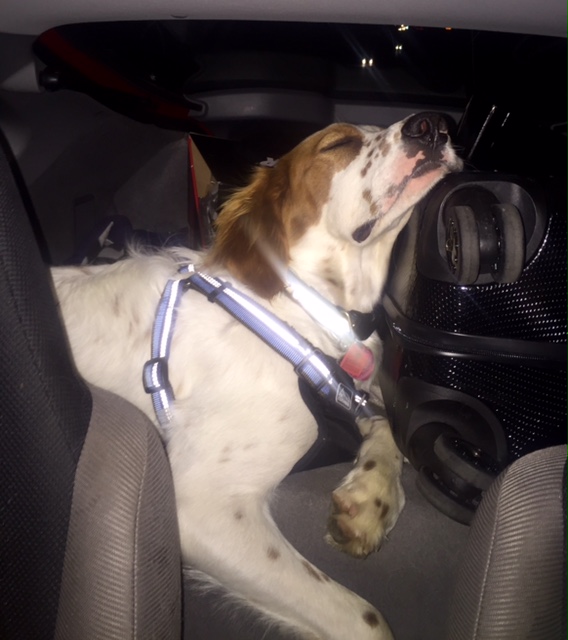 Tucker was pretty done coming back from the airport last night.