Yesterday I went over to the Tour of Lawrence, but didn’t race, I just watched.  I had ridden earlier, 40 miles on gravel and completely fell apart coming home.  I’m not feeling that well and figure I have one day in me, if that.

Anyway, it is important to watch races every once in awhile to understand what is going on from the outside, looking in.  It is a completely different experience, an important one.

Yesterday, the race was carnage.  It was super hot and the course was tricky, with lots of corners and places the field got super stretched out.  The slinky-effect was happening constantly, thus a lot of guys were on their limits.

Guys were getting popped out the back from the gun.  The front of the race almost looked easier than the middle of the pack, it was really interesting.

The race was only 75 minutes, but the last 15 minutes, about 1/2 the field disappeared.  It finally got down to a group of maybe 12 guys, where everyone could corner without braking, etc. From watching, it showed me that even really good riders suffer immensely when racing, especially in the heat.

Joseph Schmalz, Elevate, rode away with 5 to go, with Garrick Valverde.  Joseph’s team mate, Nick Torraca was there for a little while, but after taking a huge pull, he got dropped by Joseph. It looked a little weird, but in reality, when Nick went back to the field, they pretty much gave up, which allowed Joseph and Garrick to disappear.  Nick ended up riding away again with a lap to go and finished 3rd, which was a big effort.  Here is a link to the Lawrence paper’s article.

I know it seems a little strange racing when I have such low expectations and don’t feel well, but being from Kansas, it is important racing in downtown Lawrence.  It is a very historic downtown, dating back to the civil war when raiders come over from Missouri, a slave state, and burnt the city of Lawrence.

When the Collegiate Nationals were held in Lawrence, there was a USAC Pro 1/2 criterium.  I skipped Joe Martin Stage Race to just race one criterium.  I won the race that year.  That isn’t going to happen today.

Today is the Kansas State Criterium Championships too.  It’s always nice to be racing for a title.

So, it is going to be a hard day today.  If anything, I hope to learn something for not watching from the outside.  The course is easier than yesterday, so I have that going for me. 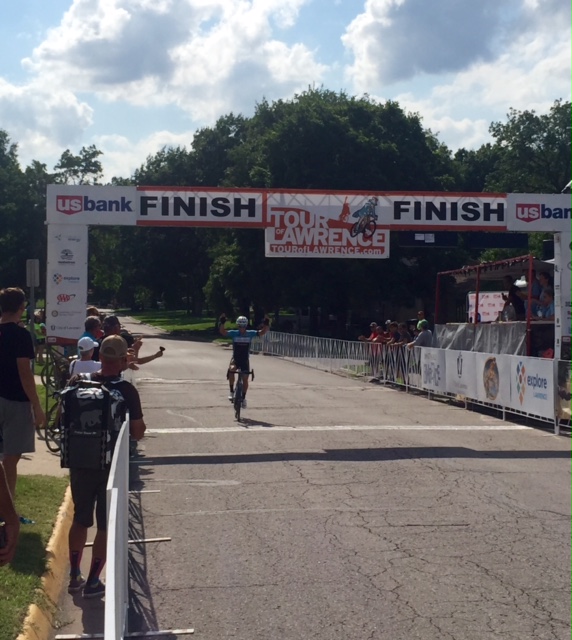 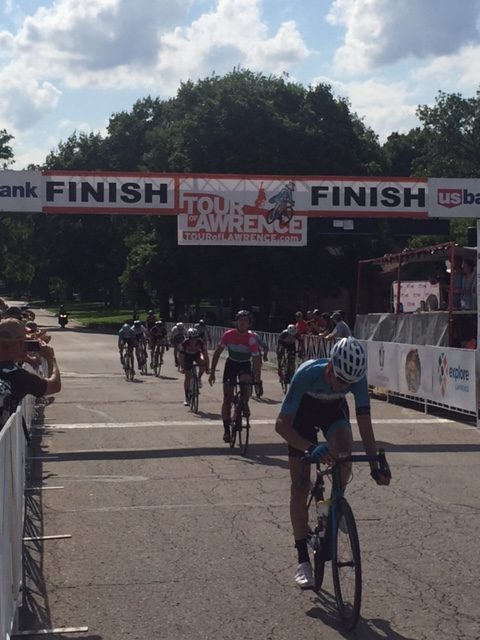 Nick barely made it in before the field. 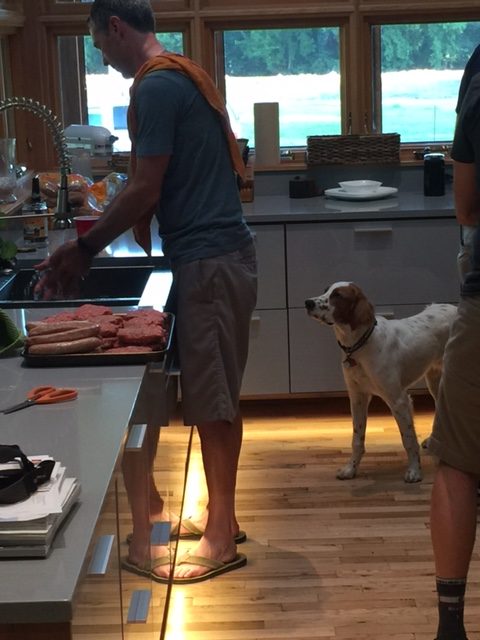 Matt Gilhousen had a party after the race. Tucker was way interested in the stack of meat Matt was preparing. 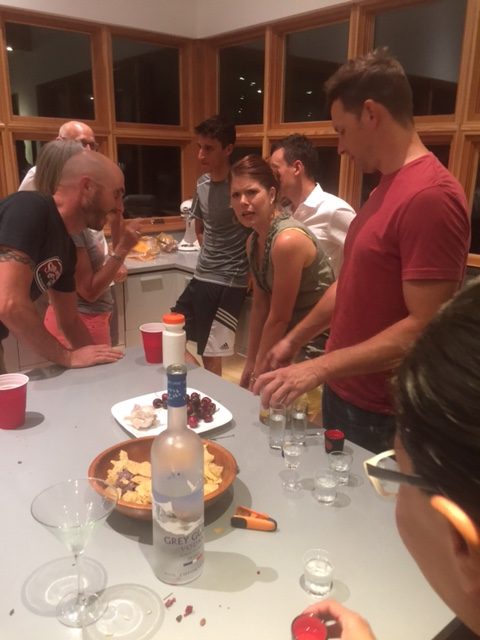 Later on, vodka shots came out. We took off just a tad later.

4 thoughts on “Learning by Watching”