Man, how about that Tour stage.  Pretty crazy.  Richie Port plowing into the back of a camera motorcycle then Chris Froome completely going insane and decides to leave his bike (broken I assume) and start running up the Ventoux.

I have no idea if there is a chance they can make a fair decision here.  I am pretty sure that you have to be with your bicycle at all times in all bike racing.  It is a pretty well known rule.  I’ve known that rule nearly since birth.  I’m sure Chris Froome knows it when he’s not out of his mind in panic.

CVV, Bob, Phil and Paul seem to think that there needs to be an exception for this situation.  I don’t see how that would be fair to anyone.

I agree is is total bullshit, but what time do you give to TJ or Adam Yates, or the other guys held up by the crash too.  Does everyone get the same time?

What if it was another rider instead of the camera motorcycle that Ritchie ran into.  It would be just business as usual.   Riders run into spectators at the Tour de France.  And obviously now, motorcycles get held up by spectators too.  It isn’t like the riders are already pissed off about the danger.

If the rules are enforced, then Froome will be disqualified from the race.  That would be a shame and completely unfair.  But being fair in this situation isn’t a possibility.  No one is going to be happy whatever happens.  But, it is bike racing and shit happens.  It will be really interesting now the race deals with this fiasco. 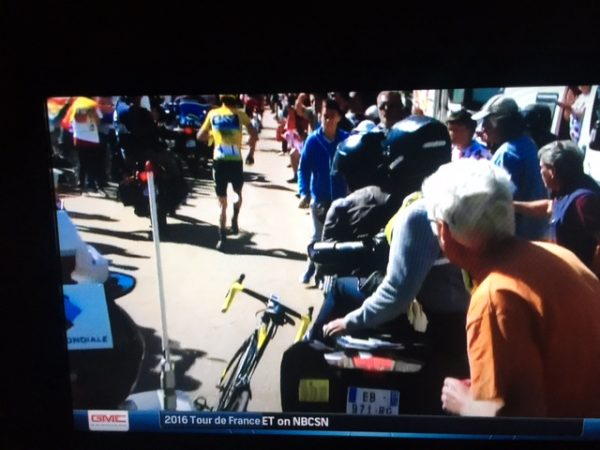 Chris Froome decided to abandon his bicycle, placing against the motorcycle and then loses his mind and takes off running. 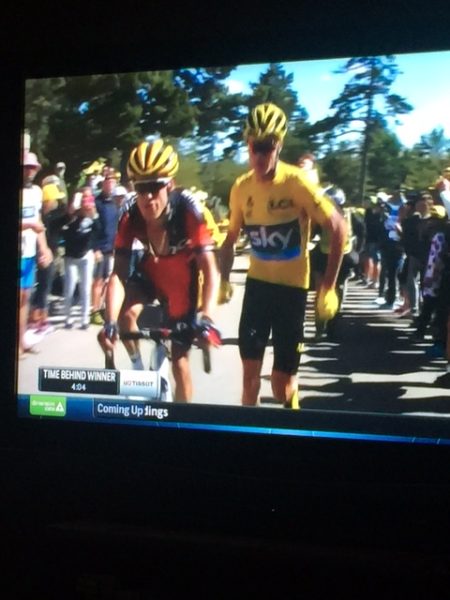 You don’t see this very often? Or ever. Pretty crazy.

67 thoughts on “Tour – Enforce the Rules or Not”