If you get past Chris Froome’s unattractive riding style, then add-on to it his cheeky moves during this year’s Tour, then he might just be winning over a lot more fans.

First, when he won that stage and took over yellow on a descent.  How unexpected was that?  I was never very much impressed with his descending abilities and then that.  Obviously, he had pre-ridden that descent a bunch of times.  But the way he did it in the race was very impressive.

When he was doing the Peter Sagan, top-tube pedalling deal, it didn’t look nearly as bad as you’d think for a lanky guy like Froome.  I would love to see his power file from that race.  I’d bet anything he was putting in way more than the 200 watts that Sagan once said he adds in that position.  He looked like he was really pedalling hard.

Then yesterday when he took off with Sagan with 12 km to go in a sidewind.  After the fact, I’m not sure it was the best move for a rider trying to win the overall in the Tour, especially since today is finishing on the Ventoux.  But you have to respect the effort.

This Tour, he has broken the status quo mold of Grand Tour racing and actually attacking  off the front.  The sit in, boring ass, bike racing has become just that.  Both of those stages would have been more of the same old shit if he didn’t shake it up and take those risks. And he is taking risks.  But I believe his risks are good for him personally and good for the sport. People are tired of seeing robots day after day.

I’m beginning to like Chris Froome.  For sure his aggressiveness.  Bike racing is way more exciting and tactical than the way it has been done the past 15 years or so.  He has, at least, cracked the mold a little, maybe not broken it, but hopefully other guys will notice and it has the chance to return to the more unpredictable sport it really is.  That is part of what makes it so interesting. 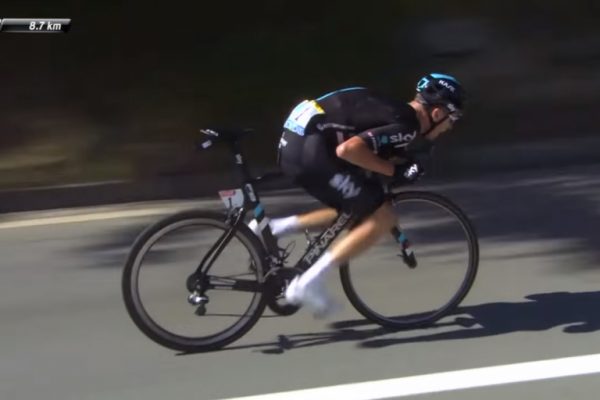