I’m been in Louisville for one day and two nights now.  I like Louisville.  I won a couple Master’s World Cyclocross Championships here and even back when I was a junior, racing went well here.

I first came to Louisville when I was 18.  There was a Junior Olympic Development race here. The race went from Frankfurt Kentucky to Louisville, point to point.  Tell me you could hold that event now.  I very much doubt it without a huge budget.   The 2nd day of the race was at Cherokee Park, where they are holding the National Road Races.

I didn’t do Cherokee Park that weekend.  I was 3rd on Saturday, called my brother to tell him only to find out there was a criterium in Lincoln Nebraska that paid $200 to win.  I’d driven all night on Friday in a MG Midget to get to the race on Saturday morning, then jumped back into the MG and drove back to Kansas, slept a couple hours and then won the race up in Nebraska for the cash.  I could have probably lived off that $200 for a couple months back then.

The first time I raced in Cherokee back was when I was a 2nd year Senior, or Elite rider.  I’d driven to the race with Harvey Heim and we were staying at host housing near the Park.  I was in a break with a bunch of good guys.  I think Wayne Stetina was there, plus his younger brother Joel.  I didn’t really know the rest of the group.

Anyway, the race finished on the climb and I came from behind and thought I was going to win, but was passed by this guy that had sat on most of the race, who wasn’t on my radar. I was stoked to get 2nd.  I went back to the host house to clean up.  Some guy comes by to see the woman who owned it and asked me if I raced.  I said yes.  He asked what category.  I told him Pro 1/2.  I told him I got 2nd.  He proceeds to say he won.  It was Hugh Walton, gazillion time Canadian National Track Champion, who later on, was my team mate for many years.

Anyway, Louisville has been good to me racing.

Last night, Stacie had a party at her house for a bunch of juniors.  Like nearly 100 of them.  It was an idea to get the local juniors to mingle with national caliber juniors.  It was great.  I’m not sure who got invited, but there was the LUX Development Team, Hot tubes, a bunch of junior women, plus the Papa John’s local kids, etc.  It was super successful.

My first observation is that they can really eat.  Like enormous amounts of food.  I had told Stacie that a couple days earlier, so she planned accordingly, but just barely.  It was like locusts came, devoured, then left.

My 2nd observation is that they are really just kids.  They were playing tennis, shooting baskets, swimming, doing stuff that kids would do before the National Championships, but you’d be hard pressed to find Elite riders doing.  It was refreshing.

Did I say how much they ate?  It was incredible.  Anyway, Stacie did an incredible job putting this together.  I know these teams are on a super tight budget and feeding them has to be a hassle. So many guys consuming so much food.

I’d ridden 4 hours before the party, not as super slow as I’d hoped.  I didn’t feel that bad.  Not awful, as I had expected.  I probably was mediocre, which is okay.  I have two days to try to get a little better.  I’ve been taking antibiotics for my tooth and they seem to be working, I hope.  It feels much better, but it’s not perfect.  Usually when I take antibiotics, I’m shit.  Not so yet here.

The Elite Road Race is at…….7am.  Man, USAC is really putting a spotlight on that event.  I’ve done a ton of National Championships and the only guys racing at 7 am, historically has been juniors or really old master’s.  Guess they equate the Elite me to those guys here in Louisville.  I guess I didn’t need to do all that heat training for this event.

I got an email from USAC that said that they had changed the course and that they were letting in all riders that are on the waitlist of all events.  I’m not sure if this only applied to Elites, or there were other categories that closed.

This morning I’m riding over to Cherokee Park, then probably heading over to the new criterium course.  A lot of town riding, but I’m resting now.    Okay, seems like a weekend, but it is only Wednesday.  I get mixed up a lot nowadays with that. 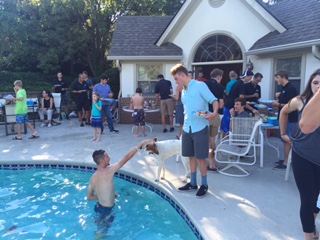 Tucker was getting a lot of attention. 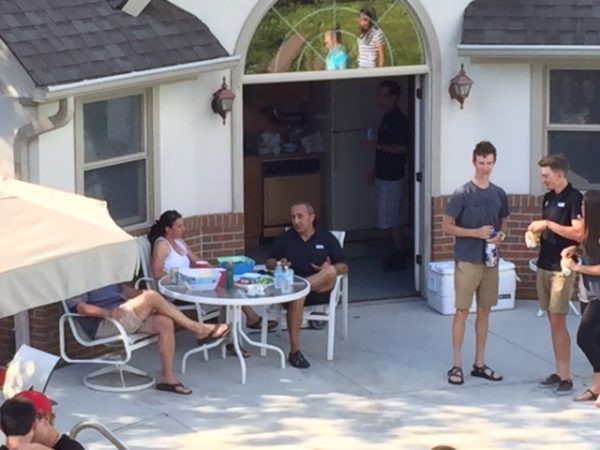 Trudi and Roy catching up. 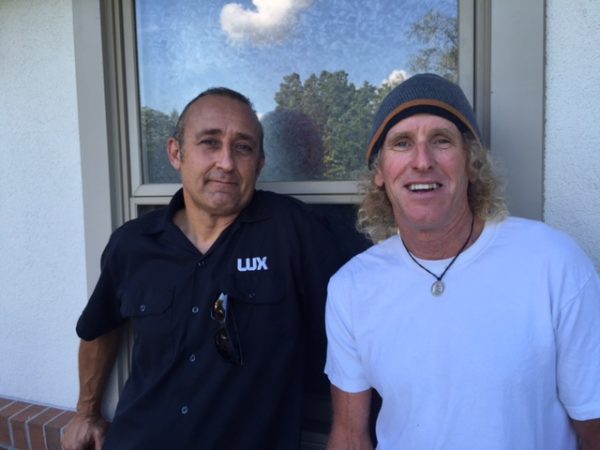 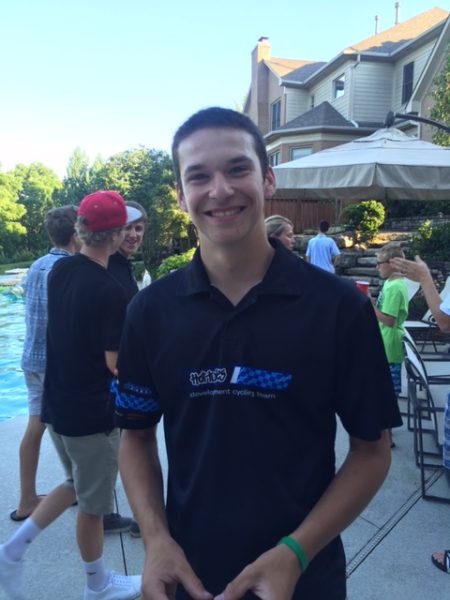 This is Alex McCormick, Frank McCormick’s son. He has good genes so should go far in the sport. 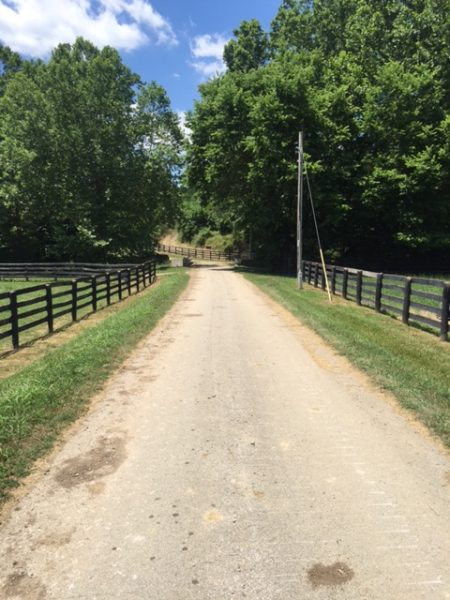 A small road over by Westport, near the river. Pretty incredible riding around here.