Yesterday I was eating at the Angry Minnow, down in Hayward.  It is a micro brewery on the south edge of town.

We were sitting outside, in the back, and a  guy with a cycling t-shirt comes walking out to leave. He is maybe in his early 50’s, fit looking, longish hair pulled back into a ponytail.

He says hi and I ask him if he’s up to ride.  He says to ride and kayak.  He asks me if I ride and I say yes, I race.  He says he doesn’t race, sort of acts like racing is something to avoid, but he love to ride.

I think our conversation is over, but he then says that he met up with Jens Voigt recently at a bike shop.  I think Jens is leading a big ride sometime soon up here somewhere.

I was surprised by this since he seemed so against racing just 30 seconds earlier.  I told him that Jens is a character for sure, but I’m not all that big on him.  I wasn’t trying to be confrontational, I was just being honest.

The guy goes agro.  He gets red in the face and says something like Jens rode 17 Tours and asks me if I had ever even the Tour once.  I wish I would have said yes and would have loved to see his reaction.  I did ride the MTB Tour de France VTT, so technically, I wouldn’t be completely fibbing.

Anyway, the guy is super loud and pretty mad.  I say that in all those Tours, Jens says he never personally saw any doping in the sport.  That is what my issue with him is.  Everyone is staring now.

Jens isn’t a dumb guy.  Racing 17 Tours, he had to have personally witnessed a ton of doping.  Just watching the races from inside out or more probable, seeing it firsthand off the bike.  I wrote a post about this a while ago.

Jens said he was going to retire after cycling and let his bike have cobwebs grow on it and be a typical family man.  He has done the exact opposite.  He is travelling the world globally, being a spokesman for the sport. From Australia to the Tour of California, Jens is the color guy for the sport.  He has his own line of cycling apparel, branded “Shutup legs”.

Like I said in the other post, I know Jens has to do a ton of interviews and is expected to say pertinent things, but no one forced him to saying he never witnessed any doping in cycling. That is ridiculous and makes him not credible.  And cycling needs a credible spokesperson right now. Here’s a link to a Jens interview that Tyler Hamilton calls “a joke”.  It shows some of Jens’ less funny side.

http://www.cyclingnews.com/news/q-and-a-jens-voigt-on-his-career-a-final-season-anti-doping-and-the-98-tour-samples/Anyway, I didn’t mean to piss the dude off.  He was pissed, in more ways than one, so that maybe explains his reaction.  Sportsfans surely like their idols.  Add a little beer to the mix and nearly all words are fightin’ words. 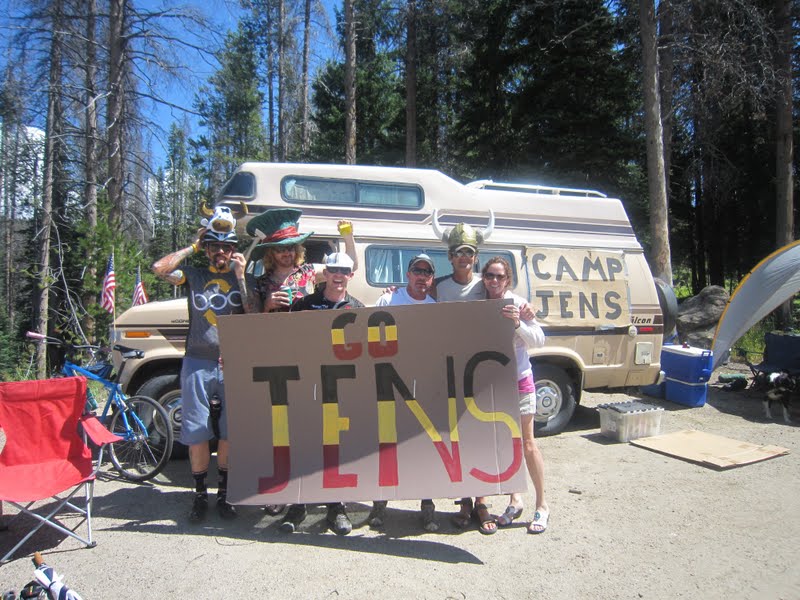 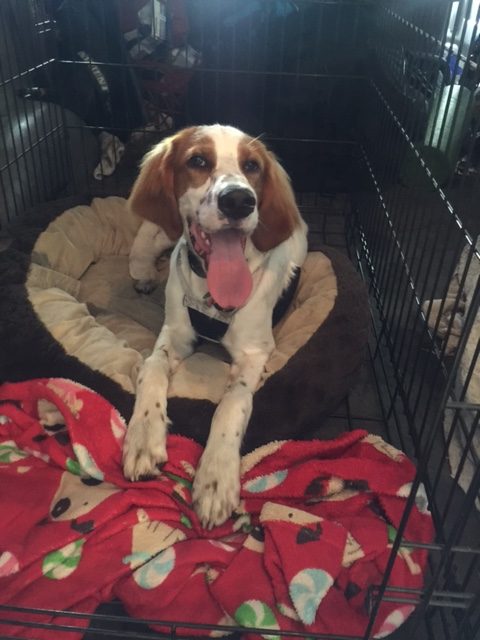 Tucker lost all his baby teeth, but still seems to chew some when left alone, thus the kennel in the van.