I had no doubt that Tucker would think that up at Dennis’ would be super.  How could he not? Hundreds  of square miles of woods where he can run freely.

Tucker loves it.  I took him on the Lollipop Loop yesterday with Hawkeye.  Tucker seems really fast compared to Hawk, but Hawkeye likes to pace himself since he doesn’t know how far he might be going.

We ended up down at the Lake.  Hawkeye swam and it drove Tucker crazy.   Tucker got in once, totally freaked out, dog paddling like crazy, but went back to shore immediately.  I think he’ll be fine and eventually take the plunge.

At the Rivers Eatery last night, Tucker got to meet Tessie, Mick and Beth’s Chocolate Lab.  Tessie is a hoot.  She plays tether ball by herself.  I’ve never heard of a dog doing that.  I guess Tessie doesn’t/didn’t play with other dogs.  That was until she met Tucker.

By the end of the night, out behind the eatery, Tucker and Tessie were chasing each other around like crazy.  Tucker likes to play.

It is supposed to be in the 80’s today, so I’m going to try to coax Tucker into the lake.  He is super interested in water, he is just a little scared of it just now. 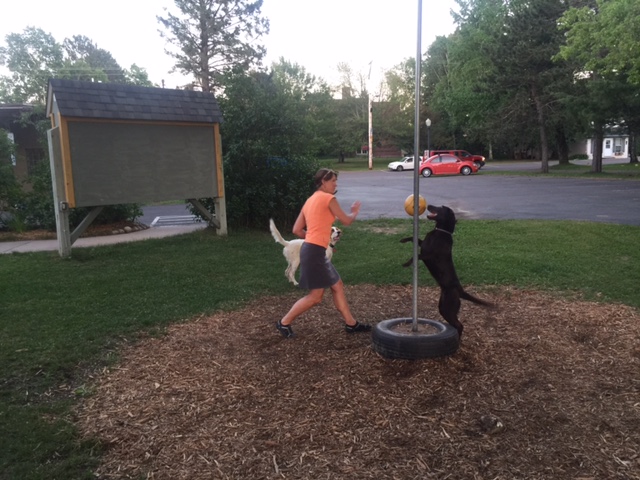 Tessie playing tether ball with Beth. Tucker didn’t know what to make of it. 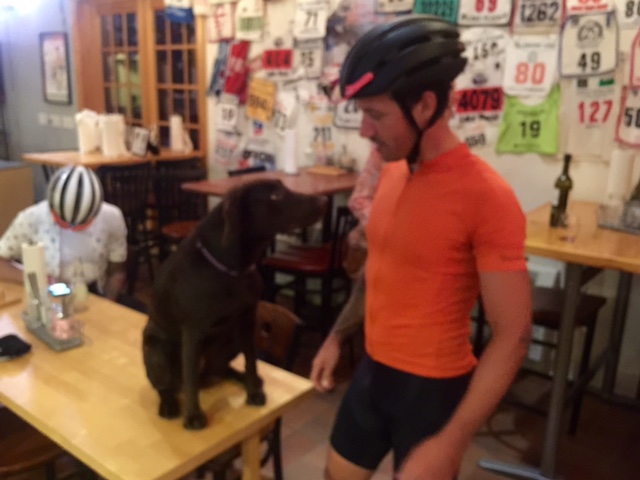 Jesse LaLonde rolled into Cable after 10 last night with a couple of his buddies. They are riding from MSP to Copper Harbor at the tip of the UP of Michigan.They had something like 217 miles in for the day.  It is over 400 miles that they are doing in two days. Did I mention most of it is on gravel and trails. Pretty great adventure. 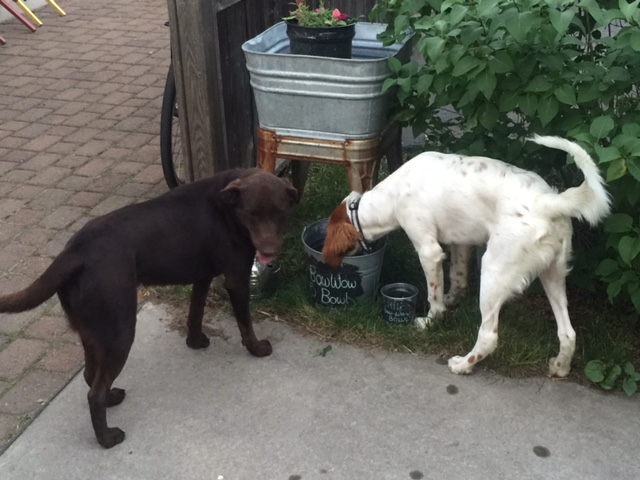 Tucker and Tessie sharing some water after playing. 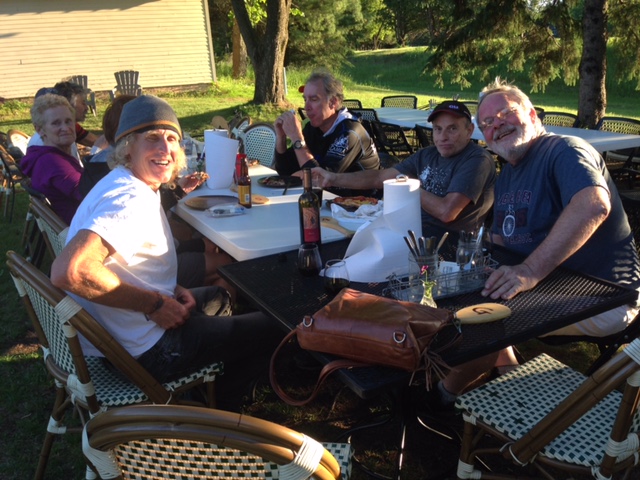 I was eating outside with Gary Crandall after the Mamas ride. 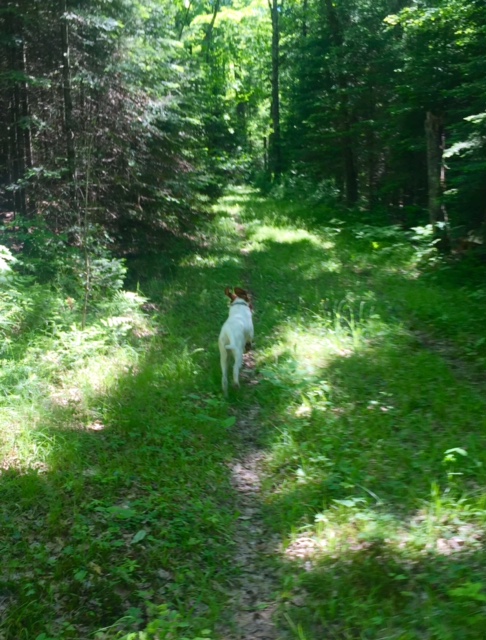 Tucker running on the Popsicle Loop.

5 thoughts on “Northwoods is a Dog’s Paradise”