The title of the post isn’t really true.  It wasn’t a bust coming down to race Tulsa Tough yesterday.  I say that but I am feeling disappointed about my abilities.  I have done this bike racing thing for a long time and I understand it ebbs and flows.

I can’t really say what happened yesterday.  Well, that isn’t true.  I pretty much got dropped. And I don’t get dropped in criteriums.  Not by the field.

It is funny, because the first guy I saw when I pulled up 1 1/2 hours before the race was Matt Ankeny.  He said, “Hey Steve, you’re late.”  I was thinking, shit, I have plenty of time.   But, with Tucker, everything is longer.  It took me a bit to get my number and by the time I got it pinned on and ready to warm up, there wasn’t much time to do that.

I was thinking, it’s fine.  It’s a huge field, I’ll just warm up the first 30 minutes.  But that is about how long I lasted.  I saw Matt again at staging and he say something about all my driving. Something like I would be either good or bad.  Then amended it and say either bad or real bad. I had a hard time disagreeing.  I had ridden a couple miles and it wasn’t pretty.

I’m not sure if it was from the heat, the driving the past couple days, or just I’m shit, but it didn’t go good from the start.  I was never comfortable.  After 15 minutes I was in the back third of the 125 guy field and I was pegged.

My heartrate was about max at the top of the small climb and it only went down a couple beats when I was resting.  The writing was on the wall.

For a lap or two it seemed like my rear shifter wasn’t working, but maybe I was just delusional, because after I had pulled out of the race, it worked fine and it was fully charged.  Weird.   It was so wrong when I thought that it was perfect I had a mechanical, because it gave me an excuse. How screwed up is that?

So, that was that.  I rode over to the hotel and checked in and then rode back to the van, got and got Tucker.  I was eating Chinese take-out watching the last few laps on my phone.  It was a little surreal.

Disappointment in sports is something you have to be able to handle.  Because there is a ton of it.  I’m not sure I’m as bad as I performed.  But I don’t have high expectations for today. Crybaby Hill takes no prisoners.  I’d raced this race, having a bad day, and it is ugly.

I was thinking about just packing up and heading home, but I came here for the experience, not for the results.  It is pretty cool watching the race from Crybaby Hill.  It is a thousand times better being on the inside looking out.  I’m not sure how long that will last, but I’m going to do my best to make it last.

And that cold beer, that for sure will be offered when I’m done, will just top it off. 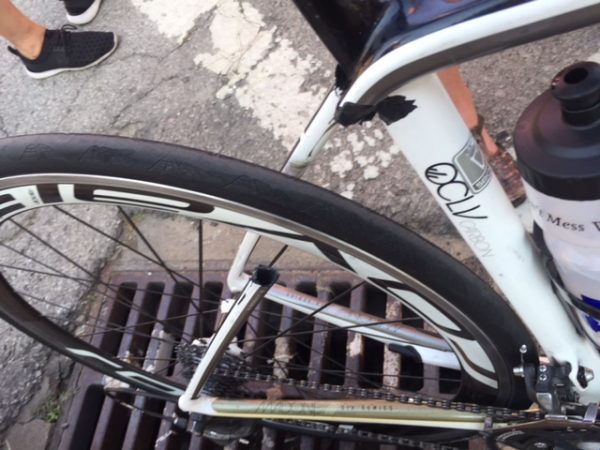 I saw this right after I had picked up my number. Man, carbon. 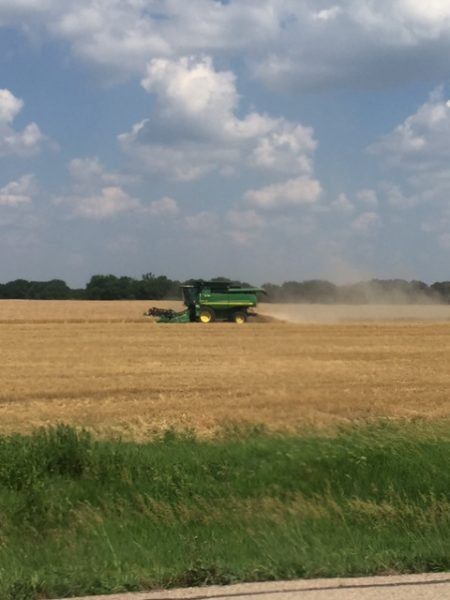 They are already harvesting wheat in Southeastern Kansas. 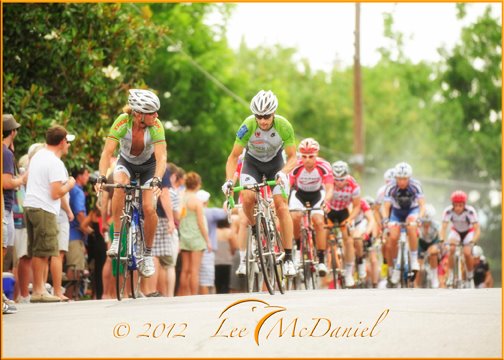 Lee took this 4 years ago today. He is here shooting great shots again this year. 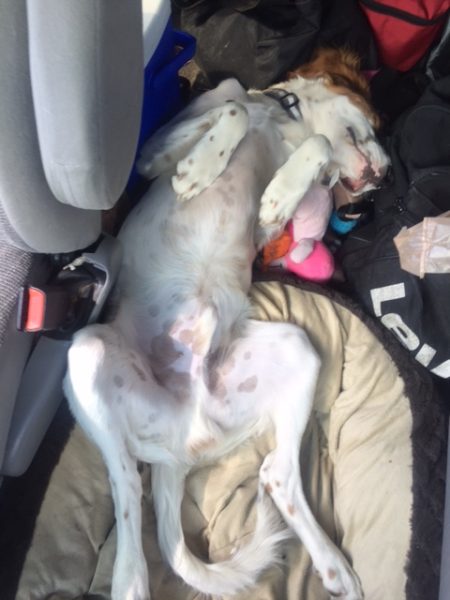 Tucker doesn’t like the heat much yet either. He turns 6 months old today.