It all started with not sleeping much at all.  On a tooth I have a crown, it hurts and is getting worse, not better.  I emailed my dentist in Minnesota and he said that most likely I need a root canal.  Great.  So I called all the endodontist in the city of Topeka and none of them could see me within a week.  Which didn’t even work because I am not going to be here.

So, I go over to where my AWD van is and the battery is dead.  I had ridden my bike so I figure I’ll just go get a backpack with a battery charger and charge it.  I get back there and find that someone had stolen the battery.  Worse than that they had cut the positive battery cable because they were too lazy to undo the 10mm nut.  Plus they had stolen all the relays, the gas cap and siphoned the gas.  WTF?

So I rode home and started looking for the necessary parts to repair it.  I knew I had a bunch of $20 discounts at Advanced Auto Parts, so I looked for them on my computer.  There were 3, expiring on June 2, 2016.  But when I tried to use them online, they didn’t work.  So I drove down to Advanced Auto to make sure they had the parts and ask them about the rewards.  They said I had to call to fix it.

I called and was on hold forever.  I finally got ahold of a pretty nice woman that explained they expired on June 2nd and yesterday was June 2nd.  I told her that generally when something expires on a date, it is on the end of the date, not before.  Like if something expires on December 31st, it doesn’t expire on December 30th, it is good until midnight on the 31st, or essentially, January 1st.  She told me that wasn’t the way they did it.

So I used a different tact and said that the rewards said they are good for 30 days.  And I made the purchases on May 3rd, so 30 days would be June 2.  Through June 2.  So she put me on hold for a supervisor.  They guy said they would send me one to use immediately by email and when I needed to use the other two, I had to call back to get them reissued.  What a drag.  It took over an hour.

I ordered the parts, the battery was $135, plus the relays, etc.  It was nearly $250.  I was splicing the positive battery cable back in the dark.   I got the van started and drove it home.

On the way, I stopped by to drop off a seat.  My brother needs the van to drive a tandem to Dirty Kanza tomorrow morning.  At the house I was planning to leave the seat, the sump pump had quit working and there was 12 inches of standing water in the basement.  The house is over 100 years old and it is a limestone foundation, low ceilings.  There was nothing there to ruin, just the water itself.  After I fixed it, the pump ran for nearly 15 minutes straight.

Adding misery, I had two ticks on me.  I hate ticks.  It seems this is going to be a bad year for ticks.  One was just crawling on me.  They other one was stuck where it would be, by far, the least desireable place a man could have a tick stuck on him.  I’ve been trying to put it out of my mind for the last 12 hours, so I share it here with the world, go figure.

I have about 5 hours to decide whether I’m going to drive down to Oklahoma City and race tonight at 9pm.  I wouldn’t be back home until 3 am, then have to drive to Kansas City to race tomorrow at 6 pm.  I’m going to skip the time trial at the Tour of Kansas City.  It is at 8 am and the race is just an omnium, so it really doesn’t matter.

Anyway, I’m glad yesterday is over.  Did I mention I lost my keys for a couple hours too?  Seems like the whole day was just trying to get back to square one.  It was one of those days that you’d just as well forget. 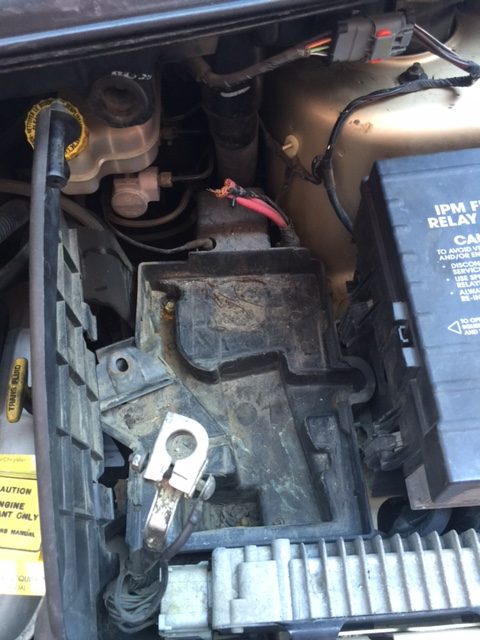 I don’t understand why they had to cut the positive cable. They obviously had the tools to remove it correctly. 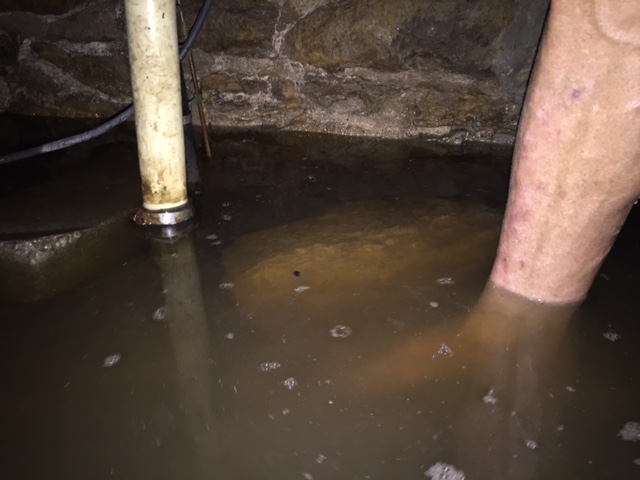 The water level after it had been pumping for 10 minutes or so. 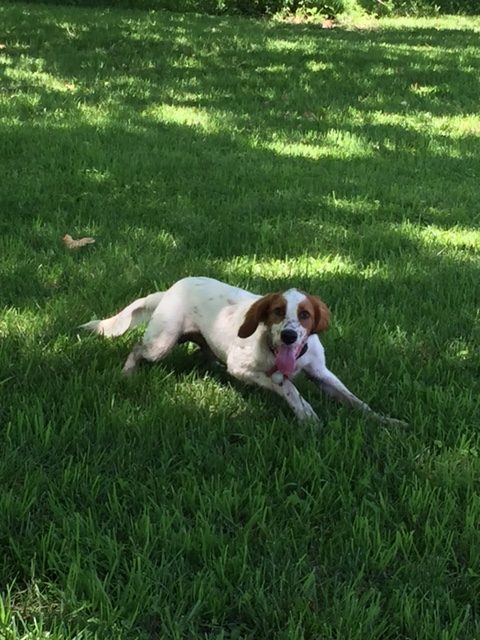 Tucker must be a tick magnet. I’ve been taking him out to the country to romp every day. (I don’t have a photo of the tick.)