Got back late last night.  The drive from Denver to Topeka seemed to take a long time for some reason, even though it was just the same old 7 + hours.  We left kind of late because Vicent and I rode a 3 hour MTB ride serpentining Golden.

We were both a little out of sync.  Me climbing, Vincent descending .  His bike is messed up.  But Vincent out of sync descending is just about perfect speed for me to follow him.

Anyway, about half way down from the top of Lookout Mtn. I felt latex spraying on my legs.  I stopped and saw a white spot on the very top of my tire.  I put the cut down, trying to get the hole clogged up with glitter and latex.  But, it kept oozing.

I remembered I had a plug in my seat bag.  We’d just used it on Saturday before the Growler in Gunnison on Vincent’s tire.  It worked great.  So I got out a plug and put it into the hole.

Vincent had some left over Co2 and it was just enough to get the tire limping home pressure.

Anyway, the plug isn’t a permanent fix, but they seem to be good enough .  I was talking to Brian Jensen on the way home and told him he should carry some on Saturday in the Dirty Kanza, 200 mile gravel race.  The Flint Hills in Central Kansas have sharp rocks and once you flat and put in a tube, the day gets long.  Tubes and the Flint Hills don’t get along very well.

I always have a piece of Gorilla tape available too, for catastrophic sidewall cuts.  That and a couple pieces of Tyvek, which is just an old race number.  Sometimes the Gorilla tape won’t stick if you can’t get all the sealant off the rubber, then I use the race number with a tube for the boot.

Anyway, if you don’t have a plug kit, I suggest you get one.  It weighs nothing and will really help you out in a bind.   It is such a hassle putting in a tube with all the sealant.  The plug will most likely help you avoid that. 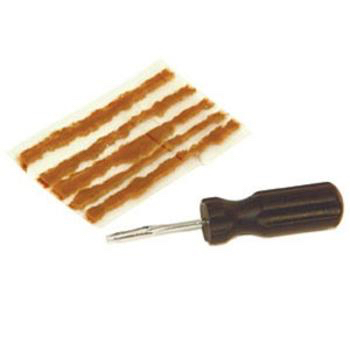 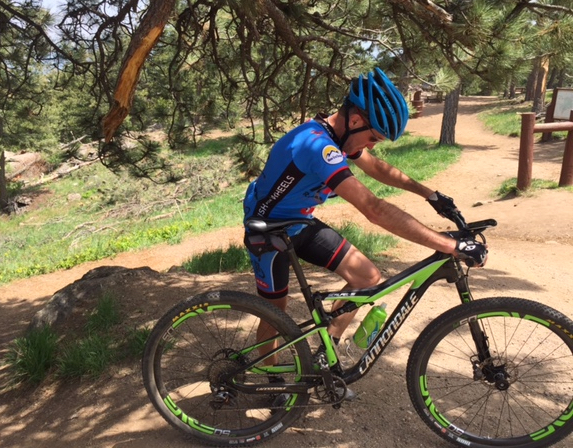 VIcent up on the top of Lookout. 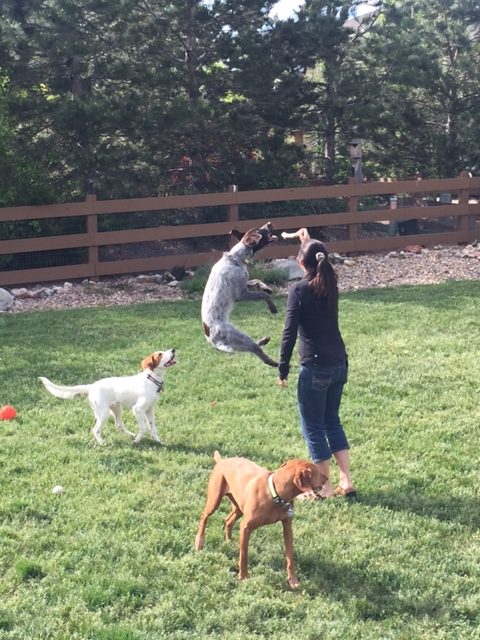 Trudi playing with Nikola, with Tucker and Jack hanging out.