The title of this post is the name of the town I spent last night in.  It is a small town, south of I-70, near Central Kansas.  A little west of central.  I’m not sure I have ever been to Ellsworth, but towns like this are gems.  Travelling to towns like Ellsworth, through racing bicycles, is one of the perks that can’t be replicated.

Ellsworth has tons of history.  It was once called “The Wickedest Cattletown in Kansas”.  It was a rowdy place.   Wild Bill Hickok ran for sheriff (he lost), and Wyatt Earp was a lawman there.   Pretty rich history.  Now there is a “corrections facility” here and just plain nice people.

We ate in a steak house next door to the hotel we were staying.  The steak house was owned by a famous soccer play.  His resume is below.  The place was a trip.  Guys driving through from a motorcycle race.  Another guy, a trucker who said he had a mandatory 36 hour layover.  He was going to Garden City from Illinois.  He was carrying some super concentrated liquid fertilizer.

The motorcycle racing table kept staring at me and whispering.  Turns out they thought I was the guy that won their race.  And everyone was drinking pretty seriously.  The owner’s wife Tina, wouldn’t give Catherine a glass of wine after Catherine explained she was doing a long MTB race today.  Tina said wine dehydrates you.  Instead, she brought a slushie that had lime juice, shaved ice and bourbon in it.  Crazy.

It seems everyone knows everyone.  Really.  I heard on guy said he was busy planting his garden.  Thought he might have gone overboard.  He planted 90 tomato plants.  How many tomatoes would that produce?  Nuts.

We pre-rode the course yesterday for an hour of so.  None of the rocks went away from pre-riding it a month ago.  I am rusty, but that is half the reason I’m racing here.  You can’t get back up to race speed off-road without racing off-road.  That is a fact.  I kind of hate to admit it, but I woke up at 3 am with a headache.  Plus my back is sore.  I think it is from the pitiful pre-ride.  I am just stiff from not paying my MTB dues.

The race this morning starts at 10:30.  It might have rained some last night.  Everything seems a little wet.  That would make for a trickier course.  It is 30 miles and takes a little over 2 hours I think.  That seems fast compared to pre-riding.  I guess we’ll see in a couple hours. 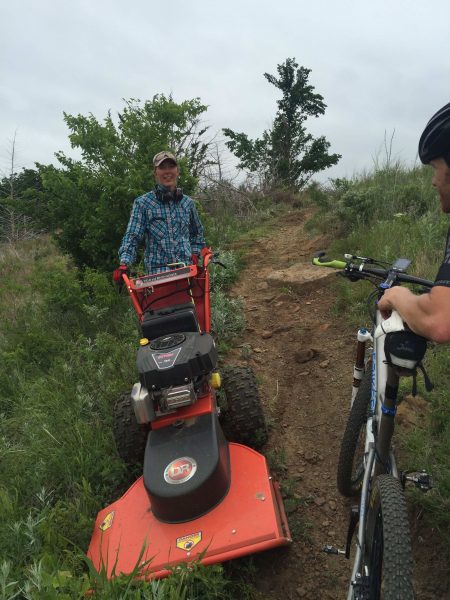 This is Sara K. I’m not sure if she spells her name with an h or not. Anyway, she was running this down the trail. It was so hard to ride and she was “man-handling” this brushhog deal. She must be crazy strong. She said she had been at it 4 hours. Amazing. 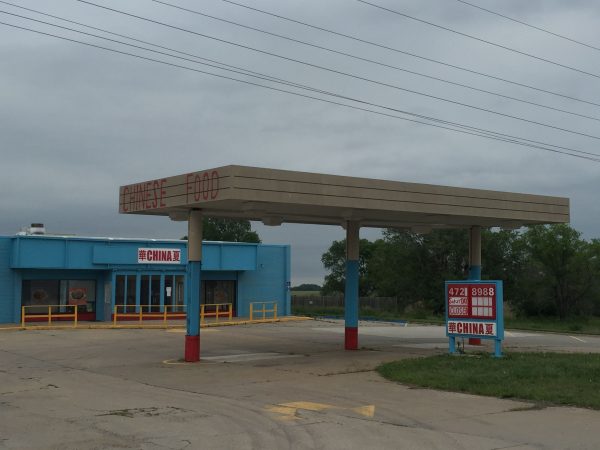 The local Chinese restaurant. It was closed yesterday. 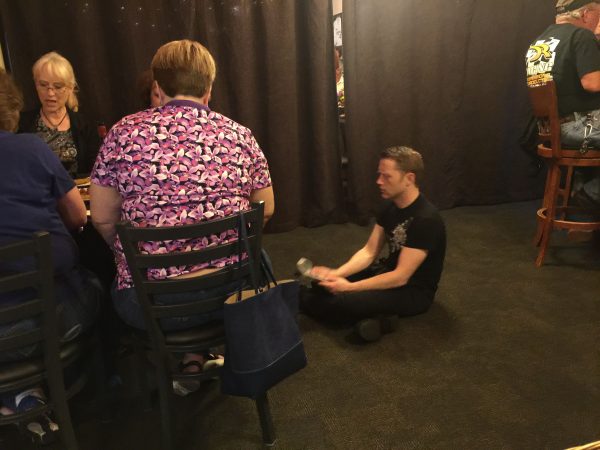 Our waiter taking a order from the table next to ours. 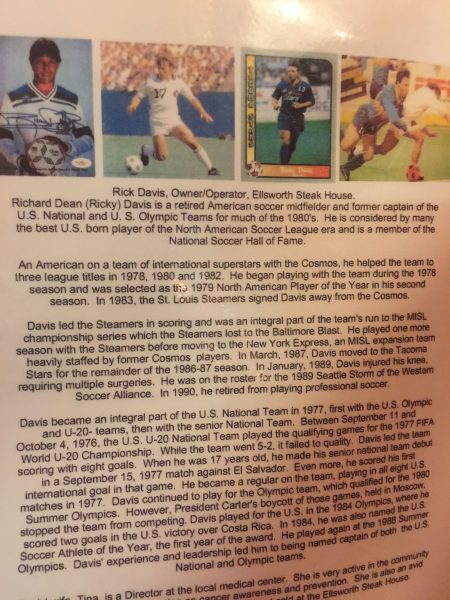 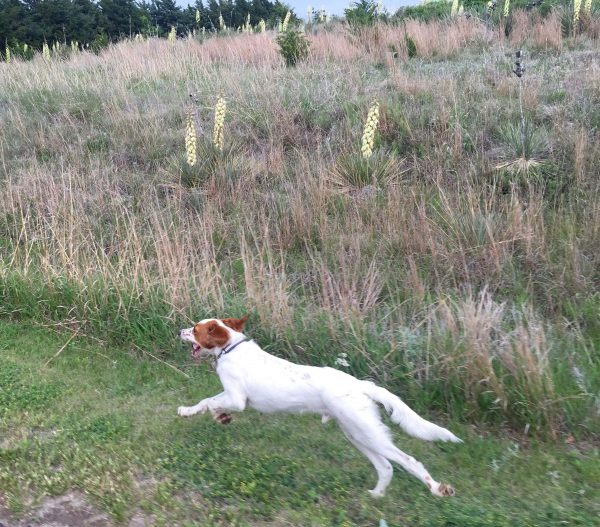 Tucker running in the Yucca plants.