Yesterday I was doing the 3rd stage of the Flyover Series Event in Nebraska.  I thought I’d blown the cobwebs out of my legs in the criterium the night before and was looking forward to racing. It was a 10 mile loop, 7 times, that was rolling and breezy.

I thought I felt alright before the race, but thoughts are just that, thoughts.  The start was out in the country at a local bar in the middle of a giant cornfield.  I love local racing.  I let Tucker out for a last romp/pee and next thing I know he is about a quarter mile away chasing birds in the new corn.  He was bird crazy and a thought went through my head that I might miss the start trying to get him back.  But he came, luckily, and it was all fine.

When we started, it was with a tailwind.  Down a hill and then then longest climb on the course, maybe a kilometer.  I didn’t feel too good.  Like tired and my lower back was tweaked.  We turned to a sidewind, to the centerline and we still didn’t race, just rode along.  Going back into the headwind, it started going faster, even though we were riding into a 20 mph headwind. Coming up to the last corner, we were turning into a straight gutter riding section.

It amazed me that no one was fighting for position before this corner.  In a normal pro race, we would have been sprinting for the corner, but we just turned it as if it was calm.  But the shit started to hit the fan.  I made the first couple splits, not riding unless the combinations were right.  I needed guys from 4 different teams for it to be correct.  It is like the combination to a lock.  About 3/4’s of the way across the sidewind, the perfect combination went up the road. Immediately their respective team mates got to the front and clogged up the front, which was only half the road.

I asked the guy next to me if I could get out.  I jumped when the break was maybe only 200 meters ahead.  I had one guy that came, a Mercy rider that came through after a while.  I didn’t realize how bad I was.  As the guy was pulling ahead of me, I wasn’t recovering.  I realized I had one last ditch effort left when we were only 40 meters back.  I jumped, not going quickly by my pulling companion, but he was done and I went full out.  I barely made it.  LIke barely.  If it would have been just 100 meters later, I never would have got on because we turned with the tailwind/downhill section.

I was gassed.  Just then my Garmin flashed “poor” on the screen.  Like I needed that.  I already knew that.  I could barely hang on.  I sat for a few rotations, then pulled through just fast enough to slow the group down.  One amazing move was that Joe McWilliams bridged up to the five of us, solo.  I don’t know how he did it.  I was barely sitting on.  I asked him after the race and he said he blacked out doing it.  That didn’t surprise me.  It was phenomenal.  So phenomenal that he was completely blown and sat the majority of the next two hours.

My group was working pretty good, other than me holding us up.  Jameson Ribbens, who won the time trial, was doing crazy pulls downhill.  So crazy that I was pedalling super hard drafting him.  He pretty much established, then drove the break himself the first 20 miles.

Like I said above, we had the perfect combination of teams represented, so I was pretty sure we were good.  The other members of my group were Kent Woermann, Jake Buescher, Jordan Ross and Joe.  Plus Jameson.

As the race progressed, I got a little recovered, but it was slow.  I couldn’t really do shit sitting down so tried to time my pulls climbing.  It was the only time I had any power.  Slowly everyone got tired.  I never got any worse and eventually I “caught” up to everyone by the other guys getting worse.

The last lap I was pretty comfortable, but was starting to feel cramps.  How crazy is that.  Bad for 60 miles, then feel good for 5, then start cramping.  I had 5 good miles the whole day.  I actually was considering attacking up a hill, but there was no reason.  I could probably have dropped a few guys, but couldn’t do anything after that, so there was no reason for it.

We kept rotating.  I asked Kent, who was a team mate of mine a couple years ago if he was doing the whole series.  He said yes so I told him I wouldn’t chase him if he went.

Coming to the finish, the wind had calmed down a little and it was more at our back.  We slowed the last mile and eventually just started riding to the finish.  I got behind Jameson, thinking he was the strongest guy.   He was behind Kent, who was leading.  Kent jumped from the front long, maybe 350 meters out, uphill.  Jameson hesitated for a little bit and it was all over.

Kent had 20 meters, I couldn’t have caught him if I wanted to.  I came around Jameson and just then Jake came by me.  I did a slow drag race with Jordon and ended up 3rd.  I was hurt.

It was really nearly a perfect race for me, considering how badly I was pedalling.  It couldn’t have been more steady.  I lucked out.

Bike racing is so interesting.  I should have probably been shelled in the gutter, but lucked into the break.  As it turned out, the race was winnable, even though I didn’t.  Joe bridging was amazing.  Jameson’s pulls were incredible.  That guy has crazy power.  He says his FTP is around 375 watts and he’s 150 pounds.  No wonder he did close to 29 mph in the time trial on his road bike.

I was intent on getting gone from the race quickly.  I had 400 miles to drive to Wisconsin.  I put my bike away, let Tucker out and run and changed into street clothes.  I walked over to get prizea and just then realized they were doing the podium for the road race.  I was in street clothes.  How embarrassing.

So, I was there, on the podium in jeans.  Horrible podium etiquette.  But it happened.

I did the 7 hour drive, taking a shorter route, but rural roads through Iowa.  It was beautiful. Iowa is so well groomed.  Everything in perfect order.  It has such good soil.

I got to Kent and Katie around 10 pm.  There was a plate of salmon, potatoes and broccoli waiting.

Tucker and I are in the basement.  Tucker doesn’t know how to go up and down stairs, so I had to carry him up and down.  He’ll figure it out.

It was super nice waking up out in the country.  Tucker ran around like crazy this morning.  Kent and Katie have a dog, plus Dennis is coming here with Hawkeye later today.

The riding here is unparalleled.   I am pretty torqued, so could use a couple long slow days.  I’m looking forward to it. 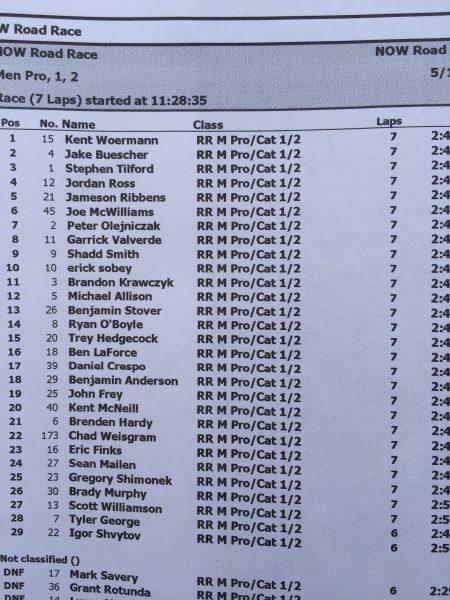 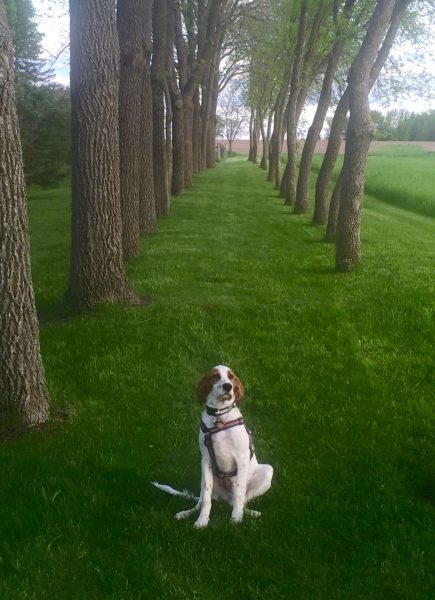 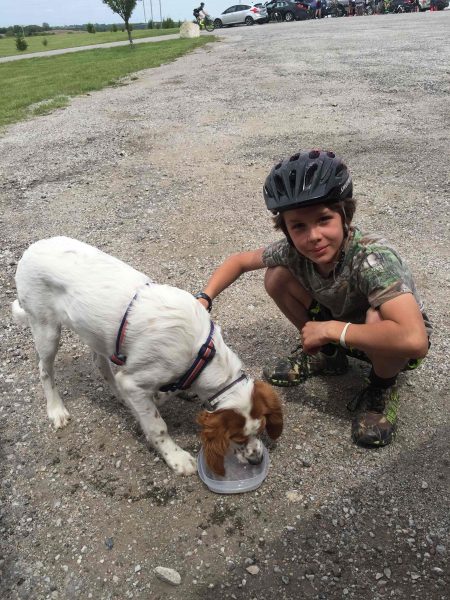 This is Finn Smith. He takes care of Tucker when I’m racing. 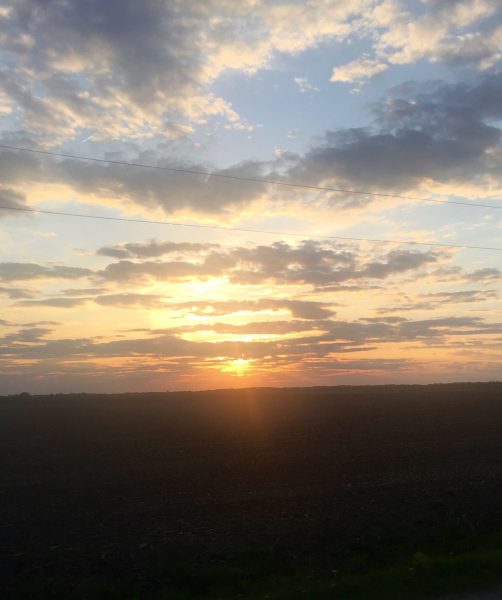 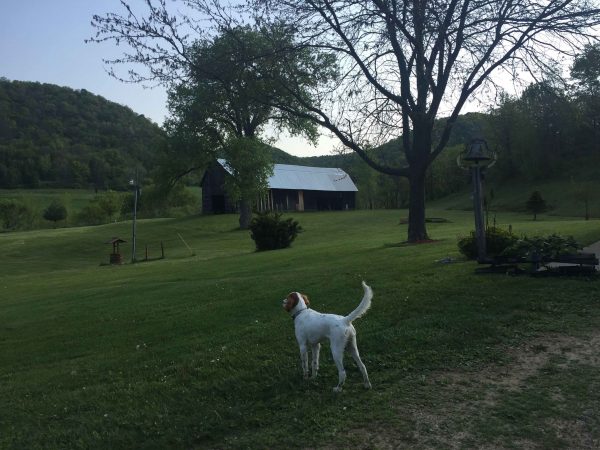 View this morning. Tucker loves it. 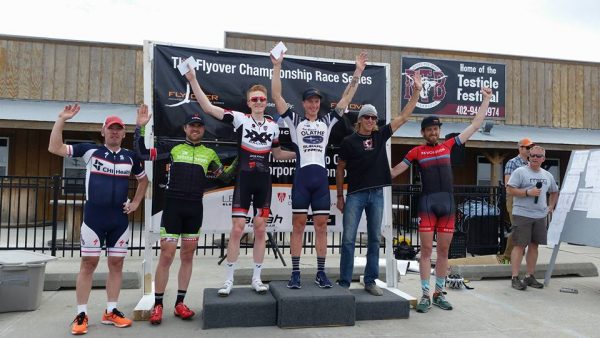 Okay, I knew Kelly would post the podium photo. Here it is, in all its glory.  5 guys in race kits, then me.