Yesterday I drove to Dallas from Austin.  It is truly amazing how much construction they are doing on I-35 between those two cities.  They keep adding lanes, with no improvement of the traffic problems.  I guess the people are arriving faster than the infrastructure still.  Eventually people will cry uncle and not take part.

Tucker is 5 months old today.  The last week he has gotten pretty crazy. Like bird crazy, running crazy, anything crazy. He has gotten so much stronger in the last two weeks that he’s a handful when walking on a leash.  He obviously needs to learn some manners.

I’m thinking about racing the Thursday night training race at Fair Park tonight if it stays dry.  I did that race once last year and it was super.  I didn’t get to race last weekend, so it would be good.  Then I’m driving back to Kansas and maybe doing the Flyover Series Races up in Nebraska this weekend.  I have to decide that pretty quickly I’d think.

I’d brought my MTB with me and was sort of thinking about racing in Warda at a Texas MTB series race, but forgot my MTB shoes.  I would have seriously considered just staying here and racing, but for the sans shoes situation.

It has been storming here in Texas like crazy the past few nights.  Texas storms are like everything else here in, big.  All the storms that plow through Oklahoma seem to start down here and go Northeast.  They usually dump an enormous amount of rain.  Riding in Wimberley, I got tosee firsthand how much storm damage is caused by these deluges.  Wimberley was nearly completely swept away during a flood just last year.

Okay, I’m going to go for a ride and then decide about racing. 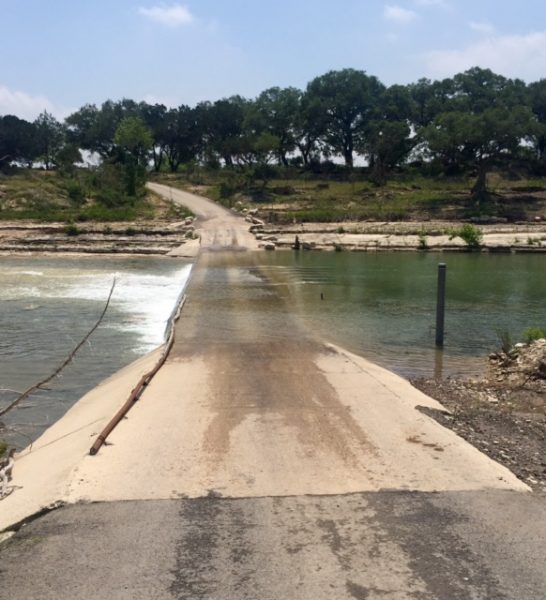 A low water bridge off of Flite Road, connecting to Fulton, outside of Wimberley, I had to ride over a couple days ago. 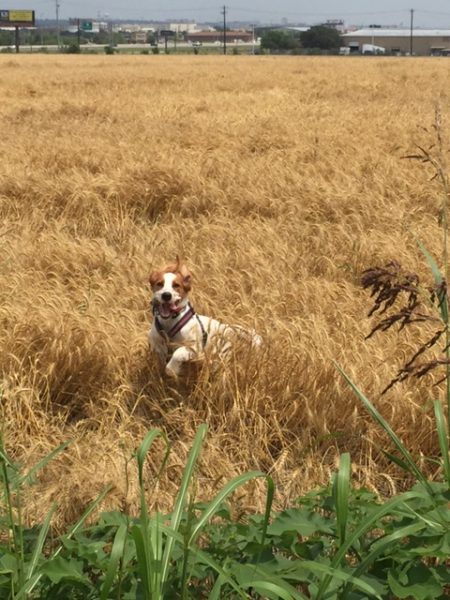 Tucker is a happy boy most of the time.