I don’t understand what we used to do with gearing on a bicycle to compete.  I’m dating myself, which is fine, but when I first started racing, there were 5 cogs on the back and the smallest was a 13.  But the biggest was never more than a 21 or maybe a 23.  That is with a 42 tooth small chainring.

Yesterday, I was riding up a 18% grade by WImberley Texas.  I was messing with my Garmin at the bottom, so I lost all momentum, but even when I started riding “normal”, I was using a 28 in the back, and I ride a 39 in the front.

I climb alright, nothing stellar.  I wrote a post on climbing in general.  I’ve ridden a ton of steep climbs.  I rode the steepest street in the world down in New Zealand. And there is no way I could have climbed that street in a 42 x 23.

I have ridden a bunch in Colorado the past few seasons and have done most of the cimbs that used to be included in the Coors Classic.  Independence Pass or Loveland Pass, etc. don’t seem that hard with a 39 x 25.

I’m thinking most of the hard climbing I did was hard because I was always overgeared.  Like I was doing isometric exercises while trying to pedal my bike.  For sure that was the case in the MIlk Race.  I don’t know how many hills I had to tack to make it up them.  I remember riding beside a photographer, carrying a bag full of equipment and he casually took my photo, just walked up the hill a few steps, turned around and took another picture of me.  I was thinking to myself that it would be faster, and easier, to just walk.

On the Levis Team, we had a Maillard Freewheel box.  We could build our own freewheels.  We had some aluminum cogs for special days, but I don’t ever remember riding a 26 or 28 in the back.  I’m not sure why.  I don’t even know if that freewheel kit had gears that big in it?

Anyway, gearing selection is key now.  When the Tour of Spain adding in these stupid crazy pitches at the end of stages, guys are riding compact gearing in the front.  That would have been unheard of just a decade ago.  I guess it is an advancement of the sport.   I know I just leave an 11-28 on my training wheel all the time now.  Never know when you’re going to hit a wall. 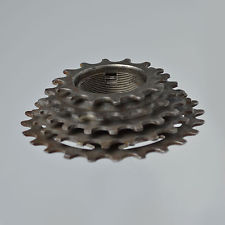 How silly does this look now? 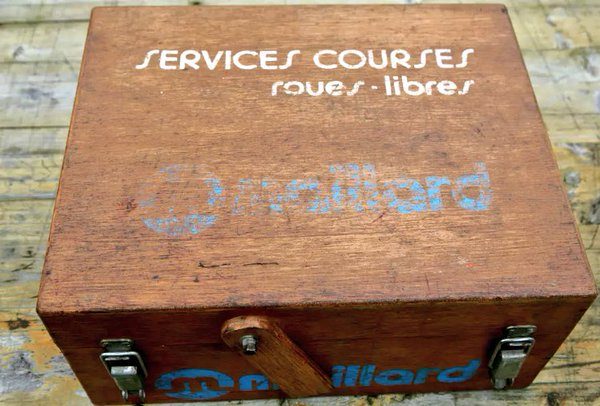 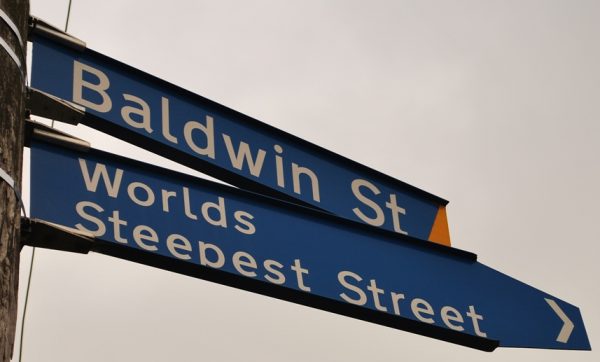 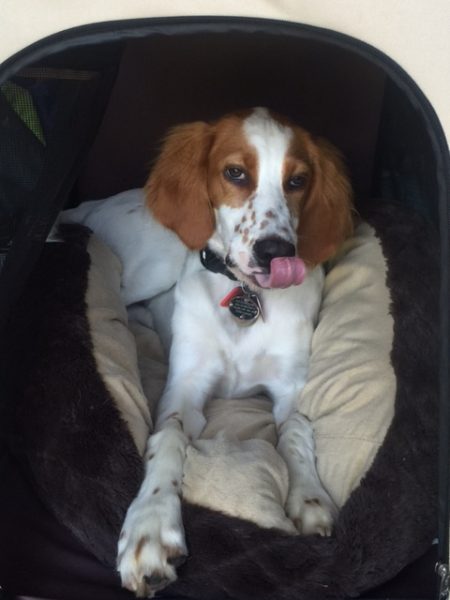 Tucker likes his nylon travel “box”. But he knows how to get out now.