I got a good story for you.  The story, to me, emphasizes exactly the reason that we need to do our best to make our sport healthy.  And by healthy, I mean drug free, good officiating, reasonable entry fees, and fun. And fun might be the most important thing.

A couple weeks ago I got a call on Thursday, when I had already raced the time trial at Joe Martin, that a local guy from Topeka, Andrew, was looking for a ride to Fayetteville.  I told him that all the guys I knew that were coming had already left.

Andrew works a couple jobs, he works at a coffee shop and also at the Topeka Community Cycle Project.  He also goes to college at Washburn, a local university.

Anyway, Andrew’s car has a head gasket problem.  He has an old Volvo.  So he was looking for a ride.

I didn’t see Andrew until Sunday.  It turns out that he got a ride with someone from Topeka to Kansas City.  But the problem was that his ride from Kansas City to Fayetteville wasn’t until Friday, late morning.  That was his only option, so he took it.

He decided that he would just camp out at a Walmart on Thursday night, where he was supposed to meet his ride on Friday. He got down there late-ish on Thursday night and soon realized that his plan wasn’t that great.

He said that there really wasn’t anywhere to hang all night, with his backpack and bicycle.  He had assumed there was going to be a bench or something, out of the way, but he couldn’t find a place he felt comfortable.

So, he went back to the camping department and bought a sleeping bag for $10.  And he got on his bike and looked for a place to sleep.  It had rained a ton and the ground was pretty wet.

He finally found a place by a storage locker place.  It was quiet, and there were pine trees, which had dropped needles, so it was dry.  He crawled into his sleeping bag and got a few hours sleep.

He got to Fayetteville on Friday and had a hotel room floor to sleep on.  He caught a ride to the time trial, but didn’t have enough time to pre-ride the course.  He was racing the Cat 5 race.

He had a pretty bad time trial, but went on to finish 2nd, out of a 3 rider break later in the day in the road race.  Then he got 3rd in the criterium and finished 4th overall.  His team affiliation at Joe Martin was Poverty Studies.

There are tons of Andrew’s out there.  I meet them all the time.  I was him.  The sport used to really take good care of guys like him.  It took care of me.  I can’t tell you have many floors I’ve slept on, how many rides I caught, how many generous promoters gave me free entries.  All these people allowed me to get to the point where I could self sustain.

I don’t think the sport does such a good job of this anymore.  We’re not horrible, but I don’t think society, in general, is so generous as it was in the past.  We need to make sure we, as a sport, acknowledge the need for generosity and old time ways. 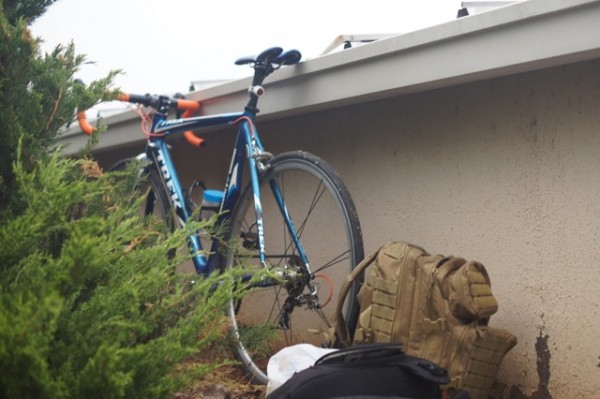 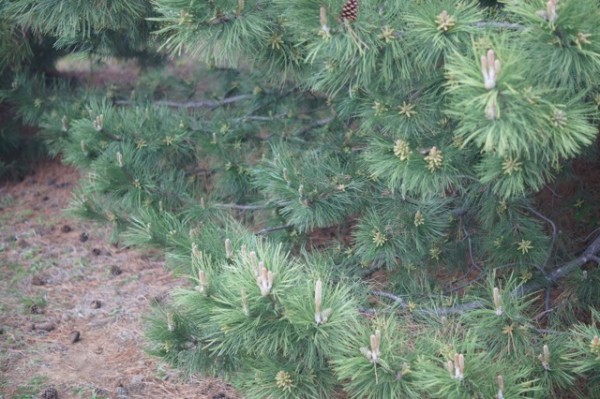 He took a picture of the pine needle bed. 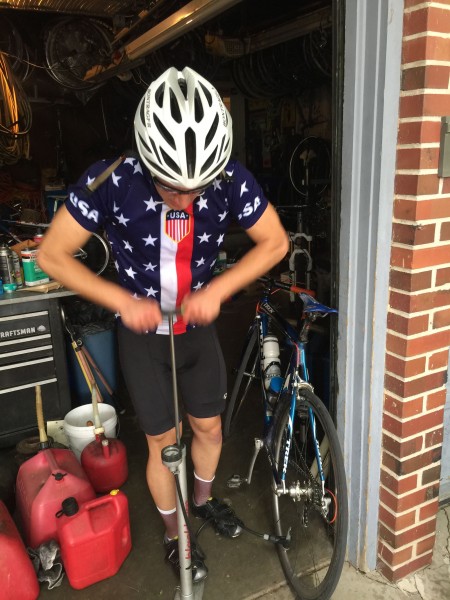 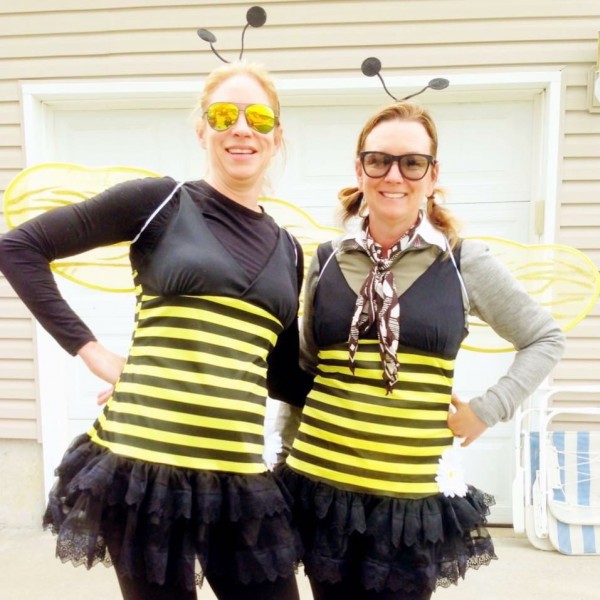 The two best dressed volunteers at the Velotek Stage race on Sunday.