This TUE (therapeutic use exemption) thing that keeps popping up in cycling is complete utter bullshit.  When you are so sick that you need a medication that is banned to compete, then you should not be competing.  That isn’t very hard to understand.  These guys all have such horrible lungs that they all need inhalers to compete.  I remember seeing a race where Chris Froome pulled an inhaler out of his pocket just a couple minutes before he shelled every other rider on a climb.  Pretty ill, huh?

Gerry Ryan is the owner of the Orica-GreenEdge team.  He is worried that his rider, Simon Yates’, adverse analytic finding for testing positive for terbutaline, with be tried in a “kangaroo court”.  Many that is what this qualified as?

I don’t know shit about Simon Yates, other than what I, and anyone else, can read about him. But he had terbutaline in his system at a dope control test at Paris-Nice.  For some reason, Ryan and his team, think that just because the team’s doctor listed the medicine on the form when Simon did the test that they think that excuses him for having it in his system.  Hardly.

I don’t know the protocol of how Orica-Greenedge handles their rider’s TUE’s, but the rider is responsible for the medicine within his body, no one else.  It isn’t that hard of a concept to understand.  And it isn’t that hard of a task for a rider.  I assume that Simon isn’t taking a couple page list of medications that are all banned for competition.  I hoping it is just this, or maybe two. Which is two more than I approve of.

Isn’t it great that Orica is taking full responsibility for this “mistake”.  Orica’s statement -“In this case the team doctor made an administrative error by failing to apply for the TUE required for the use of this treatment. The use of Terbutaline without a current TUE is the reason it has been flagged as an adverse analytical finding. This is solely based on a human error that the doctor in question has taken full responsibility for.” That the rider isn’t at fault at all?  I disagree.  The rider is ultimately at fault here.  He is the responsible party.

And what they all don’t understand is the process.  You don’t administer medicine and then apply for the TUE.  You apply for the TUE and then, if approved, get the medicine.  Pretty simple. Guess they missed that memo.

Lots have been written about cyclists taking asthma medication.  Seems like it is pretty suspicion.  I saw this comment at this article at Cyclingnews.

And in the case of inhaled terbutaline, this recently published study suggests that high-dose usage is performance-enhancing in trained athletes:

So, this drug can be used to treat asthma or can be used to increase muscle strength.  I guess it probably does both.  Seems like it shouldn’t be used in competion at all, TUE or not.

My view is pretty simple.  If you are healthy, race your bike.  If you are sick and need banned medicine to compete, you shouldn’t be.  Of course there are going to be a few exemptions to this simple statement, but if you are a professional athlete and you need an exemption for a banned substance to compete constantly, then you probably are in the wrong occupation.  Get another job.

I feel badly for Simon if he is truly “innocent” here. But like I stated above, ultimately he is responsible for what is in his body.

I’ve had a hard time breathing recently.  Maybe this stuff would help me out some.  I think I’ll try it for a little while and if it works, then I’ll apply for a TUE.  Think that is prudent? 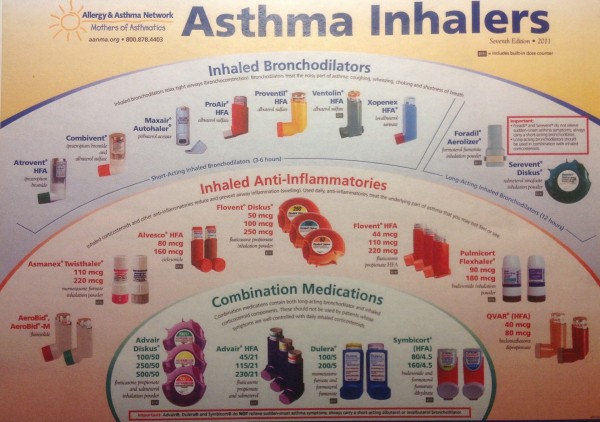 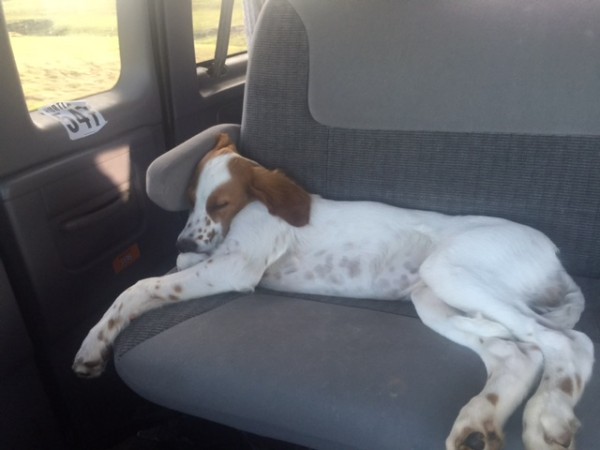 Tucker is getting big. He is 36 pounds now. He needs his beauty sleep often.

45 thoughts on “TUE’s are Bullshit”