I think I am just an okay stage racer.  I’ve never done a 3 week race, but have done a bunch of 2 week events.  I usually leave the race feeling much better than I started.  I’m not sure if that is because I was under trained going in or that my body responded better to multiple days than other guys.  Either way, it usually worked out pretty good.

There aren’t that many long races I can do anymore.  Not being on an active UCI team really limits the events that guys ride.  Now it is just 4 or 5 day domestic races like Joe Martin, North Star Bicycle Festival and such.  By just, I don’t mean to belittle them.  I mean there is a huge difference between racing 4 or 5 days and 14.

I woke up yesterday feeling pretty good.  Like good enough that I wished there was another hard stage at Joe Martin.  Joe Martin is a funny race.  The stages are pretty hard, but the general classification always seems to come down to the time trial and time bonuses.  I guess that is just the nature of the “new professional sport of cycling”.  Win the time trial and then control the road races. That didn’t quite work out for Jamis on Sunday, but it usually does.

Anyway, I was surprised racing the hilly criterium on Sunday how bad I felt the first few laps.  I felt pretty great warming up and then when the race started, I was pretty gassed for the first 3 or 4 laps.  Then it got super easy.  I think one aspect of aging in athletics is that it is much harder getting up to full gas race speed initially.  That has to be the explanation for these short, uphill time trials.  I feel like I’m climbing alright, but I seem to suck at doing a 10 minute race effort. That isn’t a very good sign for cyclocross.

Anyway, like I said I felt pretty good yesterday morning.  We had a 5 hour drive back to Kansas, with a stop at the Apple store in KC to get my phone repaired.  We got back to Topeka with 15 minutes to spare for the 5:30 evening ride.  I changed pretty quickly and just made it.

I felt pretty good the first 10 miles of the ride and then began to fall apart.  After about 20 miles, I was ready to head back.  I pretty much was done at the finish, just a little over 30 miles.  That is so weird because before the ride, I felt like I was going to do another hard day on Monday, because it was supposed to storm all day today.

Anyway, Andrew Talansky did an interview last week where he said, ” With the level that cycling is at you can’t race to train, you’ve got to train to race and it rarely works the other way around.”  I planned to do a post on that on how I totally disagree with the statement.  I think most guys only get to top form by racing.

I’m trying to decide what to do next weekend.  There are a couple MTB race options and then there is Iowa City weekend, which is always fun.  Hopefully I’ll feel better tomorrow.  I think I’m ready for a nap and it is only 9am. 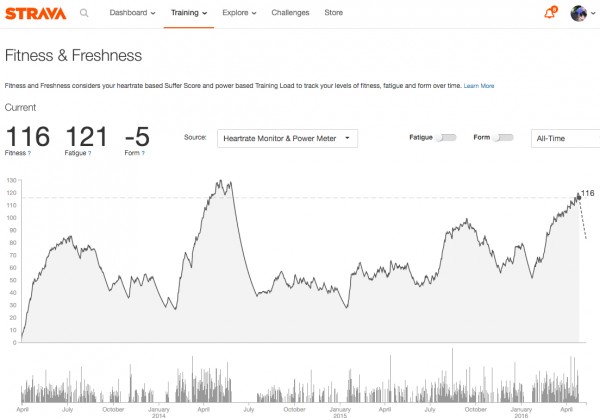 My Strava form and fitness is the highest since Quad Cities  two years ago, where I broke my hip. I’m not sure what all they use to come up with this number, but obviously it takes race numbers into account. 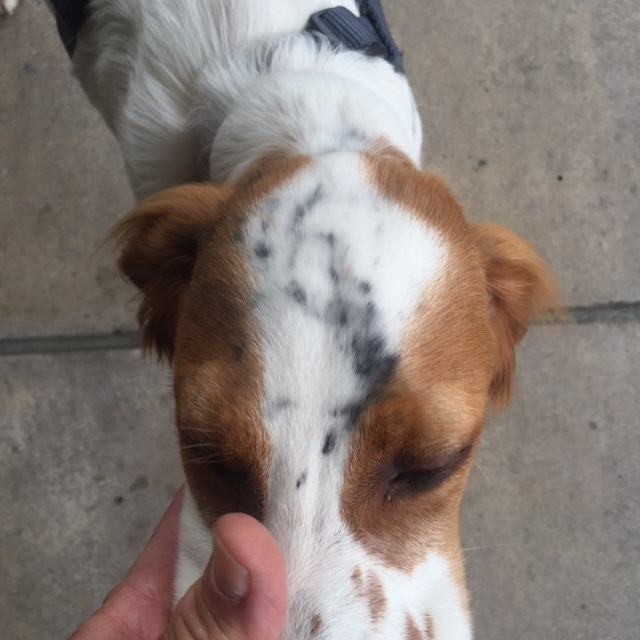 I left Tucker in the van while we were packing up yesterday and he got into the back and got caught up in the bikes. He was covered with chain grease and very unhappy. I’m going to give him a bath today after taking him out into the country for a wet run.