Yesterday was the final day for Joe Martin this year.  It is a pretty challenging criterium in downtown Fayetteville.  It was windy, so the race was just that much more tricky.  I have a zillion observations from the whole weekend.  Enough to probably do a month of posts.

GC changed in the 1/2 race.  Connor Dilger, was super aggressive and rode away towards the end of the race with Friday’s winner, Kyosuke Takei.  With the time bonus and 4 second split they finished ahead, he ended up winning overall by 2 seconds.  Pretty close racing.

I was pretty alright during the race.  The first few laps were painful, which seems to be the case nowadays starting hard.  I don’t know if that is an age deal or just tired legs syndrome or something.  After a few laps, it was pretty easy for me.  I was a little lazy, thinking it was going to be a field sprint.  If I could do it again, I would have tried to expend more energy towards the end of the race.

I was a bit surprised a little group rolled away.  That got me a little unmotivated, not sprinting for the win.  On the last lap, I hooked up with my team mate, Alex Hoehn.  I told him to get on my wheel.  He did, but he had to fight for it.  I jumped up to the last corner, which is about 300 meters from the finish.  We went into the corner just a couple guys back, but it is a long haul up to the finish line.

A couple by went by and I glanced back and Alex was at his limit.  He had done such a good sprint on the Friday’s night finish uphill, but I think he was feeling the past three days.  I eased up a little and he went by before the finish.  He was 10th, which is a good result for him.  He is a category 2 and needs upgrade points.  I guess Joe Martin is good upgrade points, not really sure how that works.  Alex rode great all weekend and finished 10th overall.  If he would have just be a couple places further up, they split the field at the finish 4 seconds, he would have finished 7th.  I was 13th in the criterium and 26th overall.  The GC came down to the time trial pretty much.

I went to Strava and compared the Pro race lap times to the 1/2’s.  They are fairly comparable, just a few seconds off one way or another.  Their average speed was a little less than a mile an hour faster, but that race is so controlled, so it isn’t the constant jumping and slowing.  My final lap was 2:40, which is the 6th fastest time this year on the Joe Martin criterium course.  And it was windy, so it was slow compared to previous years.  I’m good with that.

We stayed in Fayetteville last night.  We had a room, plus, I have a Apple Store appointment this afternoon in Kansas City, so I don’t have to turn around and drive the hour back to KC.  We ate pizza at this Wood Stone Craft Pizza.  I ran into the Lupus team there.  They were just hanging before flying back to NYC tomorrow.

It was super interesting talking to those guys.  They have a super passion for the sport and come at it from a really unique angle.  They live in Manhattan, or Brooklyn and say they can race 5 days a week.  I think a couple of the guys used to be messengers and they had ridden the Red Hook Criteriums.  Red Hook races are road criteriums on track bikes.  Fixed gears, no brakes.

They told me about the Japanese rider on their team that was 3rd overall.  He just flew over on Tuesday and started racing Thursday.  Man, that is a feat.  I am so, so jetlagged coming back from Japan to the US.

Anyway, it was a good conversation, really interesting.  Smart guys with the passion.

We’re gonna ride a little here and then do the 4 hour drive to KC, so Monday will be gone before I know it.  I feel a lot better than before I started the race.  Pretty okay, could race a few more days.  Hopefully this will jumpstart me a little for more important races later on.  I have to race to get into shape.  Training just doesn’t do it for me. 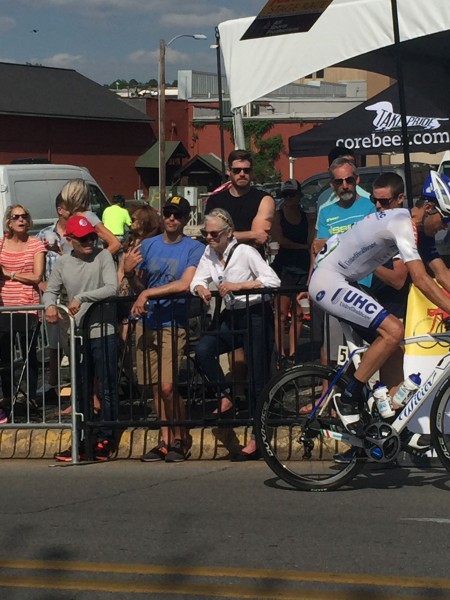 This is Nancy Martin and her son, John. I met John yesterday. I tried to go across the street to talk to Nancy, but they were doing a family introduction at the race and they were busy. I raced with Joe the first couple times I did this event. Seems like such a long time ago, but then when I think about it, it seems short. Time is strange. 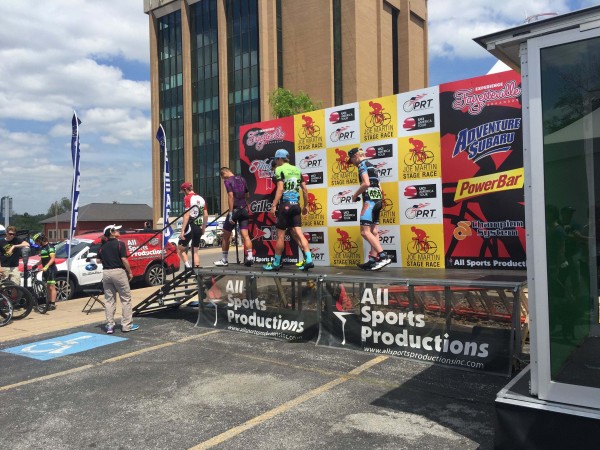 Kind of missed the photo of the 1/2 podium. All these guys rode great. 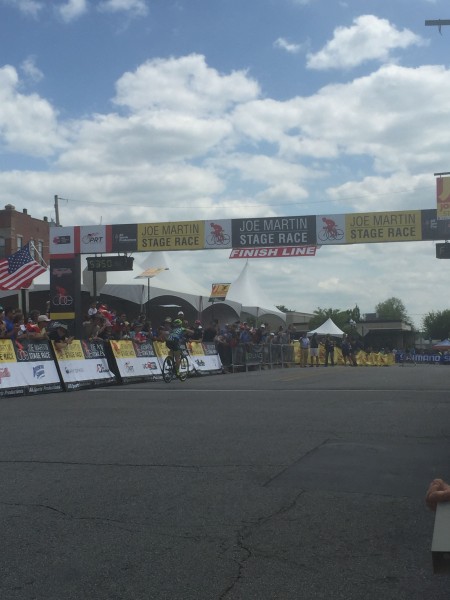 Lauren Stephens made a super move with a lap to go and won the women’s criterium solo. She moved into 3rd overall from the effort. 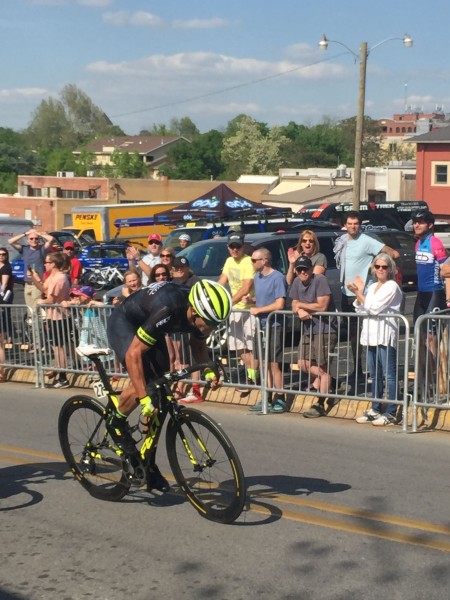 And Travis Mccabe killed up up the hill and won the Pro 1 race. Pretty impressive sprint.  Nancy applauding in the background. 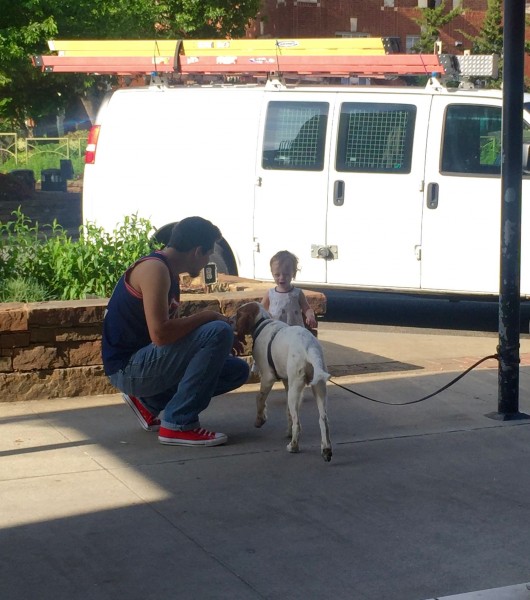 Tucker got a lot of attention this weekend. Especially from kids. He likes kids a lot, maybe better than other dogs.

2 thoughts on “Joe Martin Is Over”