Yesterday was the last road race this weekend.  I’m not going to go into the whole race play by play.  The race was fine.

The Hogeye course is challenging, but it rolls so fast back after the climb it is super hard to make a break stick.  It is a pretty easy course for a professional team to control.  And even in the 1/2 race, the field rolls so fast that it will be most likely a field sprint.

And that was what it was.  Flash forward to the final 5 km.  We caught the final break right after the 5 K sign.  Then it was a positioning deal.

I am pretty good at positioning normally.  I just don’t fight for position, until it is important. That was with about 2 K to go.  I was on the right, sheltered from the wind.  With about a K to go, I got up to pretty good position, on the eventual race winner,Chris,Stumolo’s  wheel.  He was getting led out by Friday night’s winner, his Lumpus team-mate, Kyosuke Takei.  But the field did a mix and I was on Kyosuke’s wheel.  Chris stuck his elbow into me and I slapped it and said sort of said “bad boy” in other words.  Then I moved over, qcws him on, to let him have the wheel.  I wanted to be on him.

When it started going fast about 200 meters from the final corner, I jumped and realized, once again, that my front tire was virtually flat.  I had been riding in the gutter in some shit, so I guess it doesn’t surprise me now.  There was only one corner to negotiate and I decided to just go for it.  I went into the corner in 3rd, on the two Lupus guys, hoping they were going to swing out wide, but the didn’t. I’m pretty good at turning on pavement with low pressure from cross and just drifted my front wheel.  I lost a couple bike lengths and stood up.

It was about 300 meters to the finish.  When Kyosuke swung off, Jesse Kelly was coming by on my right and got sandwiched between us.  I moved over to let him by since I was on a flat.  I stood up again and kept sprinting to the line.  Right at the line, my cross team-mate, Garrick Valverde came by to nip me for the final time bonus.  He needed the bonus way more than me, so that was a good thing.

I have to say I was lucky to finish in 4th.  But super unlucky to flat once again at the very end of the race.  It’s not like I am riding some cheap clinchers. These are brand new Vittoria sewups. I’m not saying I would have won, the guy that won was pretty big and looked like he could produce 500 more watts than me, but I would have liked the opportunity to give it a better go.

I did feel okay all day.  Nothing stellar, but not bad.  I wasn’t climbing that great, but good enough.

Today is the final stage, an hour criterium at noon.  It is going to be close to 80 again, so kind of warm.  I drank a bunch of pickle juice again yesterday and didn’t cramp.  It is probably just in my mind, but it seems to help some.

Tucker was dead to the world last night after hanging in the feed zone all day.  He doesn’t have any idea how common that is going to be for him. 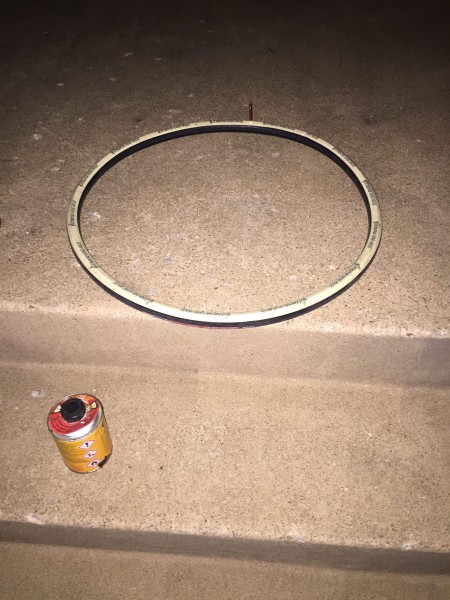 Kind of tired of gluing tires in the dark. 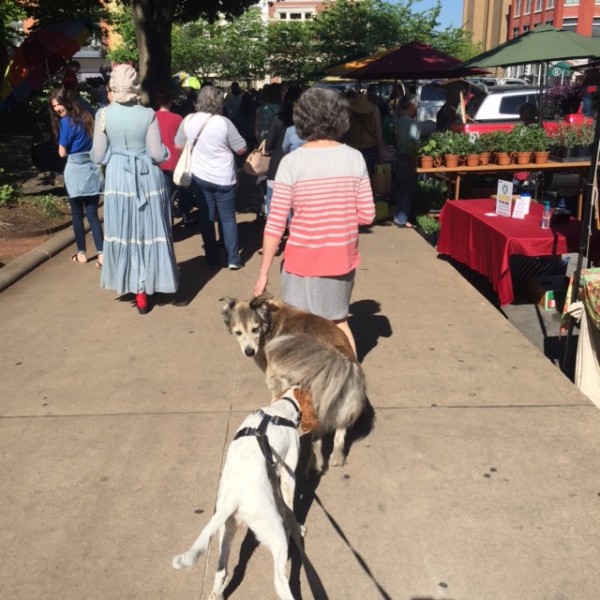 I went to the farmer’s market, in downtown Fayetteville. yesterday before the race. There were more dogs there than any farmer’s market I’ve been to. 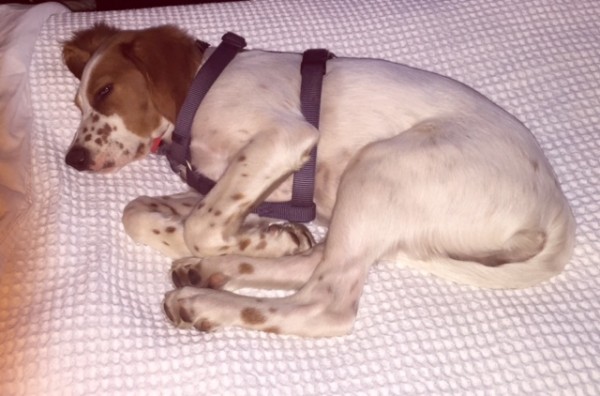 Tucker was too tired to sleep last night.