Yesterday I rode my MTB.  I still had the number plate on from the Berryman Epic, which was over 6 months ago, so that goes to show you how much I’ve been doing this.  It isn’t that I haven’t thought of riding trails.  It is that my hand, actually my thumb and ring finger, have been broken for the past 4 months and that I couldn’t do it.

I drove over to Lawrence and met up with Brian.  Brian is from a running background and took up racing bikes relatively late in life, in his 20’s.  He has huge power and pretty good skills. Actually really good skills when he decides he needs them.  I was thinking about it and I only think I’ve seen Brian fall once in a race.  And I’ve done tons of races with him.  He is pretty quick on a MTB.

Anyway, it was going to be a nice day for riding, even though the whole area is covered in smoke from burning fields.  I am super sensitive about the subject, so I just better drop it now. We went to the Clinton trails and it was a blast.  We didn’t ride that long, not even an hour and a half, but that was enough for me.  I was pretty rusty.  But riding my “new” dual suspension bike allowed me to be rusty and still recover from mistakes.  Those bikes are so forgiving.  My thumb and ring finger aren’t completely healed, so that is still an issue, but not a big one.

There is something nearly primal about riding a bicycle through the woods on trails. Completely different that riding on the road.  I’m not sure exactly what it is, but I know I missed it.

I saw that Peter Sagan is going to race MTB’s before heading over to Tour of California in May. That seems sort of nuts to me, being current Road World Champion, and just having won Flanders, but it is cool at the same time.   He was Junior World MTB Champion, so obviously has the skills.  That would be a blast racing in those races he’s doing.

There is a local race here on Sunday and I think I’m going to do it.  It is at the Lawrence River Trails, which are fun, but not very technical.  I have to get back up to speed riding off-road and there is no better way than to race.  Training off-road isn’t close to the speed as racing. 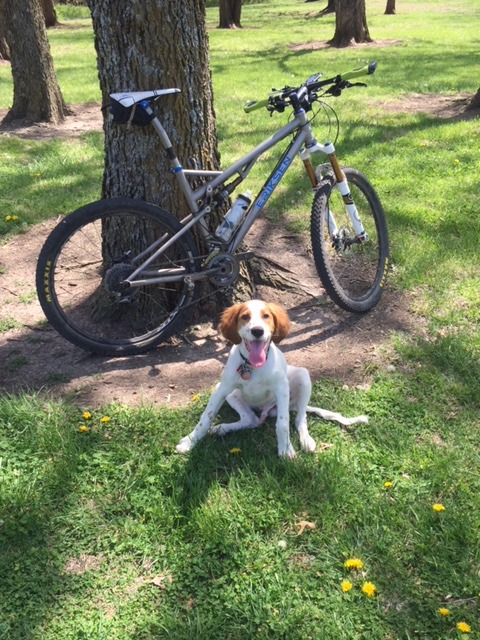 Tucker did his first trail run with me on a bike. He loved it. 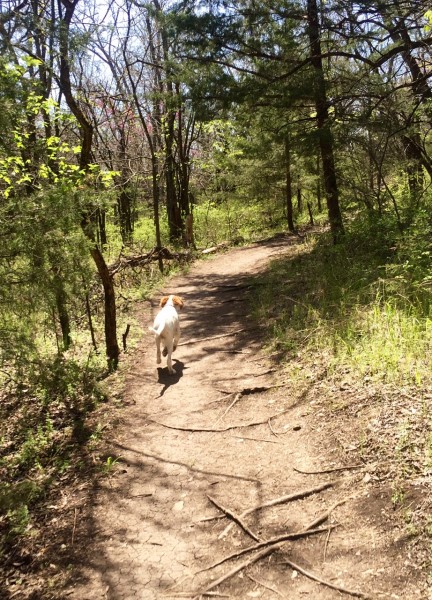 We only went a mile. I don’t want him to run too much before he is all grown up.