I watched the movie The Program last night.  I wasn’t really that interested in watching it, but it kind of just happened.  If you don’t know about the movie, it is about Lance and his career, mainly related to his doping in the sport, which was nearly constant.

I think they did a pretty good job covering nearly a 20 year period.  Obviously it just hit on the main craziness and extent of his doping.

The movie started when he was wearing a World Championship jersey, so it must of been the spring of 1994.  He is lined up at a race and there is Johan Bruyneel lined up telling him that he is going to get smeared.  It goes on to show him driving over to Switzerland with a some other riders to buy EPO.

That is the only part of the movie that I think is really off.  And it really is the only part that I have any first hand information on.  You see, when Lance called me a couple years ago, I got into a discussion about when he started doping.

He said that he was racing in 1993 “on bread and water”.  That the Triple Crown, where he won a million dollar bonus, and the World Championships, were his god-given talent.  I told him that I couldn’t believe that.  I was at all 3 races at the Triple Crown and those performances were super suspect.  More than suspect, just ridiculous.

Anyway, I was in California when Lance called and when I got home a couple weeks later, there was the book “Cycle of Lies” sitting in my pile of mail.  I didn’t read the book, but was flipping through it and saw the section that was about John Hendershot.

Hendershot “Shot”, had been the soigneur for Len Pettyjohn forever.  He was working domestically.  Then he moved to Europe to work for Motorola.  In the book, Hendershot is quoted as saying that by 1993,  “Armstrong was using all of those substances”.   Those substances were “bags filled with the blood booster EPO, human growth hormone, blood thinners, amphetamines, cortisone, painkillers and testosterone”.  He said he never personally administered EPO to Lance but was “aware” that he was using it.  Here is a link to an article to Shots whole statement.

So, anyway, I don’t know why in the movie they imply that Lance was clean when he won the Worlds.  And why Lance would tell me that he was clean then?  Seems weird.  I definitely believe John Hendershot over Lance.  John has no reason to lie.

Anyway, when you see it on film, guys using syringes and taking drugs, it brings it to reality.    I can’t imagine how many times that occurred throughout his, or their careers.  It is creepy.

If you’re interested in the whole deal, it isn’t a long movie.  It is entertaining enough. I thought it was hilarious when I heard the actor that played Lance, Ben Foster, doped during the movie with PED’s, to get into character. Go figure.  I’d just as well like to forget the whole thing. 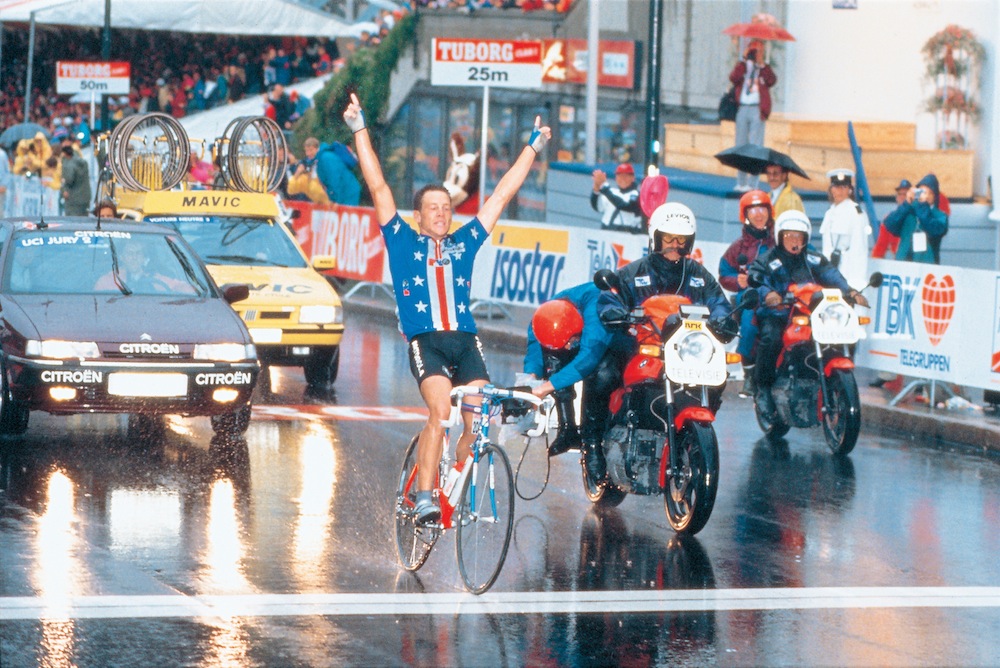 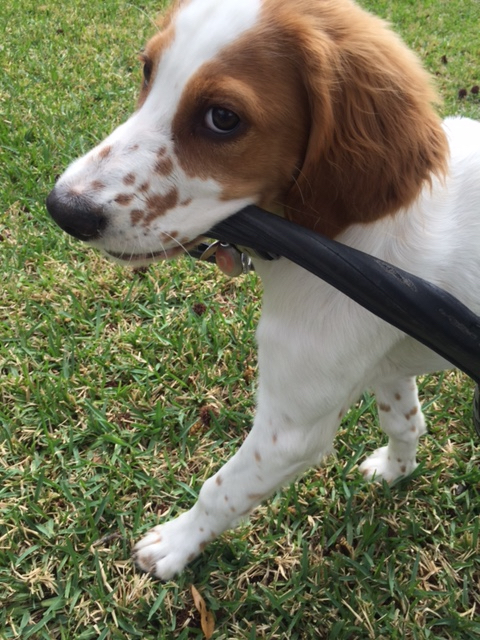 Tucker is now into playing with old tires. This might not work out so well?

28 thoughts on “The Program – the movie”