It is really a personal deal. Trying to figure out oneself is the key to success.  I’m sort of all over the place currently.  Sometimes I think it is an aging deal, but like I wrote last week, it really isn’t. I’ve been experiencing this fluctuations for decades, so you’d think I would get it by now.

I raced twice this past weekend.  Both races were part of the Jayhawk Cycling Classic.  There were no prizes and the entries all went to the Kansas University Cycling Team.   On Saturday there was a 41 mile road race, 5 laps of an 8 mile course.  Pretty windy and sort of hilly.  Sunday there was a criterium, more like a .8 mile oval with half uphill and the other half down-ish.  And it was windy, like super windy.

I’m not going through the whole race recaps.  On Saturday there were a little over 20 guys at the start of the 1/2 race.  Super early 8 of us rolled away.  It was nice being about to just ride hard and not really worry about playing cat and mouse.  I was looking for two hard days of riding and this was perfect.

What wasn’t perfect was how my legs felt.  Especially my left leg.  It seemed to be barely functioning.  It wasn’t good from the start and got worse at the end.  Finally on the final lap it was completely seizing up.  And it wasn’t even hot, mid 60’s.

I attacked the last lap and it was all getting sorted out and all of a sudden, one guy had rolled away and the remaining four of us were racing for 2nd.  And then my hamstring cramped and I pretty much pulled the plug.  I ended up 5th, not totally destroyed, but hurt.

Sunday Bill and I rode the 30 miles over to Lawrence with Keith and Dennis.  Same deal, really windy, mostly tailwind on the way over.  Dennis is approaching 100 miles for the year, so his first hour was hard because of the hills.  Did I mention it was in the mid 80’s.  It felt like the upper 90’s.

Dennis asked me why I was racing since I was sort of limping around.  I told him that I was just going to keep racing cramped, getting my body used to it.  No pain, no gain.

Actually, my leg felt pretty bad walking, but riding it was better.  There were the same 20 guys that were there the day before except the Olathe Subaru guys that had done the collegiate race were racing the 1/2 race.  Benn Stover had won on Saturday and Garrick Valverde won early on Sunday, so KU swept the events,  There were so many collegiate racers, super cool.

Same deal, the race split early.  I put out some big efforts to finally get isolated with 3 Olathe Subaru guys.  Next thing I know, Kent Woermann rolled up from behind, which surprised the hell out of me.  We were going pretty good and he bridged up solo.

I pretty much conceded instantly.  I was hurting pretty badly, hardly able to pull through and it was 4 against I.  I just told them to figure out where I was going to finish I and was good with that.  Like I wrote above, I was looking to ride hard and getting dropped and riding around alone wasn’t what I was looking for.

I started feeling much better after about 5 minutes, which was surprising, especially to me. Later on the last 1/3 of the race I wasn’t actually bad, close to okay.  I felt fine and was pulling fine.  I would have actually liked to have gone harder, but two of the guys had raced already and they were pretty tired.  Benn was riding super good though.  Eventually Garrick jumped away, then Kent jumped on the last lap and caught him and they let Kent win, which he was deserving of.  I finished 4th.

We split prizes equally, but since we were racing for glory that is what we split.  I figure I got the r.

Here’s what I don’t get.  Looking back on the power numbers, I was riding really well.  On Saturday, I had the highest power from 40 minutes until 1:50 that I’ve ever done.  And on Sunday, it was really good.  But I didn’t feel like I was pedalling good at all.  I was riding about as hard as I could go some of the time and it was super windy, so even drafting it was hard.

According to Strava’s formula for form and fitness I’m the fittest I’ve been since I broke my hip back in May of 2014.  I’m not sure I believe that, but I don’t really follow that much, so what do I know.

Anyway, Bill and I rode back to Topeka the 30 miles.  The problem was the wind was just getting stronger, probably close to 40 at times.  We went and got a cup of coffee, even though it was way too hot for coffee and then decided to ride gravel back, which is sheltered mostly.  Bill was on sewups and we were worried he only had one spare.

That wasn’t the issue.  I was riding my training wheels an the gravel was all new and thick.  I flatted 3 times, so both my spare tubes and one more.  Bill had some glueless patches from Planetbike.  I was interested how those were going to work.

The first one failed on a snakebite.  The next one held on a single hole.  I got pretty lucky that Bill had those with him.

Anyway, the weekend was good.  I feel better today than before the races.  I might have turned a corner on riding.  I felt pretty good riding back, my left leg was just catching, not seized.  And it was pretty hot the whole day, which is when I usually have troubles.  I returned from the race nearly 10 lbs less than when I left.  And I thought I was drinking enough. Guess not.

We ate Mexican last night.  Pretty great.  We split two pitches or beer, which I haven’t done in years.  I was thirsty and it went down easy.  I’m looking forward to training this week. I’m crossing my figures that maybe it is all coming together and I might actually be able to race and not just participate. 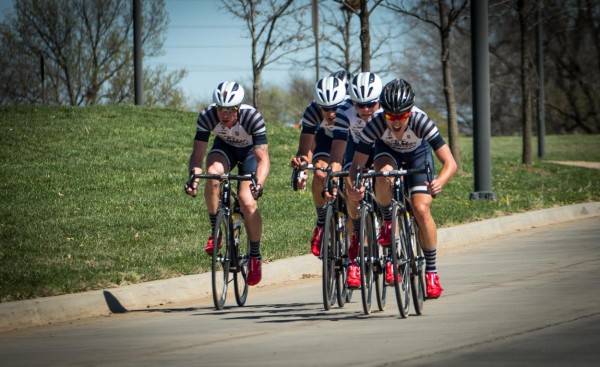 The Olathe Subaru TTT on Sunday. I am the little gray helmet on the back. 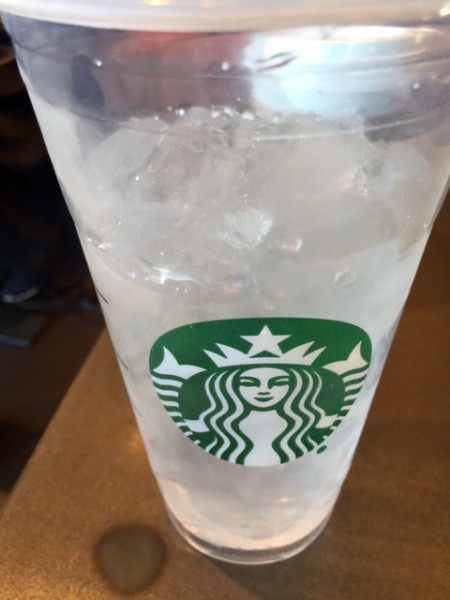 This was so good before we headed back to Topeka. 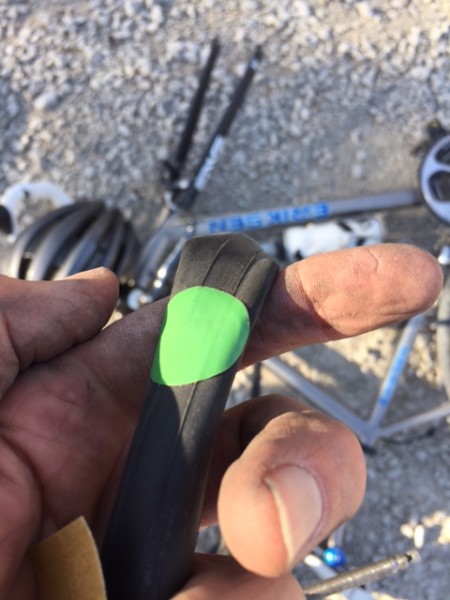 These patches saved the day. 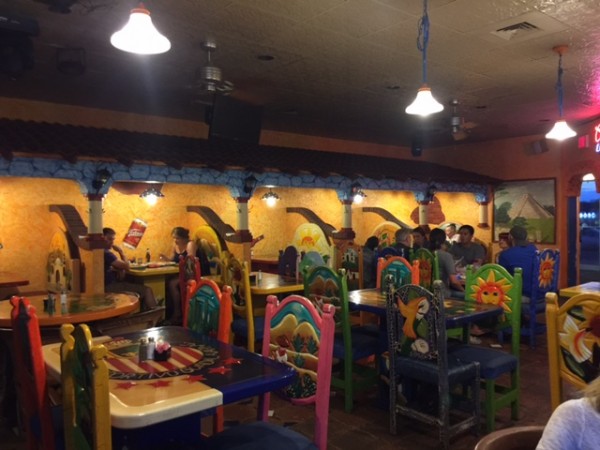 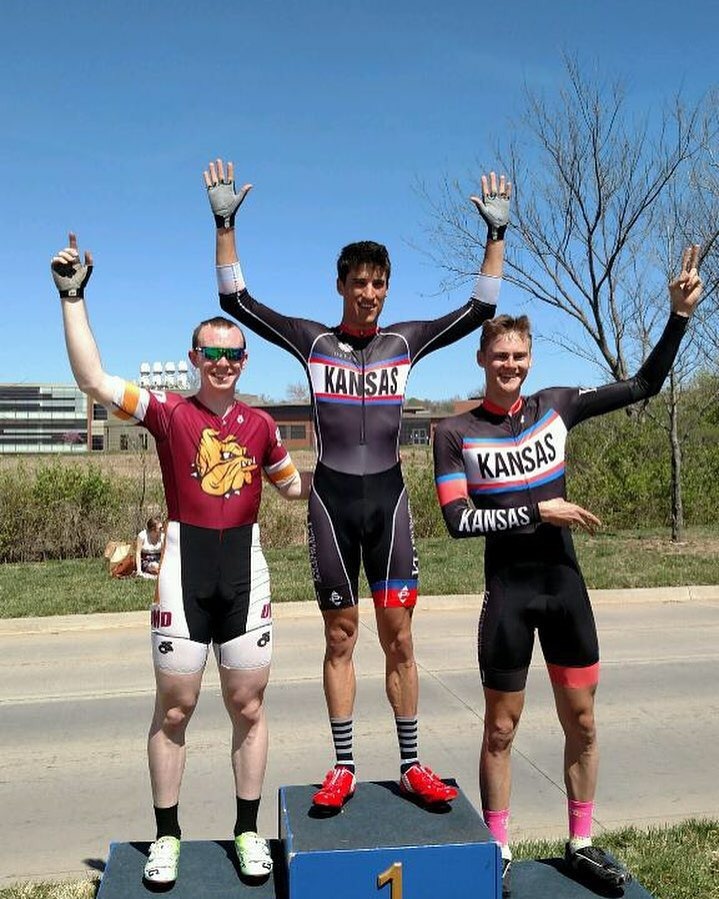 Garrick on the top step of the podium.  Jordan in 3rd. 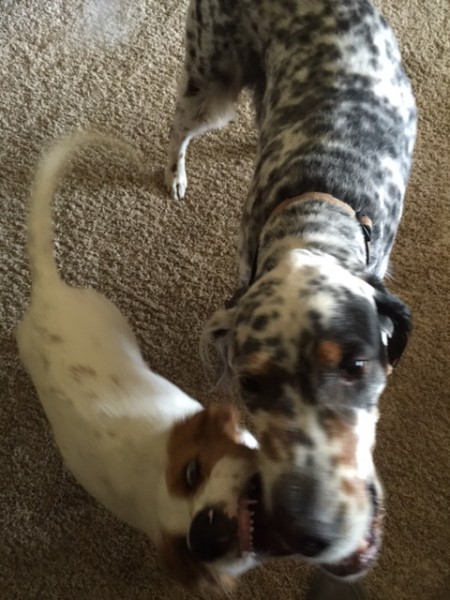 Hawkeye is saving me some of my blood. Tucker’s baby teeth are razor sharp.