Okay, I got an offer, that for some reason interested me, so I’m going to put racing on hold for a few months.

I got a call from a reporter from the LA Times last week and did a fairly long interview about the Nicholas Brandt-Sorenson deal.  The story wasn’t so much on Nicholas selling doping products on the internet but was about the outrage about him holding so many Strava KOM’s in the LA area.

The reporter was asking me if the KOM’s were necessary for Strava’s business model and how much I thought that removing them would cost Strava’s bottom line.

I told him that I was kind of dismayed that the article wasn’t more about a master guy that didn’t hold a license, selling doping products.  And maybe even using them.  He said that was the premise.   I guess we were all still assuming that he was using the products he was selling to grab all these Strava KOM’s under the pseudonym Thorfinn-Sassquash.   I really have no idea if that is true.

The reporter called me up again yesterday and he has been in contact, multiple times, with Strava and they want to do a secret experiment.  At least that was how it was presented to me, but as I listened, the secrecy wasn’t really that important, thus, this post.

Anyway,  someone that knows me at Strava and this guy from the LA Times, they decided that they should fly me out to LA and pay me try to retake as many Strava KOM’s as possible from Thorfinn.  They are fairly sure that I am riding legitimately, ie, no drugs, and are interested whether I can retake any, most, or all of Mr. Sassquash’s KOM’s and how long it would take me to do it.

Obviously it wasn’t an easy decision.  They realized it wasn’t going to be a week proposition, so I told them I needed to drive out to California, to bring Tucker along, and get a place to stay semi-permanently.  Maybe I could set some KOM’s during races?

They said they would put me up in the Shade Hotel, Manhattan Beach, for two, maybe three months, and it was up to me to retake as many KOM’s as I could.  (The hotel has a killer breakfast buffet.)

I went to Thorfinn’s Strava page and saw that he has about 200+ more followers than a couple weeks ago when this all came down.  That old adage, even bad news is better than no news, or something like that ,is true.  Thorfinn set a new KOM on Tom Solane Trail Climb just yesterday.

So, I called the reporter back and told him that I would accept his offer.   I told him that they would need to find someone else to conquer the running KOM’s that Nicholas holds.  They weren’t so interested in those.  He said that the story would be on cycling.

He made sure that I was using a power meter and wanted me to record all the power numbers etc.  I told them that Strava did that already for me.   Another perk out the deal is that I’m getting a new Garmin 1000.  My old 800 is on its last legs and I didn’t think it would cut the mustard for this important endeavor.   We also talked about using a bicycle with a motor to see how many more watts it might take to reclaim the KOM’s that are too far out of reach for my meager abilities.  Seems a little ridiculous.   I don’t think that is a very  plausible idea?

I have a couple weeks to get everything in order.  I’m hoping to maybe race Joe Martin and then go out with some good form.

So,  I am going to be a the first professional Strava KOM reclaimer I guess. Not a bad gig.  Strava is sending me clothing.  I suggested that they get Thorfinn’s clothing company Brandt-Sorenson, to make the clothing(I’m interested in seeing what a $400 pair of bib shorts feel like), but I think they already have their own clothing.  Maybe I can get Nicholas himself to escort me on some of the segments?

I figure I can probably schedule 10 KOM’s per ride, so it will take me close to 90 days to try them all.  Some I might have to ride a few times, wind aided, etc., so maybe it might take a little longer.  I’m excited to be getting paid to do such an important task.    I’m hoping I can rally a few good riders to help me out later this month in the LA area.  Remember to follow me on Strava to keep up with my quest. 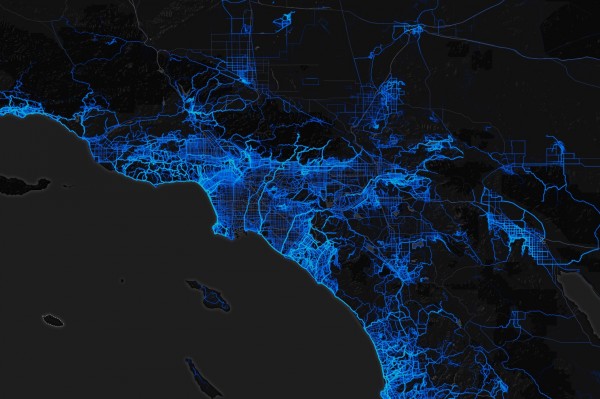 Heat map of the LA area. I’m studying it. 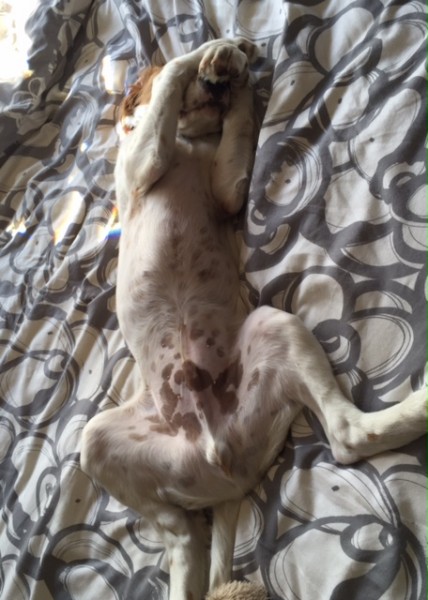 Tucker didn’t like the idea of living in a hotel for 3 or 4 months very much. I guess it would be half of his life. (He is such an exhibitionist.)

42 thoughts on “Season on Hold”