Cycling is a pretty intense sport.  One that can/does take some “guts” to participate in.  In reality, it is relatively safe.  I mean that you would think that by watching it, everyone involved would be getting hurt on a pretty constant basis.  That isn’t the case.  Of course, we all do get hurt sometimes, but a casual observer would think that it would be constant carnage.

To get over the fears that one might have in the sport, repetition is what cures it.  Doing the same thing over and over again until you feel you are proficient at it.  Once you have confidence in a certain aspect of the sport, it comes much easier.

A few of the people that I’ve ridden with over the years have talked to me about trying to regain their confidence.  They haven’t been racing that much and riding much more alone.  They feel that they have lost the ability to ride tightly in a pack of cyclists.

A friend said that he was racing Master’s Nationals and the start was straight down long descent.  He said that he and a few other guys were hanging towards the back, scared and next thing they knew was that they were on the flats, 10 seconds behind.  But that 10 seconds turned into an hour chase.  My friend said he was super fit, but was blown by the time he got back to the climb to the finish.

I understand the worries.  I have to admit that I have no desire to race a wet criterium with left corners.  I do not want to fall on my left hip that I broke a couple years ago.  Not that I think that it is going to explode if I fall on it.  It is more an ingrained fear, emotional fear, not intellectual.

One thing I know in cycling is if you are riding scared all the time, the sport isn’t going to be enjoyable for you.  I’ve seen many good professional riders lose their confidence.  That is the start of the end for them.  When they feel that they are taking too many risks for the benefits, they make an intellectual decision to quit.  But it is really an emotional decision.

I was, and still am pretty much, never the best athlete in the races I compete in.  I have to try to compensate for this by riding smarter and by using my abilities better than the other guys I’m racing against.  This is one of the things that attracts me to the sport so much.  The best cyclist, truly the best rider, doesn’t have to be the best athlete, normally.  He has to be a very gifted human, but being the fittest in cycling doesn’t make you the winner normally.  You have to have more in your package than just the genetics.

Anyway, my friends that have been questioning their peloton riding, descending and such, shouldn’t stress about it so much.  I told them to just do the repetitions, put yourself in the situations and that will eventually become the new normal.

I always do this when I start questioning certain worries I have in the sport.  People always are saying it is because you are getting old or ask what do you expect now.  But I can look back upon all the years I’ve raced and realize that I sometimes had similar problems when I was a teenager, or in my 20’s or 30’s.  Eventually it all comes around.

If you didn’t start racing until your 30’s or 40’s, don’t think that it is not coming.  It is just a matter of time and repetitions.  That is why I encourage most new guys, that are super into the sport, to race as much as possible.  You can’t absorb the information in front of you when you are riding afraid.  You need to be comfortable before you can get to the next level, where you make more observations, learn more and then progress to the next level.

And I don’t think that there is a top level or end here.  I can’t think of anything I can do on a bicycle now, or have ever been able to do that couldn’t use some improvement.  I’ve done some pretty incredible things on bikes, but nothing close to perfect.

It is sort of like Jonathan Livingston Seagull.  Work for the perfection.  The job is very rewarding.

“Don’t believe what your eyes are telling you. All they show is limitation. Look with your understanding. Find out what you already know and you will see the way to fly.”
― Richard Bach, Jonathan Livingston Seagull 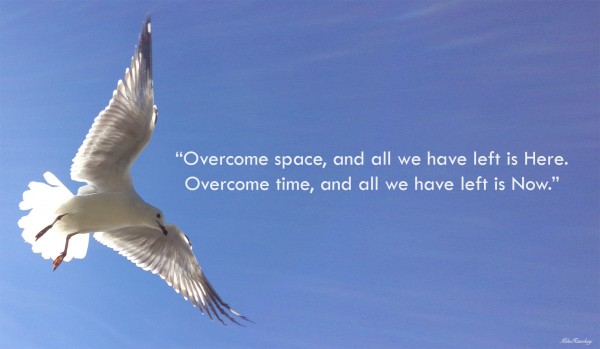 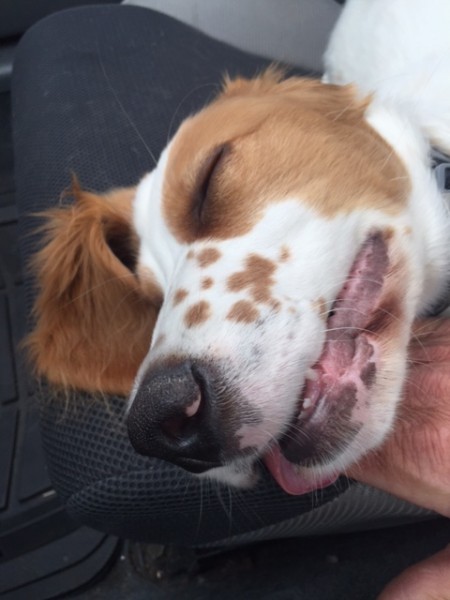 Tucker gets so tired sometimes he sleeps with his tongue hanging out. 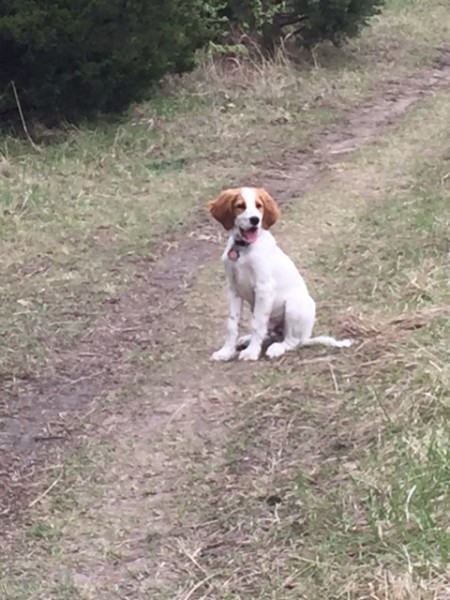