I’m kind of all over the place nowadays in general life. It’s that time of the year where it seems I really feel like racing/travelling, but am not really to the physical point yet.

I took Trudi to the airport yesterday to fly to Belgium.  Actually, she was supposed to fly to Belgium, but ended up flying to Paris because the Brussels airport is still closed after the bomb attack.  The day went pretty quick and she was pretty emotional about leaving Tucker.  She is gone for a little over a month.  Doing a couple races in Belgium, then flying to Italy and taking a car to Sicily to go sit on top of Mount Etna for a three week training camp.  Glamorous job, huh?

I have over 4000 miles for the season and feel like I’m riding like I have 400.  There are lots of reasons this could be, but I don’t know of any one for sure.  I’m having a few physical problems, mainly from my broken hip deal, so I guess I’ll start addressing them one at a time and see if I can fix it some.  Plus, burning in Kansas this time of the year seems to get nearly everyone run down.  It is like allergies, burning and such all come at once, so once the end of March and April is over, then I start feeling better.  That is a long time to be mediocre.

I’m been doing a bunch of car stuff.  Put new brakes on the diesel van and AWD Town and Country.  That is a pretty rewarding job.  Neither of the vehicles has much, if any rust, so the bolts come off easy and there isn’t any hangups.  I’ve been buying parts at Advanced Auto Parts online.  There is always a 20% off coupon, P20, so everything is always on sale.  Plus they give you a $20 coupon for every 100 you spend.  Their prices  tend to match Rock Auto and other internet auto supply places.

Bill’s engine is on an engine stand.  We’ll probably start that pretty soon.  It is going to be a big job I think.  I know nothing about changing an engine in a Honda Odyssey, but I guess I will.  I had to buy a special tool to hold the crankshaft pulley to change the timing belt and water pump.  I probably could have gotten by without it, but I hear that Honda crankshaft bolts are put on super tight.

Dennis is driving down here from Cable to escape the winter there.  He usually makes a pilgrimage about this time of the year.  He just got back from Europe himself, so he is jet lagged. The weather is supposed to be pretty nice, so he’ll get some miles on his bike.  Plus, he’d bringing Hawkeye, so Tucker will have a playmate.

I was thinking about going to Arkansas to race this weekend, but there are two races in Lawrence.  A circuit race and then a criterium.  I should probably stay local when I’m just getting by physically.  There is really no need to travel when I’m just going through the motions.

Okay, I’d better go ride.  It is supposed to storm later today, later this afternoon.  They are calling for large hail and strong winds.  That isn’t good.  I love storms, but I’m not too big on hail, for obvious reasons. 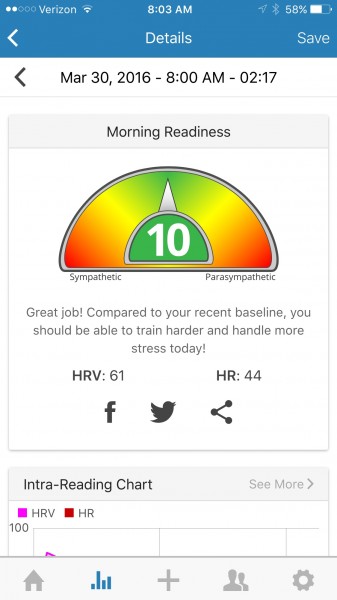 I’ve been using this app on my phone, checking my heartrate and HRV. So far, I’m not too impressed. It says I’m ready to go when I’m dragging in the morning. 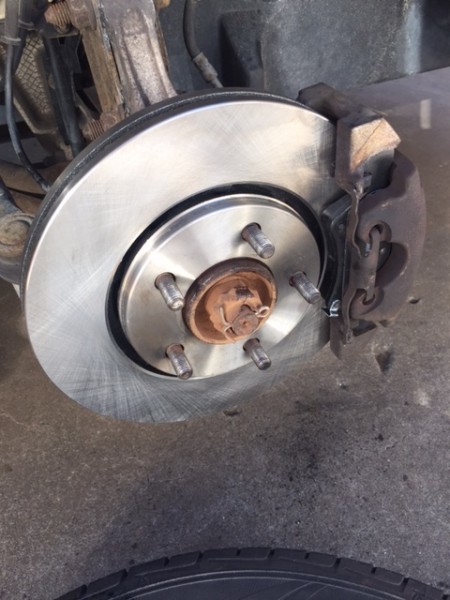 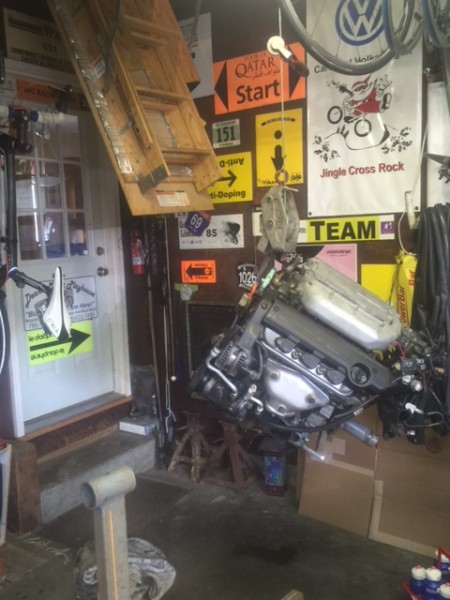 I just used a come along to winch the engine up to put it on the engine stand to work on it. 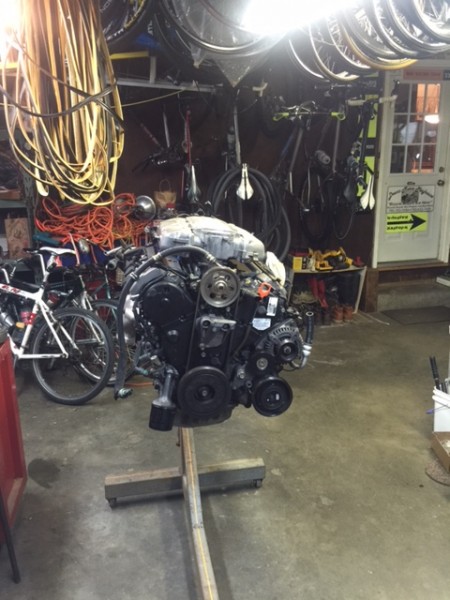 I have to change the timing belt and put on a new oil pan before we start the real job of installing it. 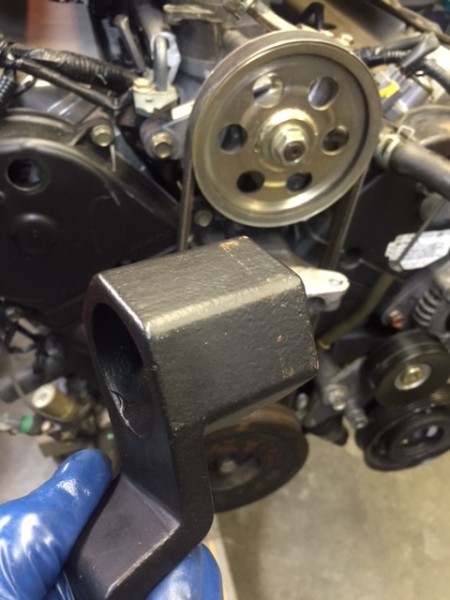 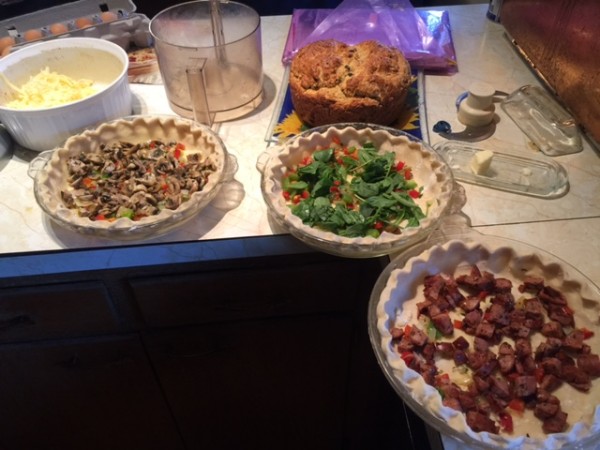 We had a few friends over for Easter dinner. Made quiche. 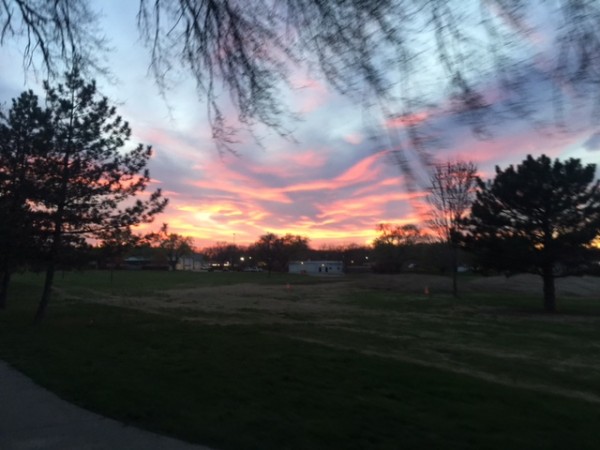 One thing about the burning is that the sunsets are stellar. 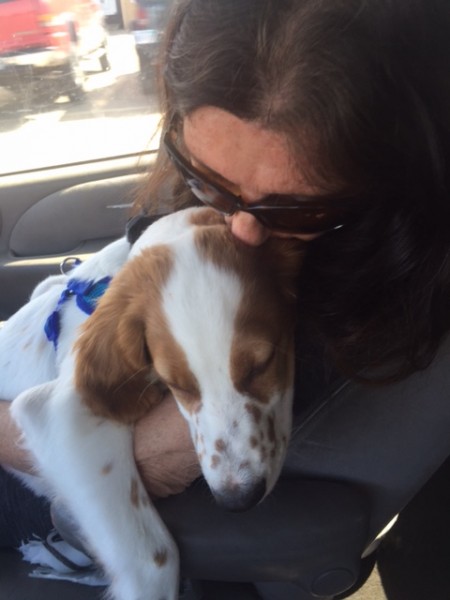 Trudi holding Tucker on the way to the airport. 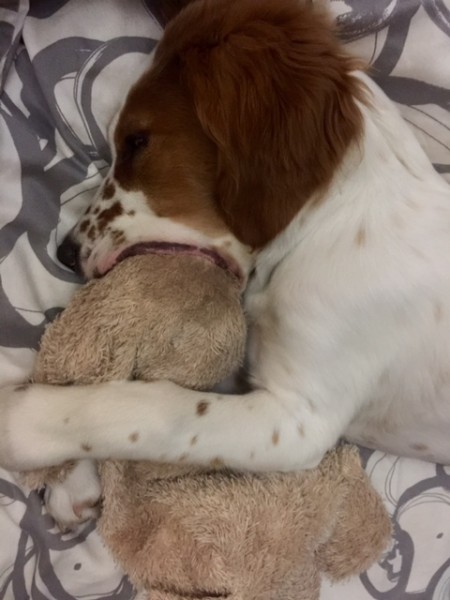 Tucker usually falls asleep with his rabbit in his mouth.