Last weekend I went to the World Cycling League event in Carson, CA.  I don’t usually attend bicycle races to watch, but I don’t really race on the track, so I didn’t have that feeling like I think I should be racing.

Track racing is exciting.  The structure is that the league is divided up into 6 teams, with pretty equal rider strength distribution.  The races go off one after another.  Most of the races are pretty standard, but they do throw in twists which make the events more exciting.

I saw a ton of people I knew.  All the track guys from around here, Nelson Vails, Shawn Wallace, Dave Letteri, etc.  Wayne Stetina from Shimano was there, along with his wife, Barb.  Lots of people from my past.

The funny part of the evening was when I was pulling into Dominguez Hills, it was a traffic jam.  People were directing all the cars to a far away parking lot.  There were tons of cars.  Everyone was walking back towards the venue.  I was thinking this was going to be the most well attended bicycle race in decades.  Little did I realize that the LA Galaxy was playing across the way and nearly all the people were going there.  I felt silly.

But, the people that watched the Galaxy could have been easily enjoying the track racing.  It was super excity.

Upon entering the velodrome, I immediately recognized a familiar voice, that of Brian Drebber. I couldn’t come close to counting how many races I’ve done that Brian has announced, 100’s.  I missed the voice and knowledge behind it.  After the race, Wayne and I went over and said a quick hi to Brian.  He is a great guy.

The Pennsylvania team coached by Gibby Hatton won the competition.  I didn’t know many of the riders, other than Dave Chauner’s son, Michael, who was racing.  All the guys and girls looked like they knew what they were doing.  It was exciting bike racing.

I’m not sure where the next event is going to be held.  Hopefully this will get some traction and it will be a circuit.  Everyone involved seems dedicated to the success.  I hope it works out for them.  Here’s a link to all the results from the weekend. 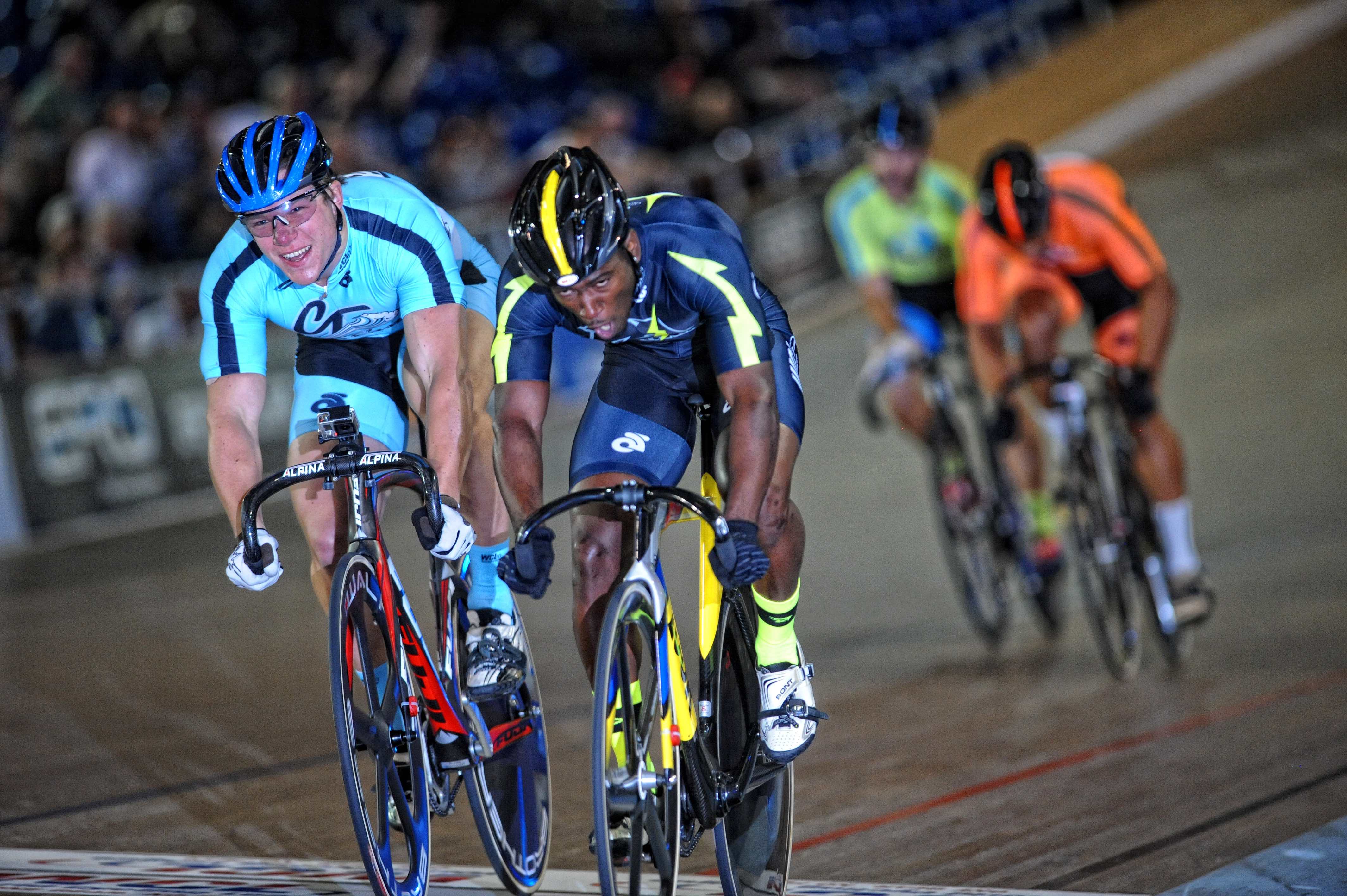 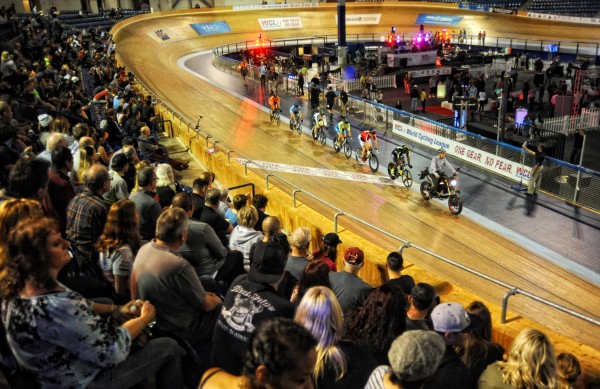 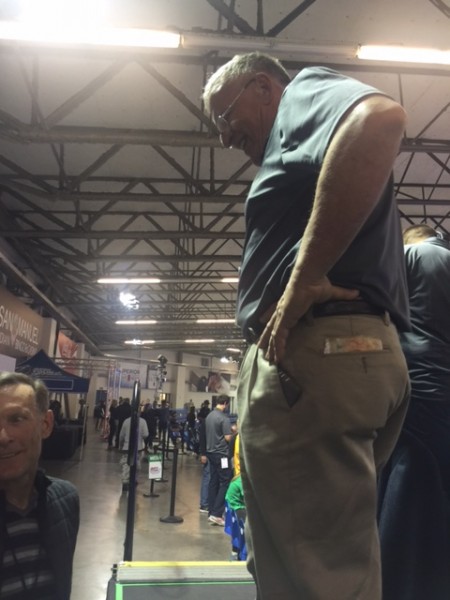 Brian Drebber taking a second from announcing to say hi. Wayne Stetina below. 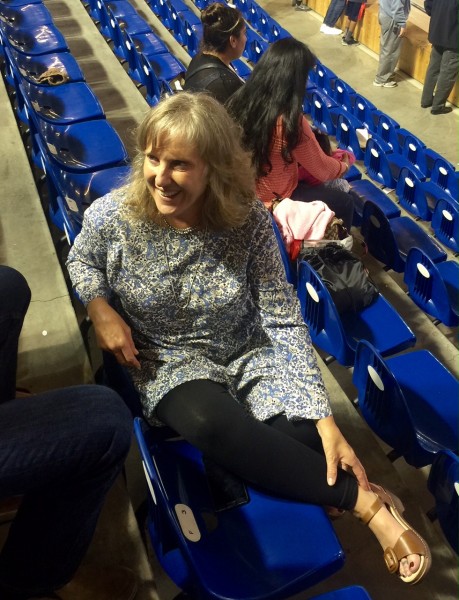 Shelly Versus. She has more energy than anyone I’ve ever met. 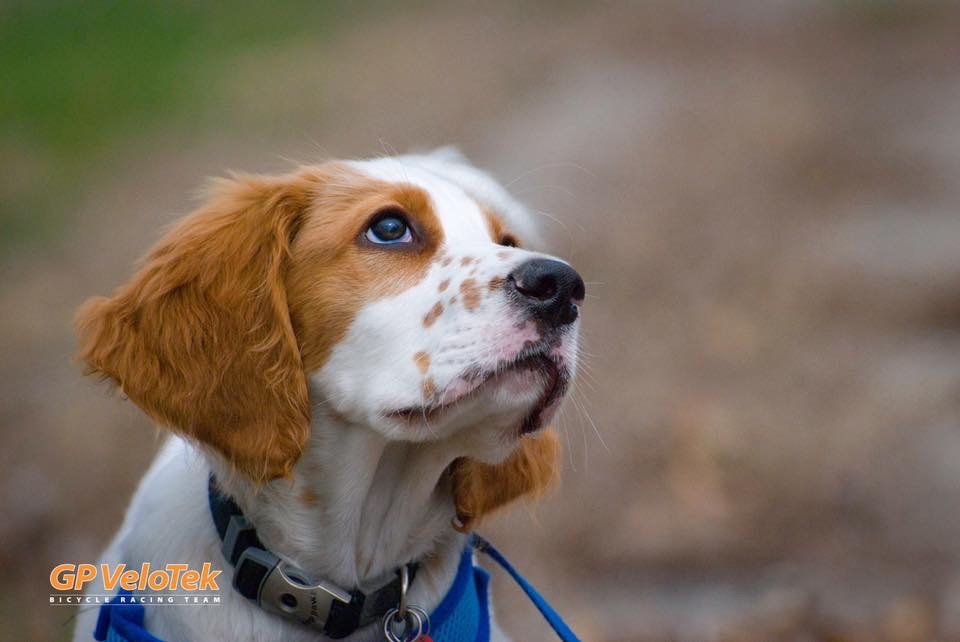 A photo my friend, Jack Funk, took of Tucker, last weekend at the Perry Road Race.