Man, when it rains it pours when drugs in sports come up.  I find it a little insulting that cycling has the reputation of being the most polluted of all sports.  That is hardly the case.  Cycling has its problems, but isn’t the “dirtiest” sport.  Not even close.

Fans that follow cycling should be happy that the powers that investigate doping in sport “chose” to try to clean up cycling first.  It was an obvious path because many of the other organized sports, American sports, plus football (soccer), tennis and others were too big to fail. I think they still are.  So, those of us that cycling is our sport, have had to suffer through all this drama year after year.  And so it will continue.

Now athletics, tennis and some of the other non-American sports are starting to have their turn.  It is going to be ugly.

I think it will continue until the sanctions are raised to meet the infractions.  I have a pretty much zero tolerance for doping.  Of course, accidental contamination and such needs to be handled on a case by case basis.  But you don’t just happen to have CERA, EPO or any of these other oxygen vector drugs in your body.

You have to have, what, 3 infractions, to be suspended for life.  Isn’t it 4 years, then 8, the life? Maybe it is only 2 now, but Tyler’s suspension is up next year and he was suspended twice.

Maria Sharapova’s positive was big.  But big isn’t that big after 1000’s of other athletes have been positive.  What interests me with her situation is that she should have been “too big to fail”.  Sharapova has been the highest paid female athlete in the world for the past 11 years. You would think that she should have received a ton of “warnings” about her potential problem. Guess she ignored them

Her story about using this Latvian drug is a joke.  Even the Latvian pharmaceutical company that produces meldonium said patients should only use the drug for 4-6 weeks, and that may be repeated twice a year, not for 10 years. WADA had issued multiple notifications about the ban on meldonium.  She just blew it.

It will be really interesting to see what sanctions she receives.  I very much doubt it is 4 years.

Compare all of the sanctions previous to what the UCI is pondering enforcing against Femke Van den Driessche.   The UCI, and even Eddy Merckx ,are calling for a lifetime ban.  I have a hard time understanding how motorized doping is worse than doping.  You are trying to cheat using both avenues.  At least with a motor, there is a limited battery life.  That doesn’t seem the case with actual doping.

I think some people think that if you dope, you are actually taking a risk to your health, so since you are doing that, you should get a lesser penalty.  That is flawed.  To me, it seems like the sanctions need to be the same.

Sometime this month, we’ll find out if the Operation Puerto blood bags are to be released or destroyed.  Can you believe how long ago that was and it is still going on?  I think they’ll be destroyed.  There are too many famous Spanish football players, plus a few tennis players, have some extra blood there, and they are too big to fail.  But, it is a different climate now.  I though Maria was in that category.

Anyway, now that track and field, tennis, and some of the other sports are “catching up” with cycling, I wonder if the perception of cycling being such a dirty sport will change.  People tend to remember the first.  And we were the first.

Our sport isn’t fixed, others are just being shown to be just as broken. 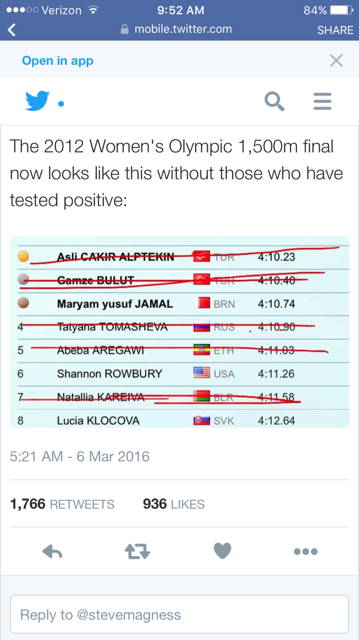 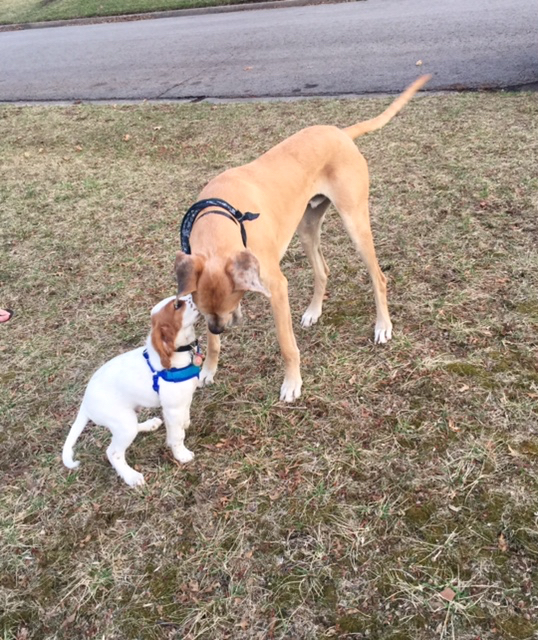 Tucker had a play day yesterday with Diesel. Initially, he was good, then got a little intimidated by Diesel’s size. He eventually got better.