Isn’t it weird how the bike racing season now starts in January and ends whenever.  I’m talking about the road season.  With all this social media and new events throughout the world, guys are doing stage races in early January and already have a dozen race days by the time that some guys do their first ride on dry pavement.  It is only the first of March.  Today I’m doing race #4.

Anyway, yesterday, Bill, Kris and I rode over to Lawrence to the 2nd Spring Fling Criterium.  The day was nearly perfect.  Mid 60’s and pretty calm.  Of course, here in Eastern Kansas that means that they burn the fields.  Very bad.  But, they do it every year and I usually try to bug out for most of it.  I’m not sure how much of that I’m going to miss this year, but I hate it.

The race went okay.  I woke up yesterday with a super scratchy throat.  I was sick for two weeks, felt okay for 3 or 4 days, then yesterday bad.  There are three possible reasons.  1, I swept up a bunch of super dusty stuff for a couple hours the day before, 2, the smoke is just making me raspy, or 3, my brother has been pretty sick for the past few days and it is something new.  I don’t mind 1 or 2 much, number 3 has me a bit worried.

Like I said the race was alright.  It is a points race format, so there are three sprints before the final sprint.  I’m not sure how many guys started, maybe 40 or so.  The race wasn’t the quickest early season race I’ve done, but it was a nice race.  Lots of mini jumps, a few short breakaway attempts, and of course, the sprints.

The Olathe Subaru guys had the numbers again and dictated the race.  All of them have a quick sprints and they were just helping each other out.  I missed up nearly each one.  Most of them I started way too early, bogging down before the finish.  Once I was close, think I finished a close 2nd.

The final sprint I was good, but tapped my brakes at the wrong moment and ended up 4th.  I think I finished 3rd or 4th in the race, but once again, we had to take off to ride the 1 1/2 back to Topeka, so didn’t see the final points tally.  It was an 80 mile day, so that was good.

This morning we’re already gone.  5:45 departure time.  It was super smokey in the city, which isn’t that usual, so they are burning a lot.  I woke up this morning with a super clogged up throat.  Hopefully I feel better by 10 am, the start time of the Tall Chief Road Race outside Tulsa Oklahoma.

Okay, kind of short of time, so that is all I got. Enjoy your Sunday. 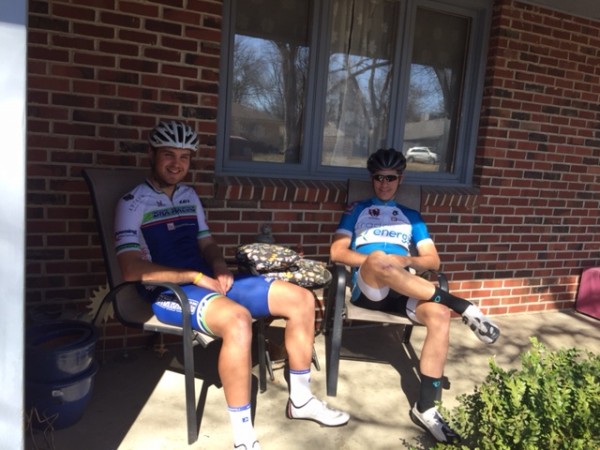 Jack Funk and Bill waiting to ride to the race. 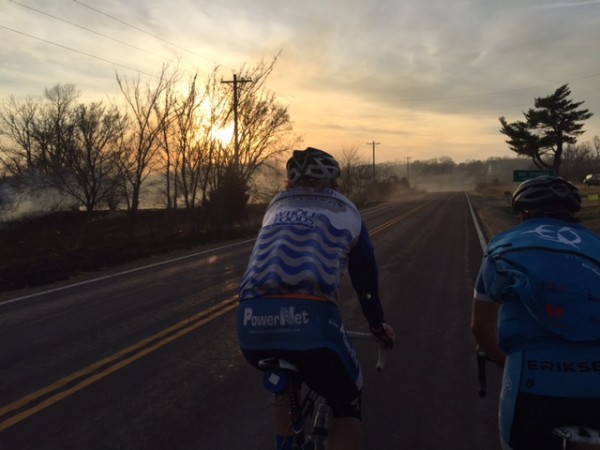 Kris and Bill on the way home. 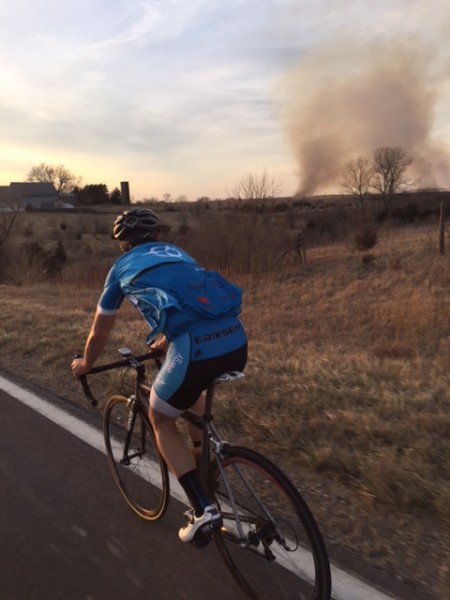 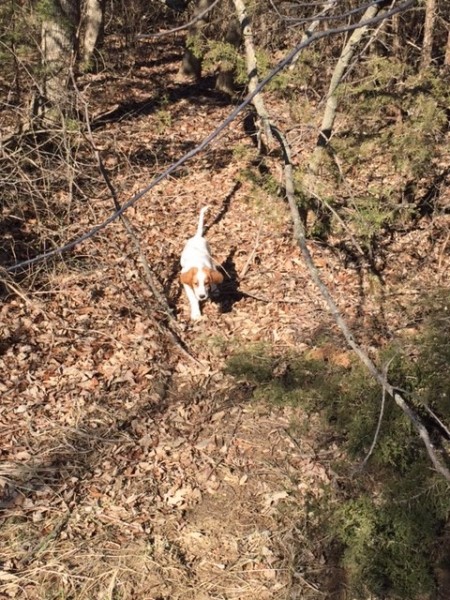