I’ve been riding back and forth to Lawrence from Topeka on the Scenic River Road the past month pretty often.  Mainly this is because I love the ride, but also because when the wind is blowing from the south, which it has been, the route is kind of sheltered.

Around Topeka, more and more of these roadside memorials have been popping up along the roads I ride.  That isn’t a good thing.

A couple weeks ago I noticed a new memorial at the top of the pavement, right before the road turns to gravel.  I was riding with Bill and Kris and asked them what that was all about.  They said that a kid riding a 3 wheeler had crashed and died there.

That made me sad.  I’d seen those kids a couple times the previous two weeks while riding.  I remember even having a conversation with Bill about the last time we had seen a “three wheeled quad”.  Those things were pretty dangerous and I think they recalled all of them or something.  I don’t think it even had a front shock.

Anyway, I stopped at the shrine the next time I rode by it alone.  It is always a reflection of what the person’s friends feel that important to him for them.  There were lots of quarters, a cross, of course, a few teddy bears, flowers, etc.

I think the first time I’d ever seen a roadside shrine is when I was racing the Tour of Baja.  I was climbing the La Rumorosa, which is a long, barren, rocky climb, just south of the US border.  I was dying, barely able to breathe because of all the semis passing me, spewing out diesel fumes.

It was like another world.  I just looked off the edge as I was creeping up the climb and saw all the automobiles and buses that were down the cliffs, laying on the rocks below.  Most of these accidents were marked by a cross, or a make-shift shrine.  Some were elaborate, others just a couple sticks tied together.

I always wondered what the circumstances to each and every one was.  But here in Topeka, I can find out, but choose not to.  It would be so easy to just google search each of these roadside memorials to find of a little about them.  But I won’t.

I would just rather remember waving to those two kids as I rode by.  They seemed to be enjoying the day, as I was.  That is the memory I choose. 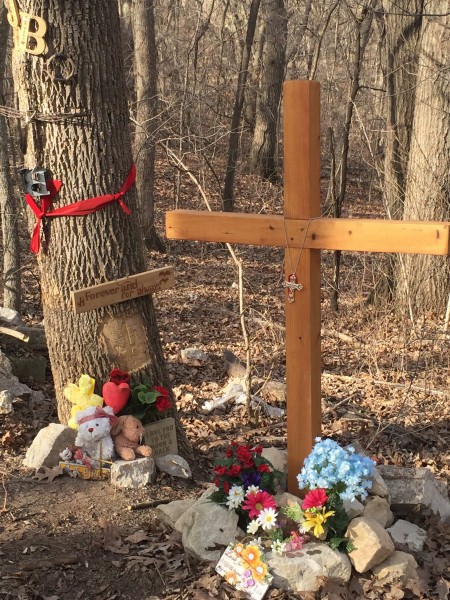 The new memorial along the Scenic River Road. 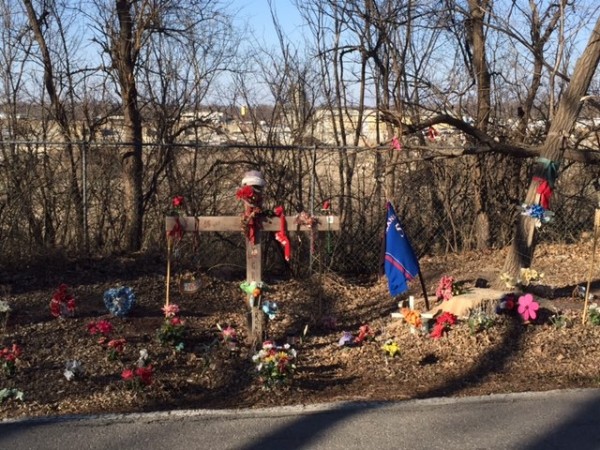 I saw two more the other day. This one. 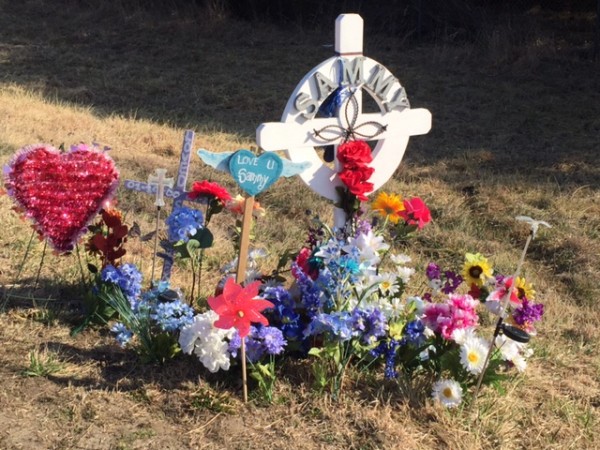 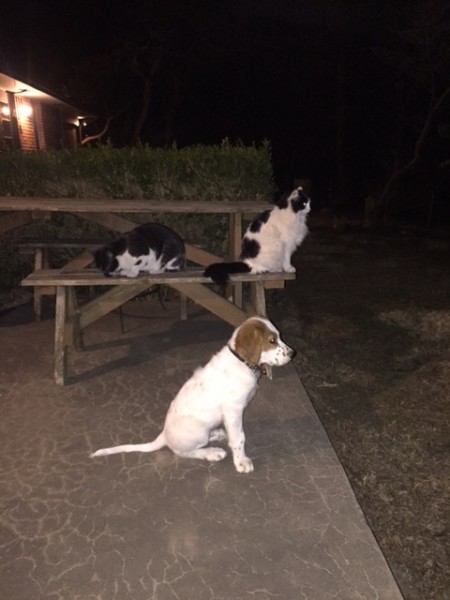 Tucker and the cats get along great.