I’m not sure why every once in a while I feel like venting my frustration with my body.  I think as an athlete, it isn’t that uncommon, but it really isn’t that common to make the issues so public. This website thing really exposes many topics that I would never have guessed would become a topic for public conversation.

I’ve hung out with elite level athletes my whole life.  And I can’t think of one that just goes about their business quietly, keeping their health worries to themselves.  Actually, it sometimes is “worse” with athletes that are trying to get to the elite level.  Sometimes those guys are so consumed with their quest that it is nearly impossible not knowing every chink in their amour.

Anyway, I always find the comments section interesting.  I usually have no idea what direction a comment thread will go.  Many times it takes a 90 degree turn and ends up being about something that has virtually nothing to do with what my topic is.  That is fine.  That is one of the best things about social media.   New ideas and thoughts aren’t created by run-of-the-mill thinkers.

But yesterday, I found it interesting that so much of the comments got on the topic of age and addiction.  Not that there were off base, it was that I don’t think that some of the issues I’m having have anything to do with either.

But the age thing, to me, seems to always consume everyone.

Okay, I’m pretty old to be doing what I’m doing.  That is a given.  But I don’t pay much attention to that.  I don’t feel that much older than the guys I race with and don’t take it into consideration when I’m competing.

Let’s look at what I was complaining about yesterday.  Broken fingers, stiff neck, aching from broken hip and torn rotator cuff.  All these things could and do happen to guys that are half my age.  Actually, if I had a website from the day I started racing, this stuff would have been on it when I was a teenager.

Bicycling did an article on me nearly 20 years ago, with a photo pointing to all the broken bones and injuries I’d had in my life.  It was substantial.  Collarbones, wrists, legs, shoulders, ribs, you name it, I hurt it.  That is one of the downsides to this sport.  Moving fast and then stopping abruptly is not good for the human body.  Hitting the ground, cars, trees, other cyclists, or just about anything can, and will eventually, be very bad for your short term health.

Okay, I’ve had a streak of bad luck recently.  Twice the past two months I’ve crashed.  The first time, my own fault at Cyclo-Nationals.  The 2nd time, breaking a crankarm.  Both times I broke things.  Really, I think I got out of both crashed fairly unscathed.  I’m not sure about what is going on with my neck, but breaking a few fingers and cracking some ribs isn’t that high on the injury list.  But, it is enough to bother me racing and for sure, in general life.

But, I’m not convinced that age has anything to do with any injury I currently have.  I fell on wet pavement and broke my hip.  Tons of people filled out the questionnaire on my website and it isn’t an age deal.  That could have happened at 20.  It just happens that I was in my 50’s.  Same thing with my rotator cuff being destroyed.   Obviously, as you age, your rotator cuff can become compromised.  But, that wasn’t my issue.  I fell extremely hard, on rutted ice and slid a whole hill pretty much only on my shoulder.  Not good.  But not age related.

Did you see that Lindsey Vonn is done again for this season?  She has had her fair share of injuries.  She was getting knee surgery in Vail, at the Steadman Clinic, when I was doing rotator cuff surgery there.  Think everyone is saying that she is too old for sport?  Some are.  But, they are off base.

Here’s the deal.  Injury in sports is inevitable.  The longer someone is involved in sports, the higher chances they have of being injured from that sport.  Cycling is great because very rarely it is an overuse injury. Cycling is very easy on your body in that regard.

But the crashing is another thing.  That is something like downhill skiing.  Like I said above, going fast and then stopping abruptly, or not so abruptly in downhill skiing, is very bad for the human body.

We are all participating in a sport that always has this chance of injury.  I’ve accepted that and think I normally do a good job of dealing with the issues.   I’ve had a ton of issues and I’ve overcome nearly all of them, short term.  I realize that I most likely will have to deal with these same issues again later in life.  Just because I write about it, what seems like often, is because it is what is on my mind at the moment I’m posting.

I’ve raced bicycles for over 40 years.  Probably average 50-70 races a year, so that is 2000+ races.  Road, criteriums, cross, MTB.  I find it amazing that I haven’t been hurt more.  That isn’t even counting the chances of getting hurt just out training.   The human body is unreal and pretty resilient.  But sometimes it has had enough.

Age comes into play, but not as much as you all seem to believe.  And the benefits of the sport outweigh the potential injuries and downsides by a huge margin, in my opinion.

Did I mention that I have a saddle sore. 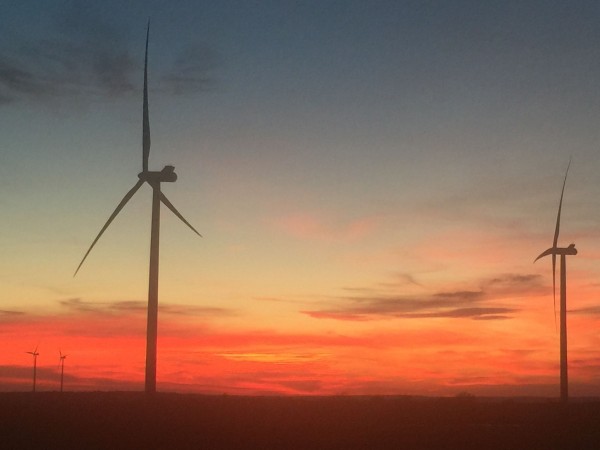 We all hope to ride off into the sunset as painlessly as possible. We have a good sport for that. 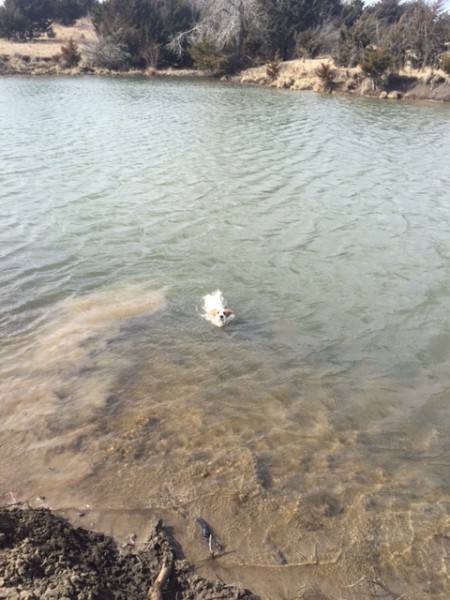 We took Tucker out to the country and this was his first encounter with a pond or lake. He did a little sniffing around, walked up the bank, turned around and ran full speed into it and started swimming out. He soon realized he didn’t have any idea what he was doing, turned around and swam back to the shore. 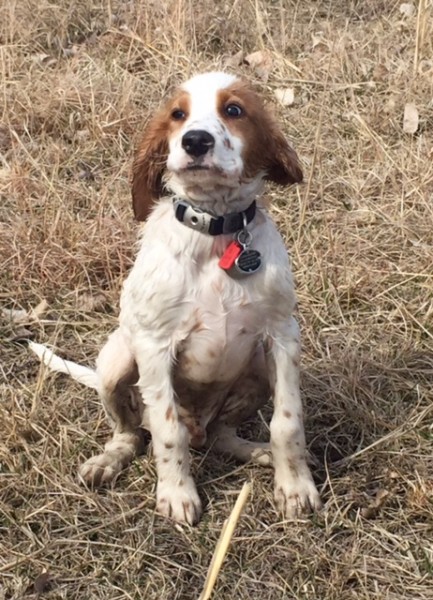 He got a little cold and wasn’t sure about it. Tucker has now been around a month and he has been a super friend.