Last weekend, in two different professional races, support motorcycles ran into riders.  I’m not sure if this is happening more than it used to, but for sure we are all hearing about it more.  I think that it has been going on for a long time and now that social media is so engrained, we hear about each and every occurrence instantly.

It really doesn’t matter, it is bad.  Guys getting hit by motorcycles or support cars is always not a good thing.  It has never ceased to amaze me that more guys don’t get killed by support vehicles during a bicycle race.  And that more support vehicles don’t hit pedestrians either.  It is chaos, but mostly, it seems to be relatively controlled chaos.  But relatively isn’t good enough in some situations.

I’m not big on so many vehicles being intermingled in a bike race.   The race itself is very dangerous and adding a bunch of heavy, two and four wheeled vehicles to the mix, exacerbates it immensely.  I’ve always hated it.

But me not liking it doesn’t mean it is going to cease.  There are always going to be a certain number of support vehicles in a race.  Allowing those vehicles access to the riders is another thing.  The media seems to have a carte blanche ticket at races.  I understand the importance of media at sporting events, but not at the risk of the riders health.  Same with the police motorcycles.

This has been going on for a long time.  The problem is that many of the guys on the motorcycles are ex-racers and guys that are caught up in the competition.  These guys are riding their motorcycles like they are racing them.  It is somewhat normal reaction to a tense environment, but it just adds to the stress and danger.

I’ve never been hit by a support vehicles, but I can say that I’ve had a few very close encounters.
One year at Redland’s, at the Oak Glen stage, I was riding at the edge of the field, a break was 5 minutes up the road.  It wasn’t really going that hard and I was coasting off my seat, stretching my back.  There was about a meter or two to my left of open road.  I was going to go into the gap and move up, and for some reason I happened to look over my shoulder. A California Highway Patrol motorcycle was coming by the field at over 100 mph.  I shit you not.

The guy was passing the whole field of 175 guys at over 100 mph.  It was insane.  I just happened to glance back.  Normally I would have not done that.  If I hadn’t, I would have disappeared into a millions pieces, along with a bunch of other guys.

Anyway, races promoters need to figure this out.  I’m not sure it is up the UCI, as Jim Ochowicz, BMC manager, keeps addressing.  BMC has had a bunch of bad luck with their riders from this. But, it is happening at all races, not just UCI races.  I can’t see how the UCI can make a rule to address each and every support vehicle/rider interaction.

We just all need to be more cognisant of the dangers involved in the sport and try to work as a group to make it as safe as possible. 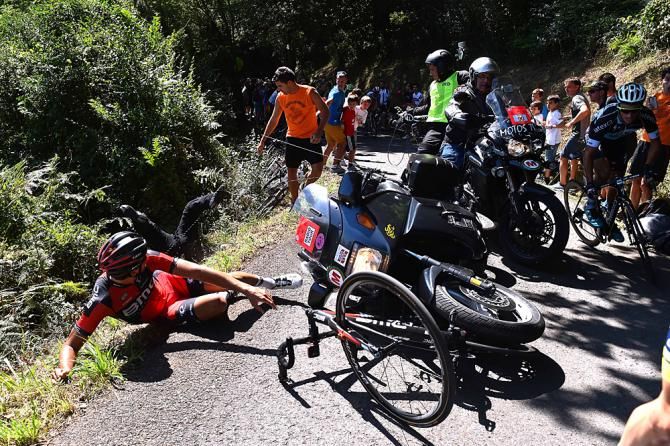 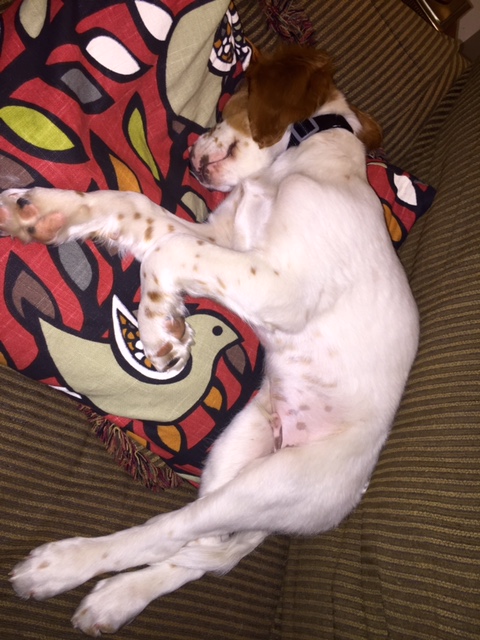 Tucker was too interested in KU smearing Texas last night to win the Big 12 conference outright. He was trying to recharge to use his little puppy teeth to cause damage.