I’ve been itching to race so that what I did yesterday again.  It is sort of hard to explain, but in reality racing local and regional races is much harder than doing huge events.  There is really no place to hide in these local events, so you know that it is going to be a sufferfest from the gun.

Yesterday, Bill, Trudi, Tucker and I drove the 3 hours over to Columbia Missouri to do the kickoff road race of the area, Frozen Toes.  It is a 60 mile road race, 2 laps on a pretty flat course. There is really only one hill and it really isn’t much.

The real concern yesterday was the wind.  This race is known for it being windy, but it was really windy, like consistently over 30 or more.  I had a 41 mph max speed, on flat road, not downhill.

The were nearly 50 guys at the start.  The race started pretty fast, mainly because I started rotating early.  But the wind wasn’t quite right early on and it was just plain super hard.  I didn’t wear a heart strap, but my heartrate was pegged.

Guys kept rolling off the front.  A couple groups of 2 got away, with the first two guys, Hogan Sills and Justin Maciekowicz riding 2/3’rds of the race together, hauling ass.   I eventually got into a group 5.  I was with two guys from the Olathe Subaru team and was on the rivet.  I had to sit out a few rotations, telling the other guys I would get better, which I did.  The problem was that my nose was dripping into my throat and I was aspirating it.  I kept coughing when I was so short of air already, I could barely function.

Soon we absorbed Jonah MeadVanCort and Michael Allison, the only two other guys off the front, other than Hogan and Justin.  The 7 of us rotated pretty good, but it took nearly 30 miles to catch them.

It was really never super easy.  I wasn’t having a good day.  I was comfortable for maybe 15 minutes the whole day.  There was so much sidewind that it was a struggle to get back onto the wheel in front of you after you pulled off.

Embarrassingly, I was mistaken most of the race how many laps we were doing.  For some reason, I thought the race was three laps, but by the mileage, that was obviously wrong.  When we started not working, maybe 8 miles out, I couldn’t figure it out.  I was getting better compared to my group, we were all sort of falling apart, me a little slower than some of the others.

Finally someone told me we were finishing in 5 miles and I was super surprised.  How amateur is that?  I was feeling okay, actually better than I had most of the race.  From Saturday, I realized my sprint is pretty suspect just now, so I took a solo flyer on the last hill, maybe a mile or more from the finish.  I got a good gap, but was riding directly into a 35mph headwind.  There was virtually no side aspect to the wind, thus when I was caught, it was by everyonee.

The sprint was a little chaotic of course.  There was a small amount of bumping, then it was a free for all.  I’m not sure anyone in finished on the wheel of anyone else.  It was one guy, then two or three bike lengths, then another and so on.  Benn Stover jumped way out and looked like he was going to win, but cramped up, but held on for 2nd.  Jonah MeadVanCort ended up winning.  I was 5th.

Bill had a crazy day.  He was off the front, then completely dropped, then caught back on to a the chasing field and ended up riding off the front towards the end to finish 12th.  He said he felt pretty good at the end, which is always a good sign.

I had nearly a 300 watt average for most of the race.  It dropped towards the end when we started dicking around, but it was still high.

It is impossible to train that hard.  Early season racing is super painful, this year, more so.  I’m not sure why that is.  I feel like I’m riding alright, but when I’m hurting, it seems like I’m really hurting.  It can only get better.

The highlight of the day was going over to my friend’s house, Ethan and Laura Froese for a early dinner.  I’ve know those guys forever and it was super catching up.  I’ve stayed with them when I’ve raced in Columbia, but had never been to their new house, which is next door to their old one.  It is super cool, an old brick house with unbelievable character.  Build in cabinets and all old custom woodwork.

Anyway, the conversations were engaging and it was a super fun evening.  Ethan gave me a limited edition  print of one of his dad’s drawings.  His dad was from Kansas and was super into bikes.  Plus, a super artist.  I am honored to possess it.

The day is what truly attracts me to the sport.  Super hard competition, camaraderie with my breakaway companions, then catching up with friends who share the same passion for the sport and life.  Can’t get much better than that. 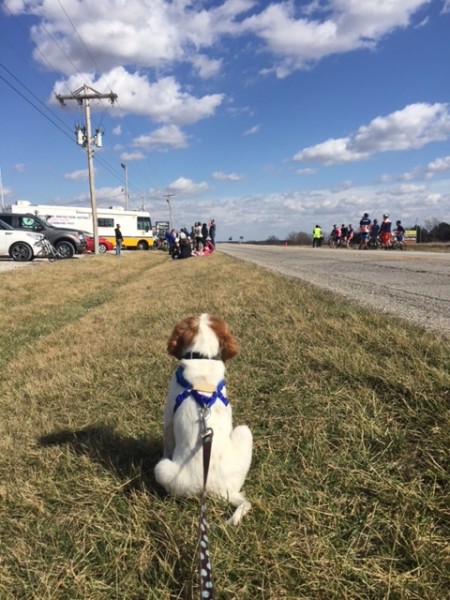 Tucker waiting for the sprint. 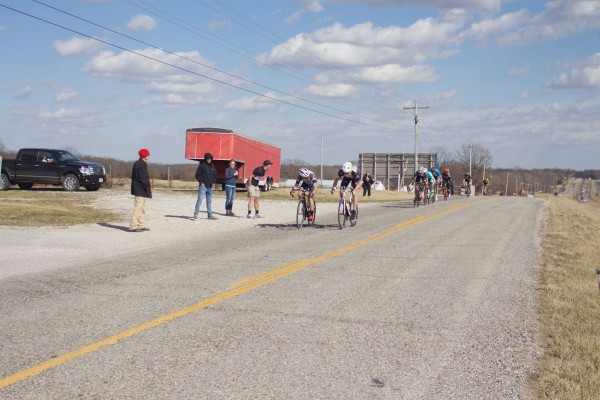 Started in sprint in 5th, finished in 5th. Click to enlarge.  There were originally 9 guys on the hill. 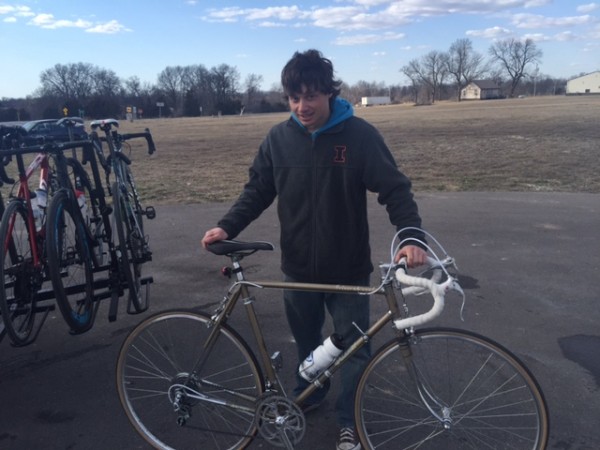 This is a kid that went to University of Illinois. He name is Michael I think. I believe he rode the Cat 5 race. On this. Crazy. It was really 5 gears in the back. He said he was going to get it repainted, but I told him to leave it original. A 1974 Raleigh International really is a beautiful machine. Kickstand and all. 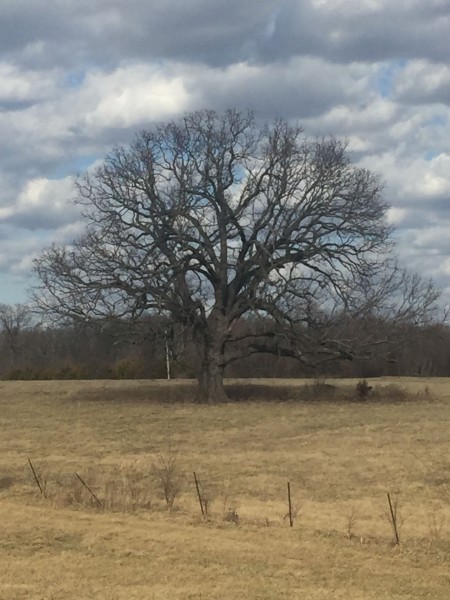 An beautiful old tree I spotted trying warm down in 40 mph winds. 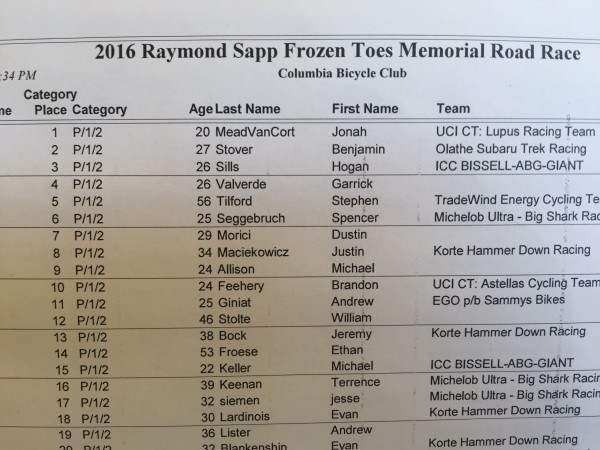 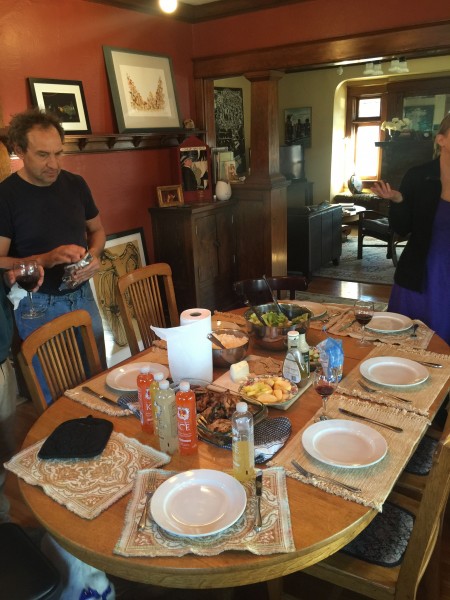 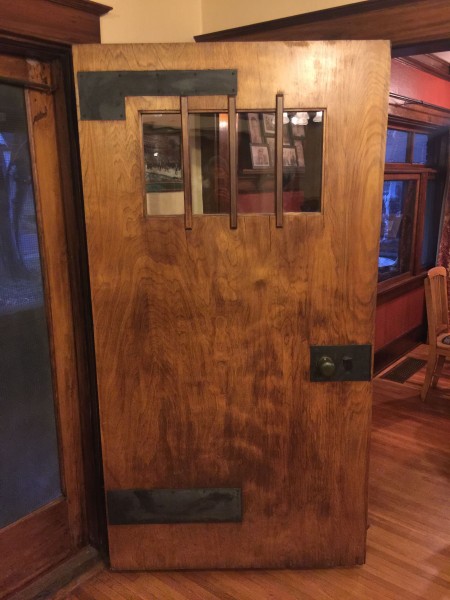 Check out their front door. 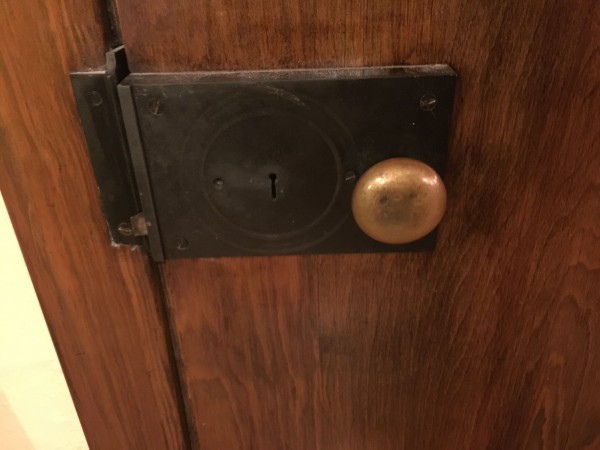 The lock is a piece of beauty. 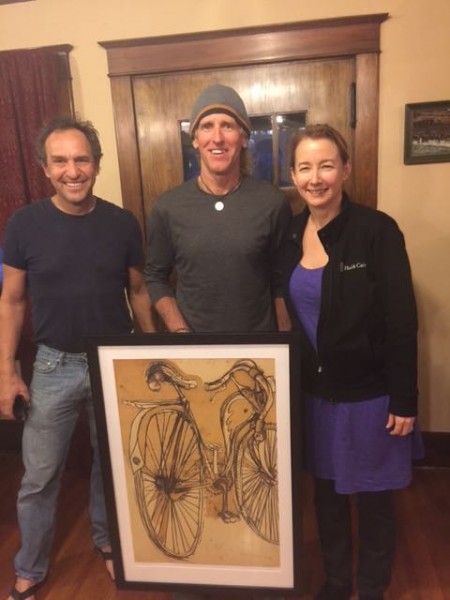 Ethan, Laura and I with Ethan’s dad’s art. 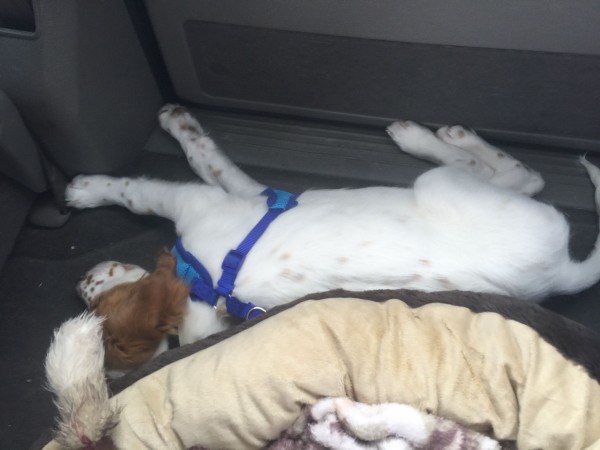 Tucker was pretty exhausted from the day.