Yesterday I finished off a 500+ mile week.  The weird thing is I really didn’t do anything other than just ride.  On Saturday, I did ride Bill home and an extra 3 miles to get to triple digits, but that just felt good.  Yesterday I needed 70+ miles and the ride was just 64, so I did a little extra and ended up with 84, which was easy too.

I have never been too much into big miles.  I’ve only been keeping track of my mileage since I got a Garmin and have been using Strava, which does it automatically.  Cycling is funny, but there are many ways to get up to race speed.  And they differ as much as the weather.

I seem to do better with more miles now.  We’ll I’m not positive about that, but I’m really enjoying riding longer miles, so I’m going with it.   This year, the miles are passing quickly.  And by that, I mean our average speeds seem fast.  I had a 90 mile ride last week at over 21 mph and an 100 mile ride at 20.5.  That is with it being fairly windy, like 15-20 mph.  For the month of February, I’ve ridden a little over 1200 miles and have averaged 18.5.  That is with riding on gravel a few times and more than a couple days with the wind 30+.

Even Bill and my brother were riding big miles.  Bill had a 500 mile week a couple weeks ago and 400 last week.  My brother rode 600 miles, which to me, seemed crazy.  But, the weather has been pretty great here, other than the wind, so it has been easy getting on our bikes.

I have been sick the last two weeks.  I’m not sure if it was from flying, then allergies or what. But I wasn’t sick enough not to go ahead and train.  Cycling is perfect for that.  It is one of the only endurance sports that always you to train through illness.

It is supposed to be closer to normal here today, in the lower 50’s.  I would love to get on my bike and ride to Lawrence and back on gravel, but I know I need to rest.  When I have been riding a bunch it is hard for me to rest.  I know I don’t need any more miles, but want more miles.

I haven’t really done any intensity yet, so this weekend is going to be a shock to the system.  But I’m too lazy to go out and do intervals, etc. when it is so much easier, and enjoyable, just to enter a few races and get up to speed that way.

Since everyone’s mileage is out there, it is so easy to think you’re behind when it reality, it is still only February.  But, the season seems to be nearly year round now, which I like.

Anyway, I can see how it would be easy to overtrain.  Once you get those endorphins going on a daily basis, it is hard intellectually override the urge to just keep going.  Maybe that was Forest Gump’s deal?

But, that is the plan now.  I might even go out and do a few efforts to see if I can breathe deeply and elevate my heart rate over 150.  The only problem with that is they are started to burn the grazing land already, so the air isn’t that great.  I guess that is one of the downsides to an unseasonably warm February. 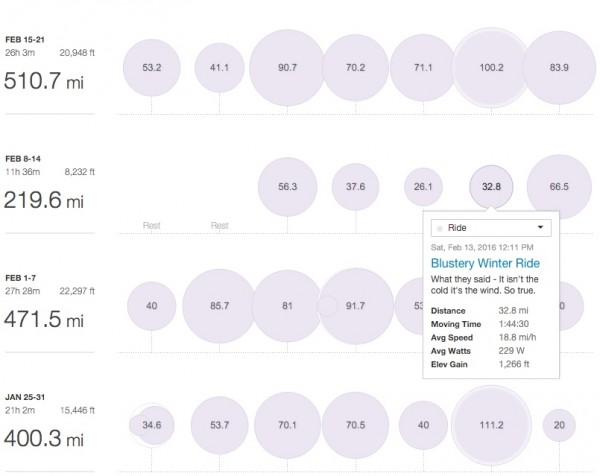 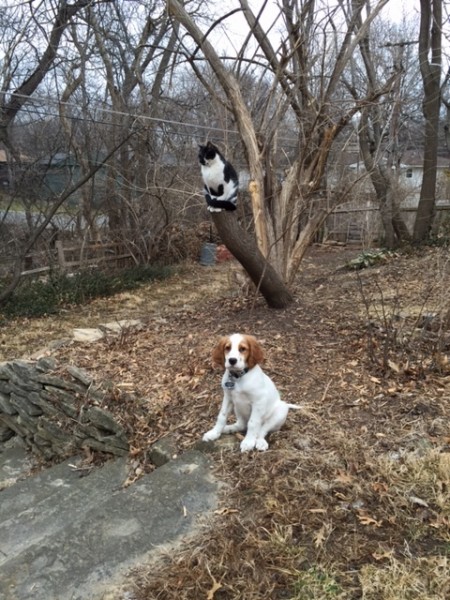