I’ve written a couple times about noises a bicycle can make and how important it is to know the sounds you bike makes.  When you hear something that isn’t normal or doesn’t sound right, it is important.

Yesterday we were out riding for a long-ish ride and a guy had a China rear carbon wheel that was Campy, with an off brand titanium cassette that weighed nothing.  His cassette was coming loose when he got to our house and it took me a while to find a tool to tighten up the lockring, which surprised me.  I almost never don’t have the correct tool to work on a bicycle.

Anyway when we were heading back towards Lawrence, his bike was making a bunch of noises that I didn’t recognize.  I’m not sure if it was a combination of titanium and the weird wheel or what, but nearly every time he shifted, it creeped me out.  Very rarely do I hear a noise coming from a bicycle that I don’t recognize.  It was unsettling.

I looked at post I did a few years ago about bike noises.  Since it is nearly Spring, well a month from now, but if it is warm enough to get out, then make sure your bike isn’t making any weird noises.  Even the slightest strange sound can make a huge impact.  Especially with carbon.  A small carbon crack, which normally wouldn’t make a much of a noise, could be disastrous.

Here’s my previous post  (The best part of the post is the link at the bottom to help diagnose your noises if you aren’t up to speed on what noise is from where.)  –

Here’s list of noises that a bike might make when it is not correct, courtesy of Sheldon Brown. 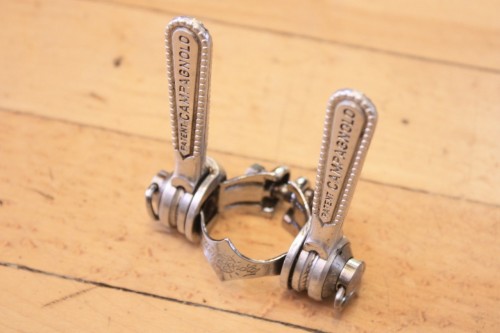 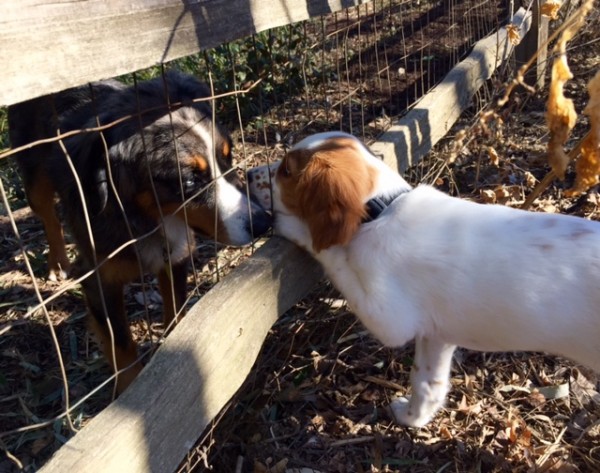 Tucker is getting braver every day. He finally got up the nerve to visit Dickens, the dog that lives in the yard behind us.

7 thoughts on “Noises On Your Bike”