I just was looking at the results from the Tour of Qatar this morning and saw that Alexander Kristoff beat Mark Cavendish in today’s stage by nearly nothing.  That should be an interesting duel this season.  Anyway, it got me thinking about how important a bike throw can be at the end of a race.

I’m really not sure where I learned how to throw my bike.  It was just part of messin’ around training back when I was a kid, I think.  It was one of the things we all did when we sprinted for stop ahead signs or city limits.

Wherever I learned it, if you don’t know how to throw your bike, then you need to learn.  And I guess you do this by going out and training with other guys and doing sprints.

One thing this individualized training has done is made the handling abilities of the riders much worse.  Cycling is such a complicated sport it isn’t like anyone can have all the abilities by the time they turn professional.  No rider has encountered all the conditions they need, even in 5-10 years that they can’t learn something.  I learn or relearn something in just about every race I do.

Anyway, I deviate.  Since nearly all races are photo timed at the finish, your front wheel is where you finish.  Being able to position that wheel a few inches further ahead at the end of the race can make the difference.  So many races have been won, or lost, by a bike throw.

I suggest if you’re not comfortable throwing your bike at the finish of a race, you skip the intervals one day and go out and practice. 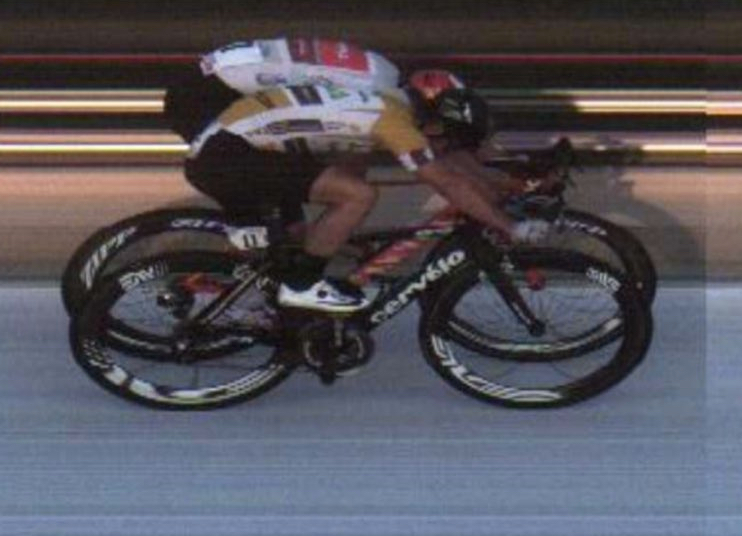 You can see that Cavendish (in yellow) is going much faster than Kristoff because of the relationship of their rear wheels. 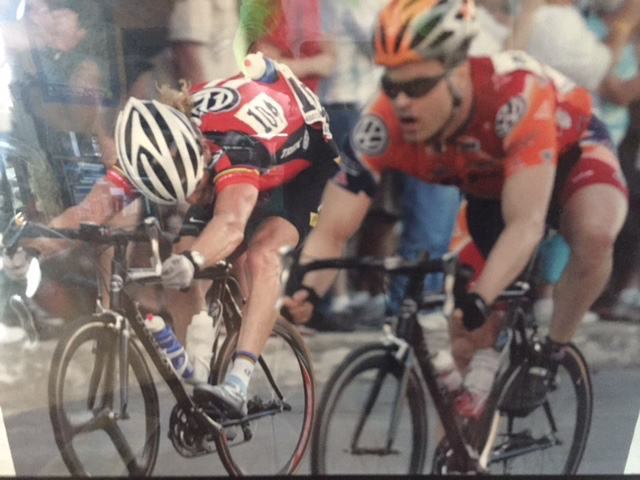 Here is a photo of a photo at the finish of the  Burlington Road Race a long time ago. John Puffer is on my left. I’m pretty far off the back of my seat. It is over a 40 mph sprint and I wasn’t really as close as it looks.  He is much faster than me. 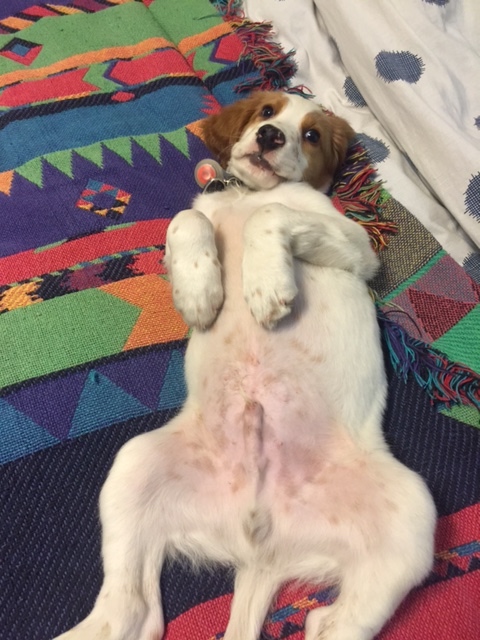 Start of the daily puppy pictures.